Infrastructure in the Great Smoky Mountains was built in the 1950s and 1960s when annual visitation was around 5 million. Now it's on pace to break 12 million. 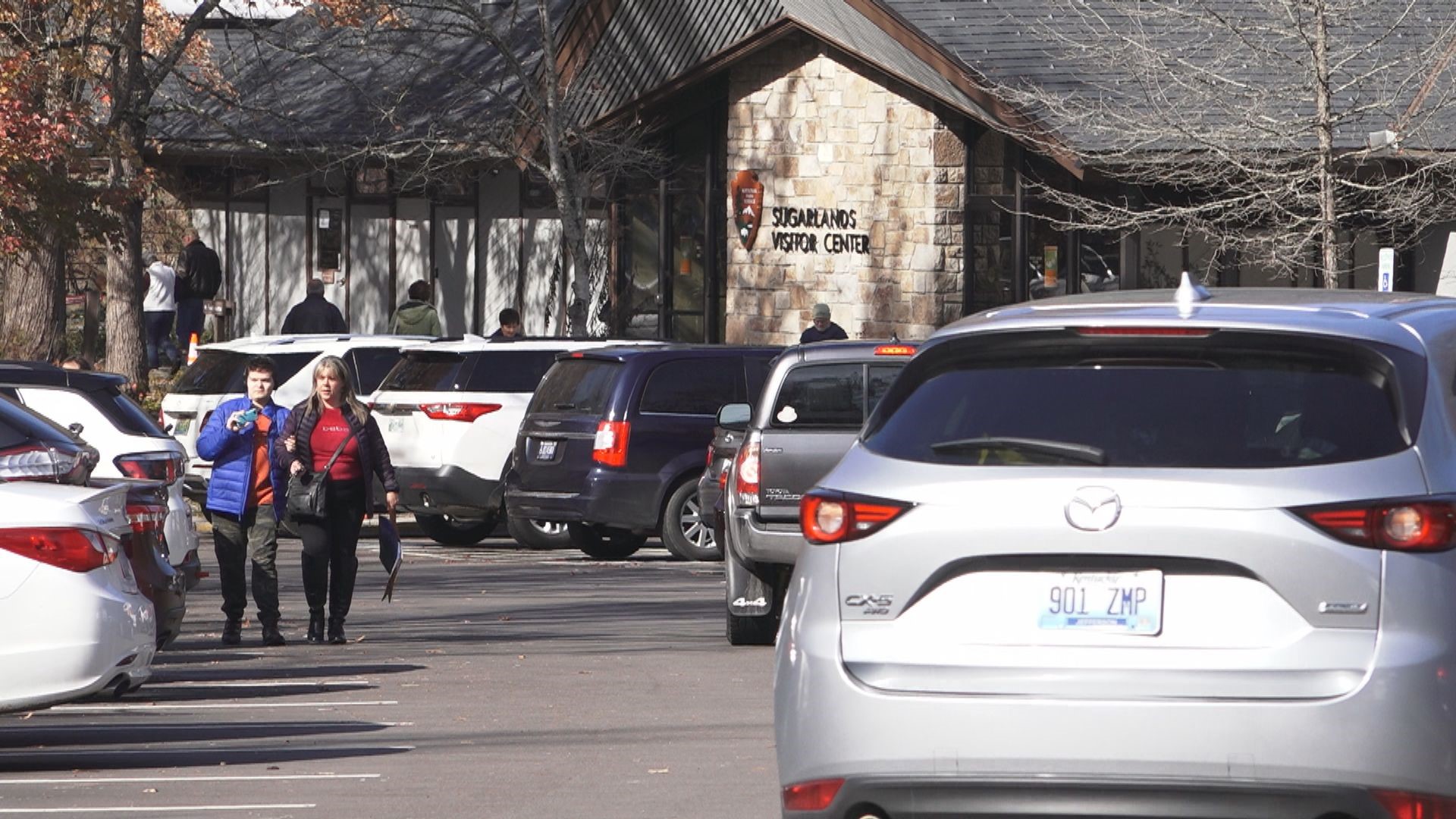 Visitation has steadily soared for decades.  What has not significantly changed is the amount of parking inside the national park.

"Most of the park's infrastructure was built in the 1950s and 1960s during a time period when we were seeing visitation in the numbers more like 5 million a year. It was not designed to be able to provide services for 12 million visitors," said GSMNP spokesperson Dana Soehn.

RELATED: Cades Cove will be closed two months this winter

For decades, traffic and parking congestion was common during summer months and peak fall colors. Now you'll find jammed roadways and cars parked in the grass six months out of the year.

"We've seen situations where visitors are backed up and parking a mile or two from the parking lot of Clingmans Dome," said Soehn.  "A lot of people will just start making the road shoulders a parking lot."

Parking on the shoulder can wear down the edge of the pavement and cause damage to the ground.

RELATED: Rookie mistake: I learned the hard way what happens if you run out of gas in the Smokies

RELATED: Don't do this: Tourists crowd right next to a bear in the Smokies

Thursday was an exceptionally light traffic day in the park because Highway 441 was closed throughout the morning and early-afternoon due to snow and ice. Nonetheless, the parking lot was full at Laurel Falls Trail.

Donna Weiss of Sevierville could not believe her luck to pull directly up to the lot and find a space on the paved shoulder.

"It's dead right now.  We were able to pull right in. So, we're kind of shocked and pleased," said Weiss.  "The parking situation hasn't grown with the onslaught of visitors to the area, that's for sure."

The routine at popular trailheads often involves long treks before you reach the beginning of your planned hike.

RELATED: 'Helping people is the goal': Photographer teaches others so they can experience the Smokies

There are no easy solutions.

Adding more parking lots would mean paving over portions of the natural beauty inside the national park, something unlikely to ever be approved.

Other parks around the country utilize timed entries and shuttle systems to ease congestion. But those solutions may not work in the Smokies because many attractions are along U.S. 441 from Gatlinburg to Cherokee.

Credit: WBIR
Sign in the Great Smoky Mountains telling visitors not to park along the shoulder of the roadway.

"Some of the solutions at other parks have also created problems elsewhere. You ease congestion one place, but it just moves the congestion somewhere else. That's something we want to make sure does not happen," said Soehn.

Soehn emphasized there are no current plans to solve traffic issues, and any future ideas will be the product of a team effort that involves neighbors from the start.

"In 2020, we're going to be reaching out and hopefully having conversations with every one of our gateway communities about what they want the visitor experience to be," said Soehn.