Pathways to Progress is designed to deal with the challenges of poverty. 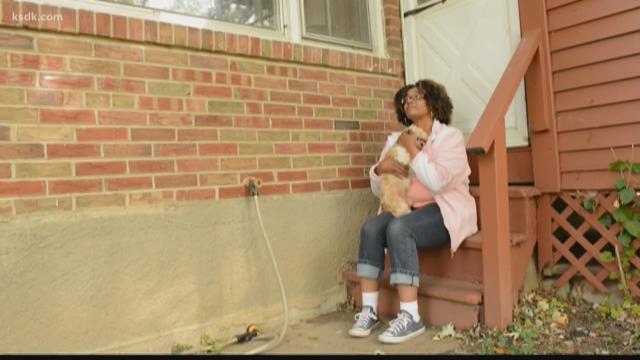 ST. LOUIS – Loddie Gillespie has a dream, a soul food restaurant dream where she’s the boss.

“Southern fried cabbage, greens, sirloin tips smothered in gravy with baked potatoes. I do it all to make sure the belly is full,” said Gillespie.

The dream of running her own restaurant will have to wait while Gillespie continues to get her life in order.

“I lost a job working for a company at a corporate office and I became homeless,” said Gillespie. “Just like any other woman that’s down and out, I could have easily turned to drugs, I could have turned to alcohol.”

Instead, Gillespie turned to Catholic Charities and its Pathways to Progress program.

“Loddie had bounced around. She’d been in shelters. She’d been couch surfing with family and friends and dragging her kids with all of that, too,” said Wallensak. “She had two very bright twins with enormous potential but that potential gets lost in the shuffle of poverty.”

Pathways to Progress is designed to deal with the challenges of poverty. It’s a community partnership of agencies and organizations with deal homelessness, domestic abuse, legal aid, mental health counseling, and providing the help that people need, not just to survive, but thrive.

In Gillespie’s case, she was assigned an advisor, Wade Chatfield, who helped her find employment, permanent housing, and a high school for her twin daughters.

Gillespie is also doing well. She’s working which enables her to rent a house. She’s getting ahead instead of falling behind. The unexpected help can be overwhelming.

“Where are these people coming from? There are people that still care for you unconditionally,” said Gillespie. “I highly appreciate Pathways to Progress for that. They have really changed my life.”

Wallensak said changing the lives of families in north St. Louis County is the goal.

“We stick with people for years in this program. It’s one of the things that makes the program different,” said Wallensak. “Two years, three years, four years, five years, whatever it’s going to take.”

Tommy, employed as a dishwasher at a St. Louis area Cracker Barrel Restaurant, was the very first member to receive help from Pathways to Progress.

“A year ago I was homeless,” said Tommy, who can now afford an apartment thanks to the help of Pathways to Progress.

“Don’t have to worry about being on the streets. Have a place to lay my head at night,” said Tommy. “When they say no place like your own, I didn’t believe it at first till I got my own. Now I know how it feels.”
Tommy credits Pathways to Progress for getting his life together.

How does Pathways to Progress measure success?

“We look at the accomplishments of both adults and children who are in Pathways to Progress,” said Wallensak. “For the kids, for example, we want to see if their school attendance is better, that they’re getting better grades. With adults we are trying to measure the degree of self-sufficiency that they’re attaining so if they didn’t have a checking account before, do they now? They weren’t able to save money before, now they can. Did they not have a job before and now they do. They were unstably housed and now they’re making rental payments.

“These are very basic things to measure but they’re everything to our families.”

For more information on Pathways to Progress, click here.

Catholic Charities, an umbrella organization for the Archdiocese of St. Louis, is raising funds for its annual Christmas Appeal. KSDK 5 On Your Side will be hosting a phone bank on December 20 to raise money for Catholic Charities. Call (314) 969-8655 between 4 p.m. and 6:30 p.m. to donate.