After 20 years of hunting, one local hunter harvested the deer of a lifetime. 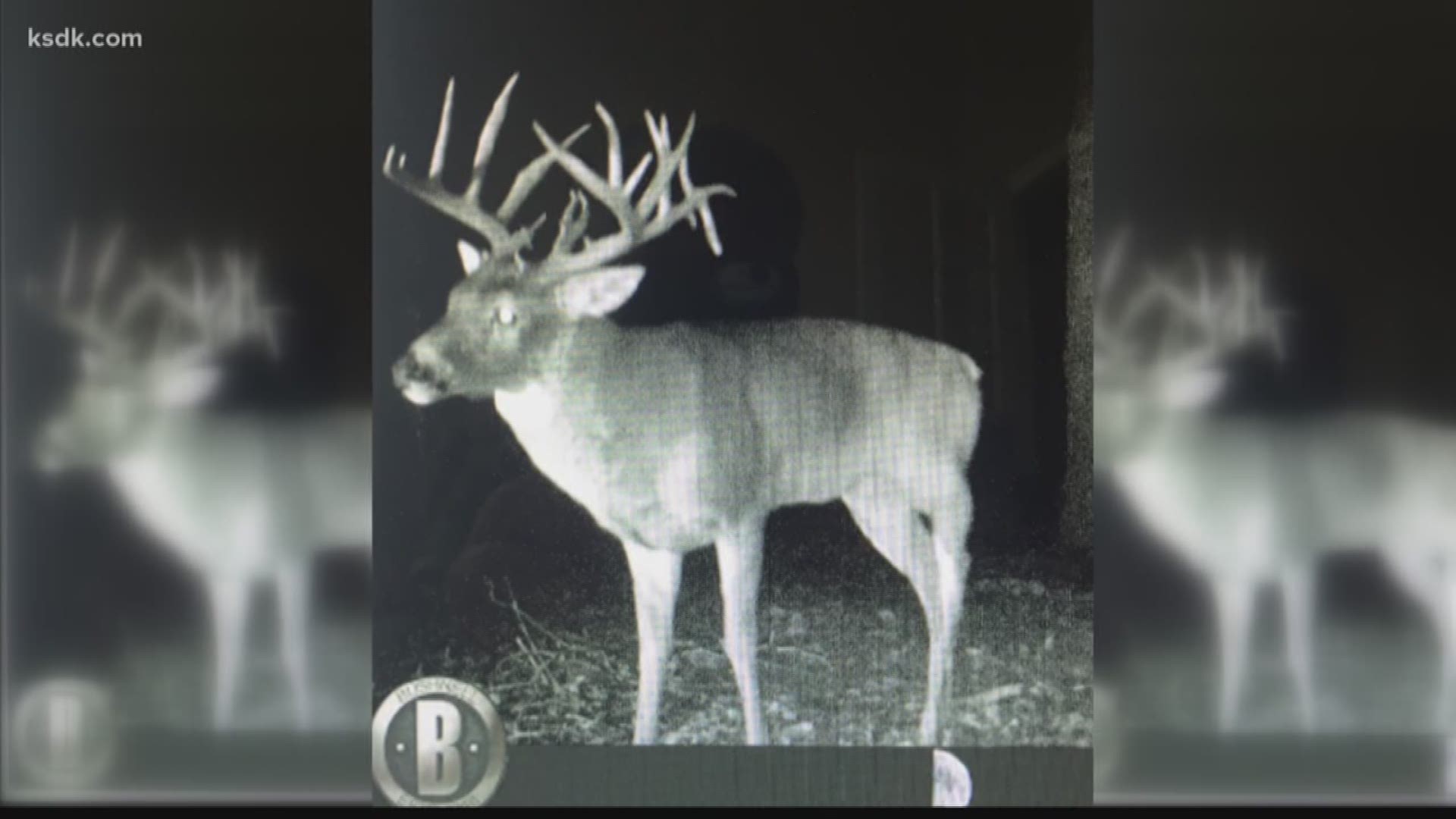 "I've been hunting on that property for five years," Tim Phillips said. "I knew he was out there but had to wait for the right time."

"Locals have captured hundreds of photos of this particular deer on their trail cameras dating all the way back to 2012. I definitely wasn't the only person who was hoping to see him."

Phillips heard that a woman who lived nearby shot the same deer two years ago, but he ran off.

Phillip told 5 On Your Side his dad shot the same deer with a bow 10 days ago, but the deer was able to run off into the woods.

Nov.11 was the last day the 39-point buck would roam the woods of northern St. Charles County.

"I 've been hunting with a bow for a while now, but I went out bright and early opening day with a 30/30 in my hand. This was a special gun because it was passed down to me when my grandfather passed away."

Phillips didn't shoot at anything that morning, so he took a break, ate some breakfast, and went back out to sit patiently in his tree stand.

"I decided to hunt that afternoon and the monster buck walked out just before dark. My heart was racing when I realized it was him." Phillips said.

He managed to calm himself and make the perfect shot with his rifle.

The buck had 39 points counting the ring hooks. Phillips said the official score was roughly 243.

This deer is not a record but is still considered the "deer of a lifetime" for most local hunters.

The world record deer killed by a hunter came in 2003 from Tony Lovstuen in Albia, Iowa, had 38 points and scored 307⅝ inches net. The world record nontypical whitetail deer came in at 333⅞ inches on a 44-point buck in St. Louis County, but the 5-year-old animal was found dead in 1981 with no visible wounds.

The deer killed by Phillips is estimated to be around 8 years old. It is the fourth buck he's harvested in 20 years of hunting.

Phillips plans to have the deer mounted and is donating the meat to Share the Harvest. The statewide Share the Harvest Program is sponsored by the Missouri Department of Conservation and helps feed those in need.

And Tim is not the only hunter in the family. His 10-year-old daughter Audrina shot her first buck in youth season this year.