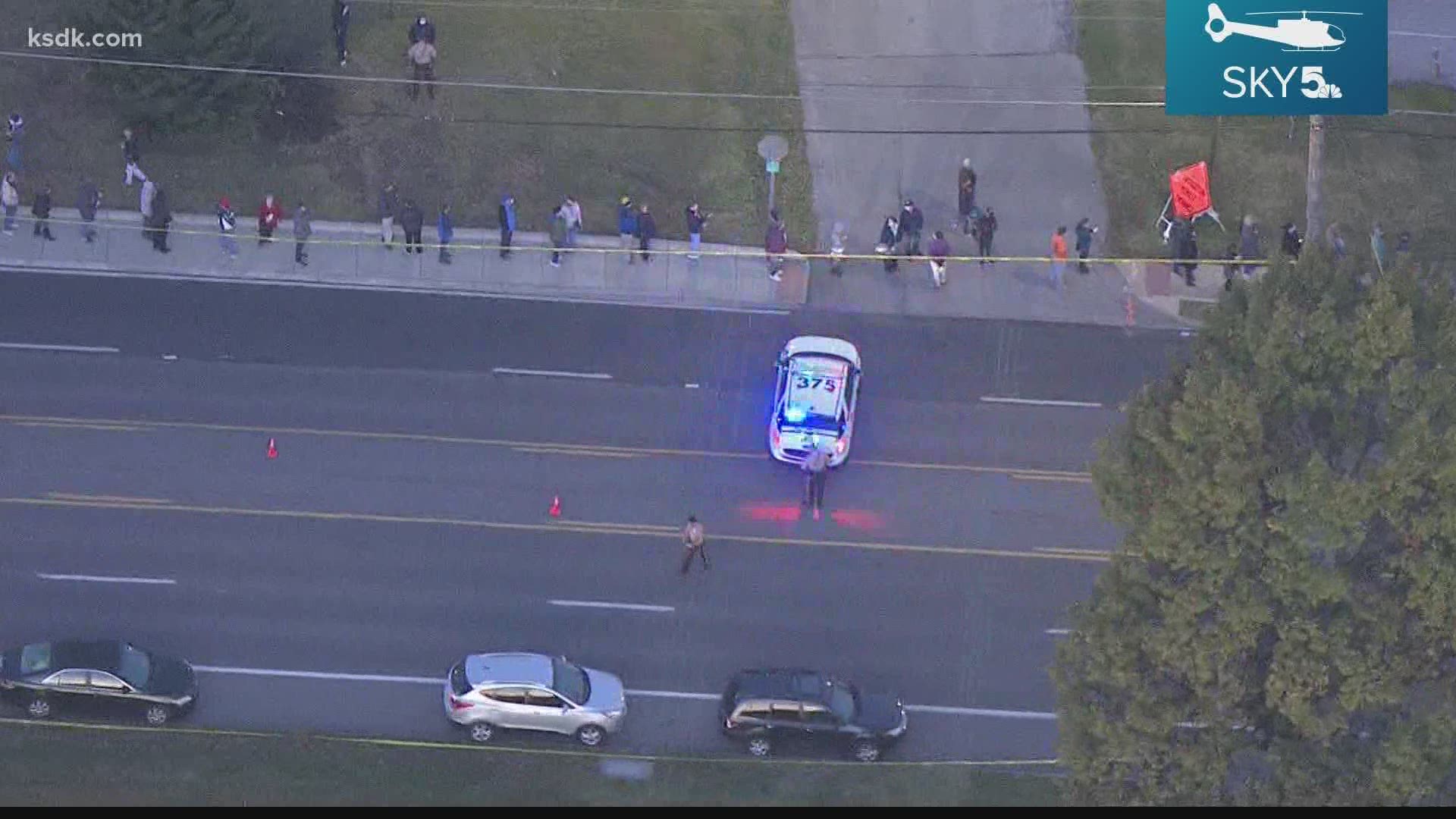 ST. LOUIS — A woman was hit by a car and killed near a polling location Tuesday morning, according to St. Louis County police.

It happened at around 6 a.m. near the Affton White-Rodgers Community Center — which is open Tuesday as a polling place — in the 9800 block of MacKenzie Road.

The woman was hit while trying to cross the road, police said. Officers worked at the scene to save her life, and she was taken to a hospital for emergency treatment but was pronounced dead a short time later, police said.

There were about 100 people in line waiting to vote when the woman was hit. The line stretched out of the parking lot and onto the sidewalk along MacKenzie Road near the crash scene.

Police said the driver stayed at the scene. She is about 26 years old.

St. Louis County police officers closed off a portion of MacKenzie Road outside the polling location while they investigated the scene. The road reopened around 10:30 a.m.