The city said it is working to identify and notify those who may have been in contact with the person, who has been identified as a St. Louis resident 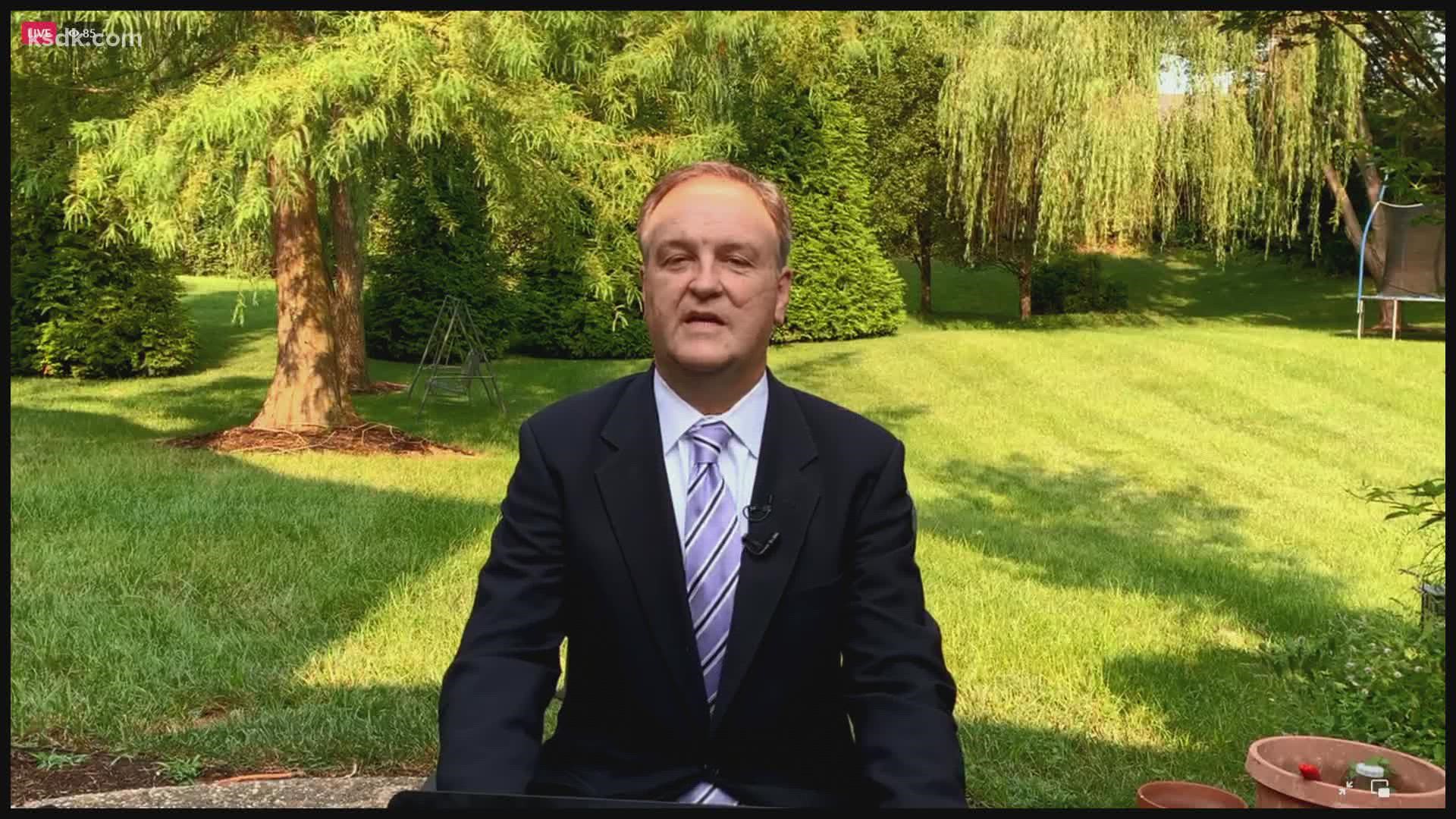 ST. LOUIS — One person who attended a St. Louis County Council meeting last Tuesday, during which a mask mandate was struck down, tested positive for COVID-19, health officials said, prompting a health advisory and a recommendation for those in attendance to quarantine.

The St. Louis Department of Health confirmed Saturday the person is a city resident. The department recommended everyone who attended the meeting quarantine and monitor their symptoms for the next nine days -- even those who are fully vaccinated.

"There may be some resistance, but our job is to make sure people are informed and give them the information they need to protect themselves and their families," the city's acting health director Dr. Fred Echols said during a virtual press briefing Sunday morning.  "So that's why we're, again, issuing the health advisory and hoping that individuals will comply.

The department said it is working to identify and notify people who may have been in contact with the individual. It is not clear whether the person was wearing a mask throughout the entire meeting.

"As we looked at some of the media that was gathered that during that event, those individuals who were not wearing face coverings," Echols said. "And so the likelihood that it could be that several individuals could have been exposed and potentially affected is something that we're really concerned about."

Echols also recommended that those who attended the meeting get tested for the virus, but not too soon. He recommended taking a test toward the end of the quarantine period.

"And this is important because if individuals test too soon, they get a false negative and that if they aren't adhering to the mitigation measures, they could potentially spread others in their community," Echols said.

The St. Louis County Department of Public Health is aware of the situation and is supporting the city's investigation efforts, Echols said.

“This was not St. Louis County’s finest moment. The community I love was thrust into the national spotlight for bad behavior, xenophobia, racism and resistance to recommendations from scientists and doctors, including the CDC,” Page said, referring to the reports that the county's acting health director endured "racist" and "threatening" behavior from the council meeting crowd.

Dr. Faisal Khan appeared before the County Council Tuesday night to discuss the new mask mandate. He was met with heckling from the crowd and by several members of the council instead with questions of the legality and enforcement mechanisms of the mandate and questions over his qualifications.

Page said the mask mandate case goes to court Monday morning and he said the county is “hopeful” the judge will agree the mask requirement is proper and needed.

“Masks can help us slow the virus and keep our businesses open and our schools on track to open in an in-classroom learning environment,” Page said. “St. Louis County’s mask requirement is an easy way to make a big difference.”

A hearing was scheduled for 10 a.m. in federal court on whether the city and county's mask mandate should be allowed to stand. However, on Sunday, the judge issued a memo sending most of the case back to state court, including Missouri Attorney General Eric Schmitt's lawsuit that seeks to enact a temporary restraining order on the mandate.

Watch his full briefing in the video below: