Perjury is rarely prosecuted in St. Louis, but you wouldn't know it by the attention and money one case is getting 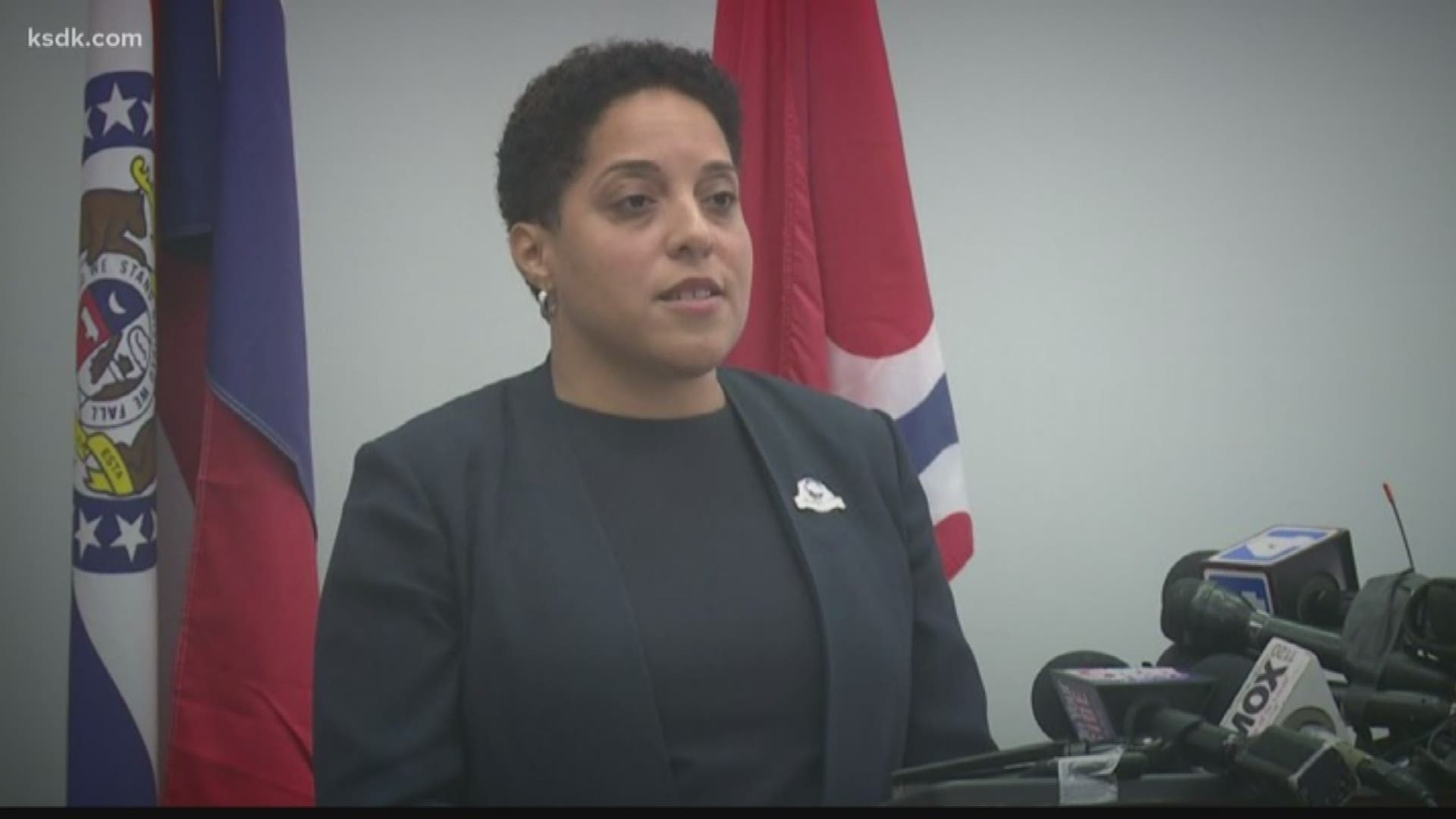 ST. LOUIS — It is a non-violent crime that prosecutors in the City of St. Louis say they have only ever issued charges on once before, to the best of their knowledge.

A witness in a homicide case allegedly changed his story while on the witness stand during a trial.

That person was later charged with perjury, which is defined by state statute as:

"A person commits the offense of perjury if, with the purpose to deceive, he or she knowingly testifies falsely to any material fact upon oath or affirmation legally administered, in any official proceeding before any court, public body, notary public or other officer authorized to administer oaths."

But you probably wouldn't know how rare of an offense it really is in the city by all the attention and money a more recent case is getting.

And that one, hasn't even resulted in criminal charges.

A court-appointed special prosecutor named Gerard "Jerry" Carmody is looking into whether William Don Tisaby, a former FBI agent who no longer lives in the area, lied under oath during a recorded deposition.

All charges against Greitens were eventually dropped, but afterward his attorneys went to St. Louis Police claiming Tisaby had intentionally been untruthful.

5 On Your Side reached out to SLMPD to better understand their reasoning for launching an investigation and devoting resources for an allegation as rare as perjury.

So did St. Louis City Counselor Julian Bush, who last year successfully sought from the court a special prosecutor to work with police on the Tisaby investigation.

Bush claimed Gardner couldn't be the prosecutor because she would be conflicted if it was found that a crime had actually be committed.

Circuit Judge Michael Mullen selected Carmody and his firm, which have been on the case since June 2018.

But now the lengthy matter is spawning even more litigation as concerns grow over how much it's all going to cost taxpayers.

"I think we'll all be picking our jaws up off the floor when we see these bills that'll be coming in," said St. Louis attorney Dan Emerson.

Emerson is representing retired police officer Charles Lane in a lawsuit filed against the city and Gardner recently.

Lane is essentially trying to stop any more taxpayer dollars from being spent on Carmody's perjury investigation that's targeting Gardner's office, which includes a grand jury that's been impaneled since January.

One particular point of contention has been a March search warrant for six months worth of electronic communications stored on the e-mail server for the circuit attorney's office.

"Seems like there's an awful amount of money being spent on these outside attorneys," said Lane.

To date, 5 On Your Side has submitted a number of public records requests that have uncovered several contracts and receipts that reveal just how much this investigation could end up costing.

Documents show the city recently allowed $250,000 to be transferred from the courts budget to Bush's office in preparation of bill and expenses from Carmody's firm.

But city taxpayers could also end up paying tens of thousands of dollars for five outside law firms that have been retained by Gardner to defend herself and her office over the last year.

She maintains she has the authority to enter into such contracts and argues she wouldn't need outside representation if Bush hadn't sided with police in seeking a special prosecutor.

"Mr. Bush is duty bound to serve as the legal adviser to both the Circuit Attorney's Office and the Police Department. Mr. Bush made a legal decision to advocate for the demands of one client over another client. Mr. Bush's actions created a legal and professional conflict of interest for the City Counselor. In his official capacity as City Counselor, Mr. Bush should have disqualified himself from taking any action, in his attempt to remain neutral to two clients," Gardner wrote.

Some of the firms are billing the city more than $500 per hour and others require retainer fees totaling $15,000, but they don't include outside expenses like travel.

The total cost of the perjury investigation likely won't be known until it's over, but it's clearly going to be expensive.

The city's already allowed for Gardner to transfer $80,000 from her salaries budget and use it to cover expenses related to "professional services" and "legal services."

"I don't think you have to deny law where law is needed, but we don't have to go to Neiman Marcus every time," Lane said.

As a longtime taxpayer and city resident, he said he felt compelled to take his concerns to court.

He said, "I hope it tells the people representing us that they have to act in a fiscally responsible way."

And last week, a judge agreed.

Judge Joan Moriarty issued a new 15-day restraining order against the city, barring it from using any taxpayer resources fr to pay any of Gardner's firms. A hearing is scheduled on Friday related to the matter, in which the length of the restraining order could be extended.

Emerson said, "The city doesn't have the resources to be paying private law firms especially when it has its own law department that has 20-30 attorneys in it all drawing salaries."

Bush and the circuit attorney's office seem to agree that Gardner certainly has the authority to enter into such contracts related to her official duties, including contracts with lawyers.

The city has also argued in court recently that it cannot pay on the contracts because they "haven't seen them."

Gardner's office recently released them to the city and to 5 On Your Side after getting clarification from Judge Mullen about whether the information coming out would violate his gag orders in the Tisaby case.

Gardner and her team argue that she has the "discretion to employ outside counsel and hire individuals with her budget."

Moriarty's order goes on to state that Gardner has line items in her budget for special assistant circuit attorneys and professional and legal services.

To date, these are the only expenses 5 On Your Side has been able to find that have actually been paid out related to the Tisaby perjury investigation: