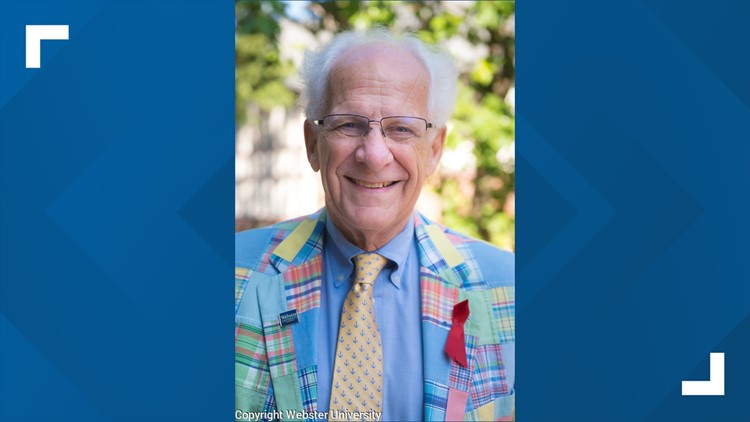 Man who changed the fine arts scene in St. Louis—and the US—passes away

ST. LOUIS — Peter Sargent, a local, state and national leader in the performing arts has passed away.

Sargent was the founding dean of the Webster University Leigh Gerdine College of Fine Arts and founded the Repertory Theatre of St. Louis. Through decades of working on the fine arts, he became a mentor to some of the biggest stars on Broadway and in Hollywood.

‘It is with great sadness that I share the news of the passing of My Main Man in Plaid. Peter left us peacefully this afternoon with my mom, Amy and me by his side. A memorial service will be planned for a later date and I will be sure to keep you all posted,’ she posted.

Sargent was 82 years old. He left behind his wife of 54 years, Alice, his daughters, Amy and Megan, and two grandchildren.

Webster University is working with the family to schedule an on-campus memorial service.

Webster University is in contact with the family and is working with them to also schedule an on-campus memorial service. Sargent was 82 years old. He is survived by his wife of 54 years Alice, his daughters Amy and Megan, and two grandchildren.

“Peter Sargent dedicated his life and career to the arts. A consummate arts educator, he built the foundation for Webster University’s signature and impact as a premier university for the arts through the quality of the academic programs and unparalleled partnerships with professional companies in the region. All of us who were touched by his generosity as a friend and mentor know how he lifted others up in ways that made all of us better,” said Webster University Chancellor Elizabeth (Beth) J. Stroble. “Words at this time cannot express the tremendous sorrow that I feel for the loss of this treasured friend and colleague.”

Sargent was hired by Webster University in 1966 to lead the then-new lighting and design stage management program.