“I’m just trying to show kids no matter what you do, you should come back,” Desir said. 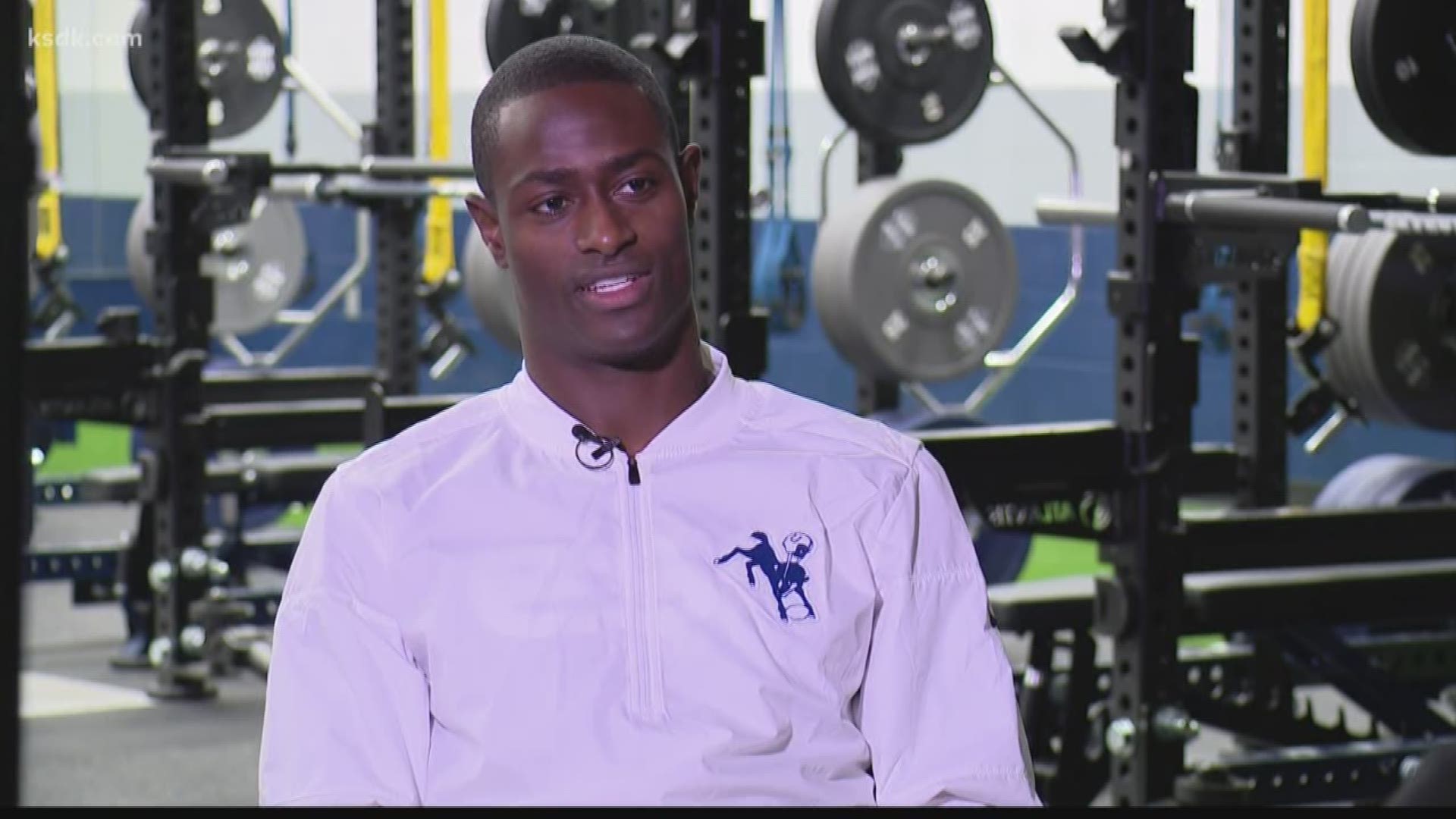 COTTLEVILLE, Mo. — An NFL player is giving back to where he went to high school.

Pierre Desir is a 2008 grad of Francis Howell Central.

“It’s very special to walk back here.” He doesn’t consider himself the big man on campus. “Was I the man on campus?  We had a lot of great players,” Desir said.

But Pierre Desir has done some big things for Francis Howell Central. The redesign of the weight room came out of his pockets. “This is my personal money. Yes sir,” he said.

The donation isn’t about showing off. It’s about showing up. “I’m just trying to show kids no matter what you do, you should come back.”

He has come long way.

Pierre came to St Louis from Haiti at the age of 4. Times were often tough, he said.

“Moving from house to house. Being evicted. Not knowing when you come home if the lights were going to be on. Been through so much adversity throughout my life.”

A wall at the school shows his football journey. “Helps when I’m able to look back and see everything I’ve been through and still able to persevere.”

“I had to grind and do so much to put that jersey on and I don’t take it lightly.”

It’s important to Pierre to give back.

“Gives hope to people who especially need it the most. So many people in need. I just try to do what I can,” Desir said.

With his blessings, he wants to bless others.

“One of my favorite quotes is by Winston Churchill. We make a living by what we get. My make a life by what we give.” Being the example that circumstances don’t define you.

“Just dream big do what you love,” Desir said.

He played his college ball at Lindenwood. He now plays for the Indianapolis Colts. Desir just donated 500 free shoes to kids in the Jennings School District.

He is also up for the NFL Walter Payton Man of the Year Award.