At least one person is reportedly suffering from life-threatening injuries. 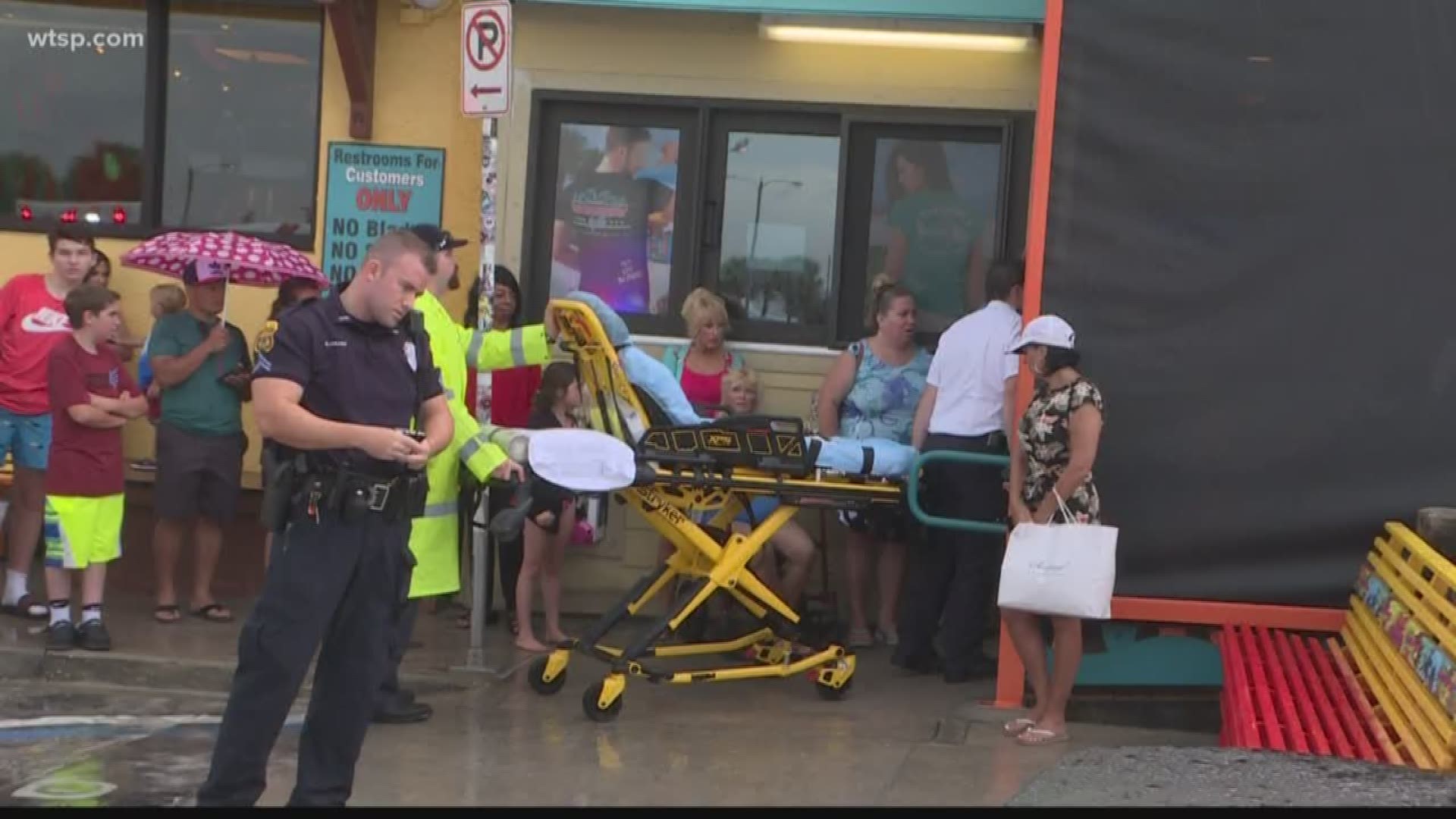 CLEARWATER, Fla. — One person was struck by lightning on Clearwater Beach as a thunderstorm rolled through.

The victim, a man in his 40s, went into cardiac arrest and is in critical condition, according to the Clearwater Police Department. Seven other people near the man were injured, the agency added.

It happened around 12:42 p.m. Sunday on the beach near Frenchy's Rockaway Grill, located at 7 Rockaway St.

The man is said to have life-threatening injuries.

Four people, including the man, were taken to Morton Plant Hospital for treatment, Clearwater police said. Another was taken to Tampa General Hospital for burns and three more refused treatment.

Clearwater Beach lifeguards left their towers around 12:30 p.m. because of the approaching storm, police said.

Sandy Harper noticed clouds darkening overhead but to her and everyone else on the beach, it seemed as though they were blowing away from shore.

"As soon as I said that, there was a strike," Harper said.

It was her cue to go, and lifeguards followed suit to get everyone out of the water and away from the beach. Harper said she heard the thunder -- and saw the vivid flash, believed to be the injury-causing strike -- as she and others headed for the parking lot.

Harper looked out the window of her friend's hotel room and saw the ambulances and fire trucks responding to victims. All the while, people still hung out at the beach.

"People need to pay more attention," Harper said. "There were a lot of people still in the water after the first strike."

There are several types of lightning that could injure or kill a person. Florida State University details the following:

Even during a sunny day, if you hear thunder, you can be struck by lightning. The National Weather Service uses the phrase: "When thunder roars, go indoors!"

Related: Lightning safety tips: Things to know if you're caught in a thunderstorm