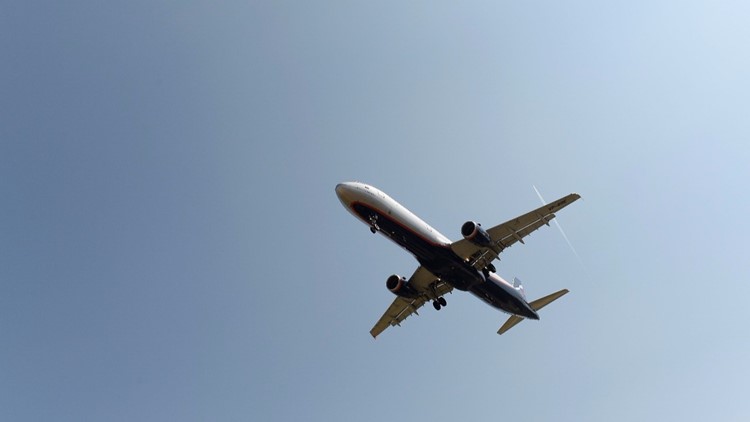 Plane from Phoenix to London diverted to St. Louis because of 'unruly passenger'

ST. LOUIS — An American Airlines flight had to make an extra stop Tuesday due to an "unruly passengers."

A Lambert spokesman said American Airlines flight 194 landed in St. Louis just before 8 p.m. due to a passenger issue. An American Airlines spokeswoman said a man was taken off the plane and handed over to local law enforcement.

The spokeswoman said the plane was back in the air by 8:50.

RELATED: 'I tried to give him CPR' | Sisters tried to save 7-year-old brother after witnessing shooting