The magical train ride will be returning to Union Station this holiday season. 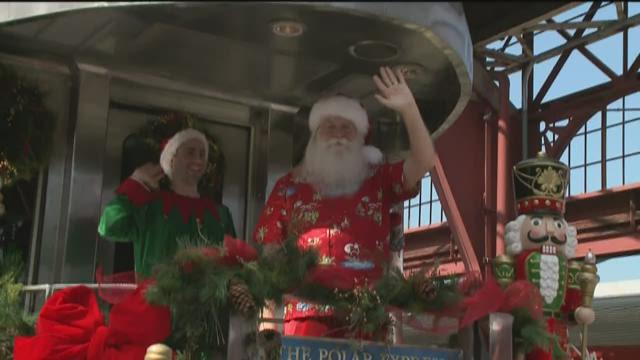 St. Louis Union Station has announced that the Polar Express train ride will return during the 2017 holiday season. The hotel last hosted this event in 2015.

“St. Louis Union Station will attract more than 50,000 guests to experience the magic of the holiday season with the return of Polar Express this year,” Todd Hotaling, vice president of marketing for Lodging Hospitality Management, which owns the hotel, said. “Thousands of guests from the local area and throughout the country will make an entire evening out of the event and stay overnight.”

Hotaling says this is typically a slower time for the hotel industry and that holiday programs help attract tourists to the St. Louis area. He estimates that the hotel will see more than 20,000 visitors from outside the metro area during the holidays, who also will stay one to two nights at the hotel.

The Polar Express train rides will run Nov. 24 through Dec. 30. Tickets combined with hotel packages will go on sale July 25, while train ride-only tickets will be available Aug. 1.

The train rides will be set to the sounds of The Polar Express motion picture soundtrack and once on board, guests will receive hot chocolate and cookies. Santa Claus and his helpers will greet guests at the North Pole, before climbing aboard and taking the train back to Union Station. Each child will receive a silver sleigh bell as a gift.

Coach tickets start at $39, while first-class tickets are $65. First-class ticket holders will receive a mug, will be seated at four-top tables and will get a free photo with Santa.

In addition, Union Station will once again host its holiday fire and light show set to Christmas music on the train shed lake. The hotel also will host a series of holiday dinners inside its Grand Hall.

LHM’s $45 million St. Louis Aquarium at Union Station will be under construction during the holiday season, therefore the hotel will not host any indoor events, like the North Pole Village event it hosted in 2016.

The company purchased Union Station in 2012 for $20 million and began about $60 million worth of upgrades at the time, including renovations of all guest rooms as well as the exhibition halls and grand hall.