When Officer Dan Armbruster heads out for a shift, he's got two Narcan dispensers at the ready since opioid overdoses have become so commonplace. Police want to cut revival time by giving you the same tools. 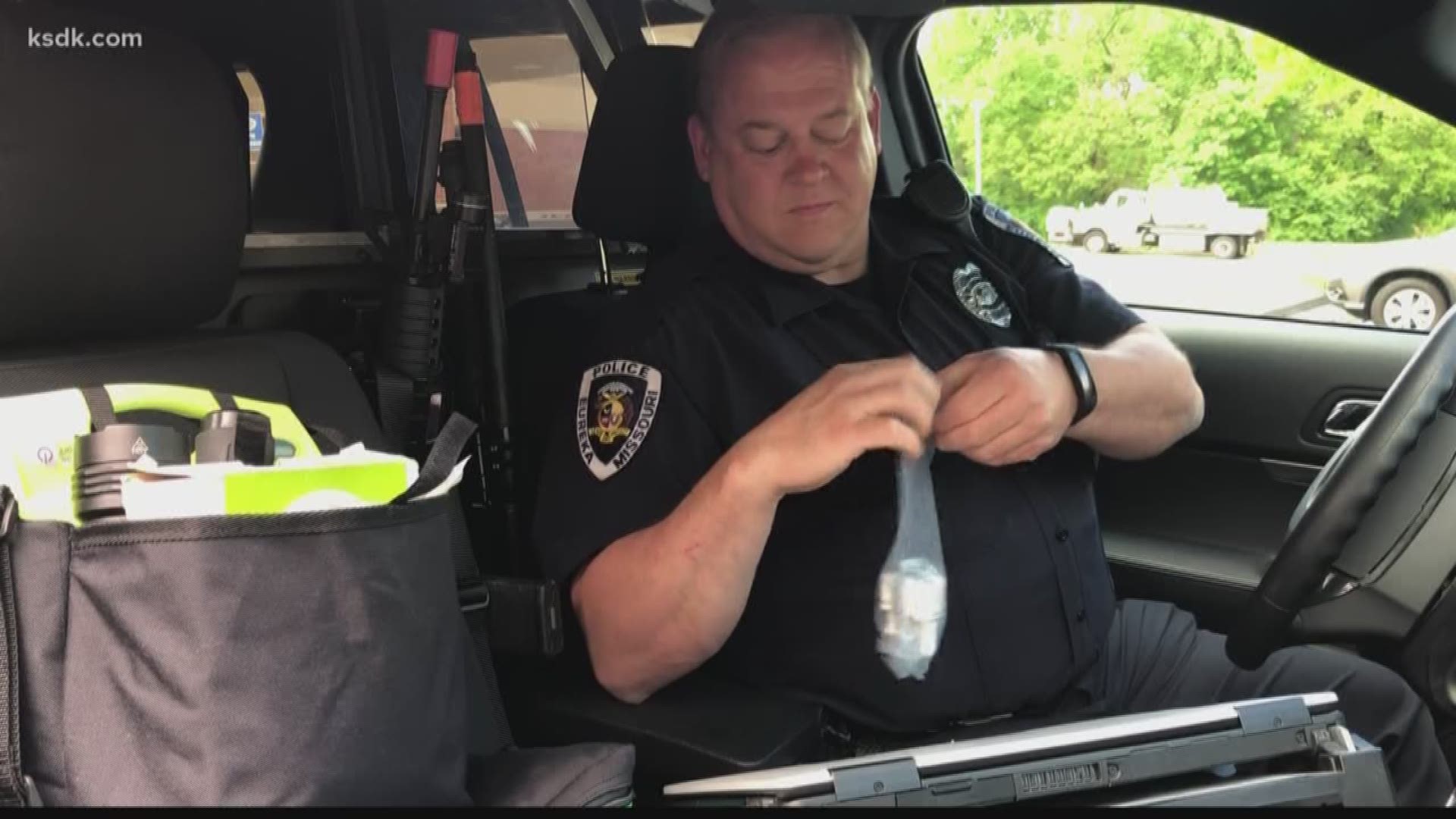 ST. LOUIS COUNTY, Mo. — When Officer Dan Armbruster heads out for a shift, he's got one of his main tools not on his toolbelt, but riding shotgun in his department SUV.

He always has two Narcan dispensers at the ready since opioid overdoses have become so commonplace.

Armbruster and the rest of Eureka Police were trained to use Narcan at the St. Louis location for National Council on Alcoholism and Drug Abuse, or NCADA, as part of the Missouri Opioid-Heroin Overdose Prevention Education Project(MO-HOPE).

MO-HOPE organizers joined with the leaders of several police departments Monday afternoon to announce their agencies will Narcan devices directly to the people that need them following an overdose.

"In 2019, we have already seen — as of April 16th — 70 overdose deaths," Melody Quinn, a St. Louis County detective, said. "We've already provided, as a police department, 30 Narcan saves. And we're not even halfway through the year yet."

Quinn, with the Opioid Prevention Initiative, is one of the people who follow up with patients after police respond to an overdose, bringing Narcan to the people who need it.

Police say this is a public health problem, not an issue they can solve with arrests.

"The facts are this is a brain disease and opioid use disorder is in the DSM-5," Quinn said. "And these people, when they're in the throes of addictions, they don't have the ability to say, 'I'm not going to use anymore.' They need help."

RELATED: Man gets 10 years in prison for scheme to deal fentanyl

RELATED: Missouri Network leads the state in overdose revivals thanks to Naloxone distribution