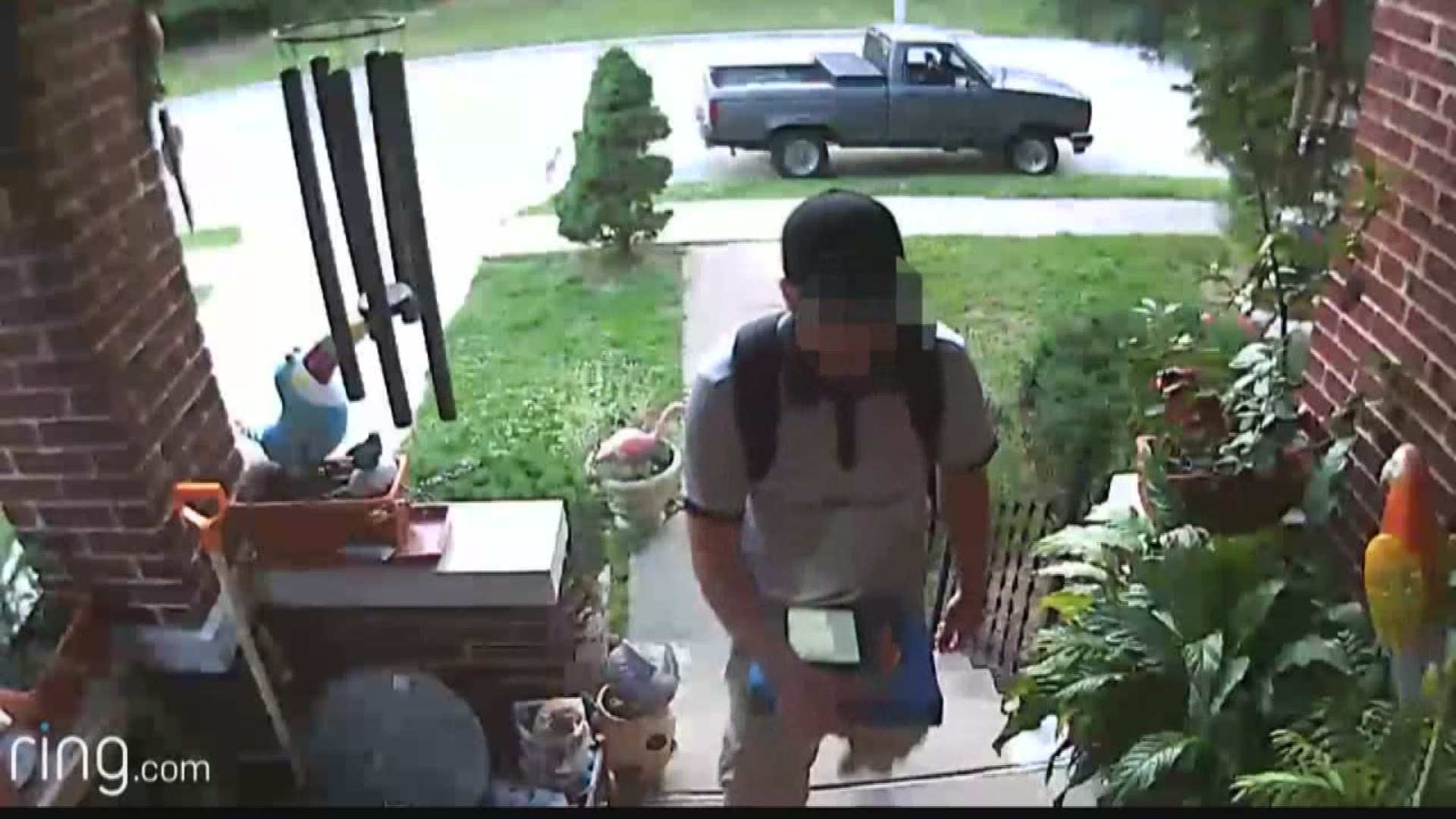 A Five On Your Side investigates alert: People knocking on your door claiming they represent your alarm company. But once they're inside, you and your home have become a target for burglary.

A quiet Sunday evening in Richmond Heights was interrupted by a man claiming to be with Vivint alarm security company. He showed up on homeowner Sara's doorstep early June.

"I'm supposed to talk to all the neighbors about the work we're doing here. Are you the homeowner?" said the solicitor.

He wanted to come in to check Sara's system.

"He said, 'We want to talk about security. And did you know they can take your security out by cutting your phone lines?'" said Sara.

But Sara says something felt 'off.'

So, what's going on here? Turns out burglars all over the country have taken to posing as alarm company technician.

Besides getting a chance to case your house right in front of you, they can also learn or change the codes in your alarm system. Leaving them an easy open front door for when they decide to come back and collect your valuables and more.

Which is why Sara might have dodged a bullet that night.

"Of course he's got to check all the doors, all the locks, all the systems, and then see everything you have in your house and how it's stored. It seems too opportunistic," said Sara.

it's an old trick making a comeback.

Companies like ADT Home Security and Vivint have warned their customers about it in the past.

This time around, it seems to be happening across West County, all the way to north St. Louis.

And in Sara's case, the man supposedly from Vivint didn't have a solicitor's license to even be in the area. When she called Vivint to report the incident, they advised her to call 911.

Maplewood police are warning people that if they see one of these salesmen on your door step they should also take action.

"Call the authorities immediately. If one had ill will, him knowing you had a security system, where the sensors were located, definitely would be valuable information for a criminal," said Det. Sgt John Leclerc with the Maplewood Police Department.

"They can prey on people who maybe aren't as suspicious," said Sara.

Both Vivint and ADT told 5 On Your Side that all of their real salespeople will have identification, and in most cases, a uniform. Both companies also have a photograph database online so you can check and see if your salesman is really who they say they are.

Vivint released the following statement in response to our investigation:

"Smart Home Pros is an authorized dealer for Vivint and all reps will have uniforms and ID badges. Here's the site folks can visit for verification: https://www.vivint.com/company/verify-rep

Vivint also told us if you are approached by someone claiming to be with the company, but without id, call police.