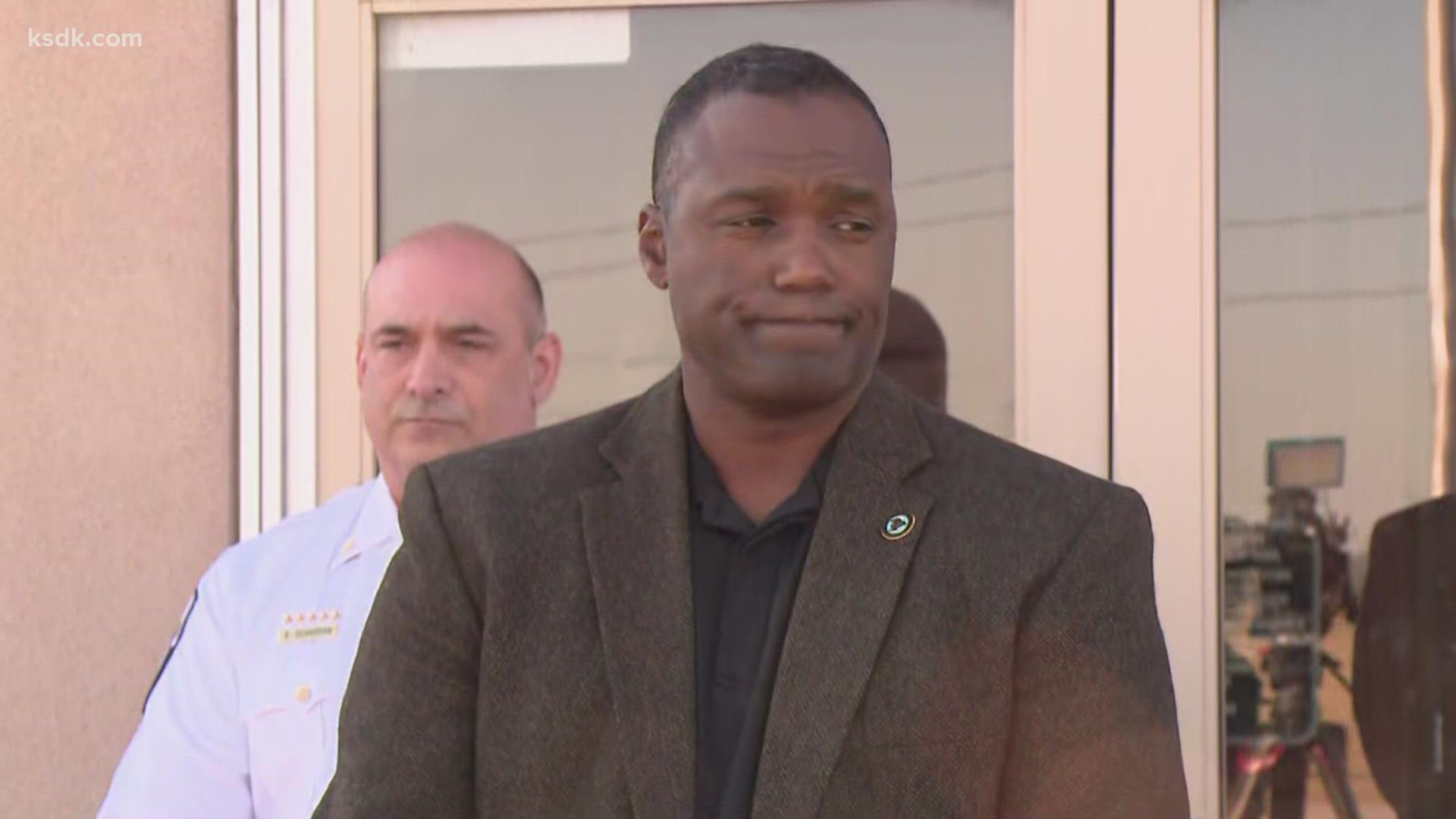 PONTOON BEACH, Ill. — A police officer with 14 years of experience serving Madison County communities died after he was shot in the line of duty.

Officer Timmins was investigating a possible stolen car at about 8 a.m. at the Speedway gas station along Illinois Route 111 near Interstate 270. While investigating the car, a man started shooting at him, ISP said, leaving him with life-threatening injuries at the scene. The suspect was taken into custody.

Several hours after the shooting, Timmins died from his injuries, police confirmed.

Officer Timmins was 36 years old. He had been an officer in Madison County for 14 years, serving in police departments in Roxana, Worden and Hartford. He joined the Pontoon Beach Police Department in April 2020.

The Worden Police Department shared on social media that Timmins started with the department in June 2015 and was promoted to police chief in September of the following year. He held the position through August 2017.

"The Worden Police Department thanks Tyler Timmins for his service to Worden. Our thoughts and prayers are with his blood and blue family members and friends. God speed Officer Timmins. We have it from here," Worden Police Chief Joe D. Berry wrote.

Credit: KSDK
Black bunting is draped over the Pontoon Beach Police Department after Officer Tyler Timmins was shot and killed in the line of duty Tuesday.

The BackStoppers said it will step in to assist Officer Timmins' family. He left behind a wife, family friends and coworkers, the organization said.

"Our hearts are heavy today as we are faced with the loss of Officer Tyler Timmins," said Chief Ron Battelle, executive director of BackStoppers. "He was a hero who dedicated his life to serving and protecting our community. Officer Timmins will be honored and remembered and we will be there for his family for the long road ahead.”

Those interested in donating to The BackStoppers to help Officer Timmins' family can donate online here or mail a donation to the address below.

Russell Morrow was walking by the gas station on his way to work when he heard several shots fired.

Morrow added that he helped a police officer at the scene get Timmins into the back of a police car so he could be rushed to a hospital as soon as possible.

"I grabbed him by the belt and got in the police car and started pulling him in the back seat so I could help them get him in the car," Morrow told 5 On Your Side.

He described seeing the suspect on the ground in handcuffs.

Get breaking news alerts delivered straight to your inbox. Sign up for our 5 On Your Side Breaking News email.

5 On Your Side's Alex Fees contributed to this report.