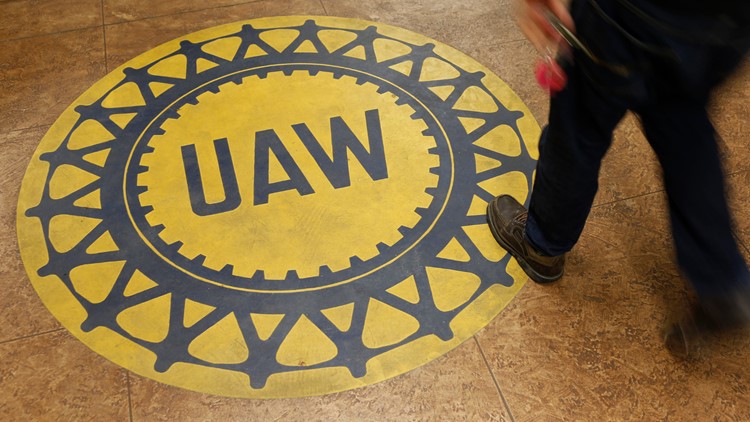 President of a UAW council in Missouri faces embezzlement charges

DETROIT (AP) — A high-ranking United Auto Workers official is facing felony charges of embezzlement and fraud, and prosecutors say that several top union officials conspired to steal more than $1.5 million from the union.

Prosecutors outlined the charges against Edward N. Robinson in a filing Thursday in federal district court in Detroit. Robinson is president of a UAW council in Missouri.

According to the filing, Robinson and six other top UAW officials conspired since 2010 to embezzle funds through schemes such as submitting false vouchers for conference expenses.

The Detroit News, citing sources familiar with the investigation, said one of the unnamed union leaders, "UAW Official A," is union President Gary Jones.

A UAW spokesman said the union takes any allegation of misuse of union funds very seriously. He did not address the prosecutors' allegations nor mention Jones in his statement. Jones has not been charged with wrongdoing.

Prosecutors said Official A directed Robinson to divert more than $850,000 from a union organization and to cover up the theft by submitting fake expenses or receipts for expenses that had already been paid. They said Robinson managed to get $500,000 to $700,000 in fraudulent or unauthorized checks, cashed them, and split the money with Official A.

Another part of the alleged scheme involved using union funds to set up accounts with luxury hotels and golf resorts in places like Palm Springs, California. The union officials then used money ostensibly for hotel rooms at union conferences to pay for private villas, golf clubs and outings, high-end liquor and cigars, according to the filing.

Prosecutors said that the union officials began to fear that investigators were on their trail, and they gave Robinson a burner phone to avoid wiretaps. They allege that Official A promised to give a sham job to a relative of Robinson if he took responsibility for the embezzlement.

The case was outlined in a filing called a criminal information, which often precedes a guilty plea.