Court documents said Marjorie Theleman left two notes at the scene -- one explaining her actions, and the other telling housekeeping to call police 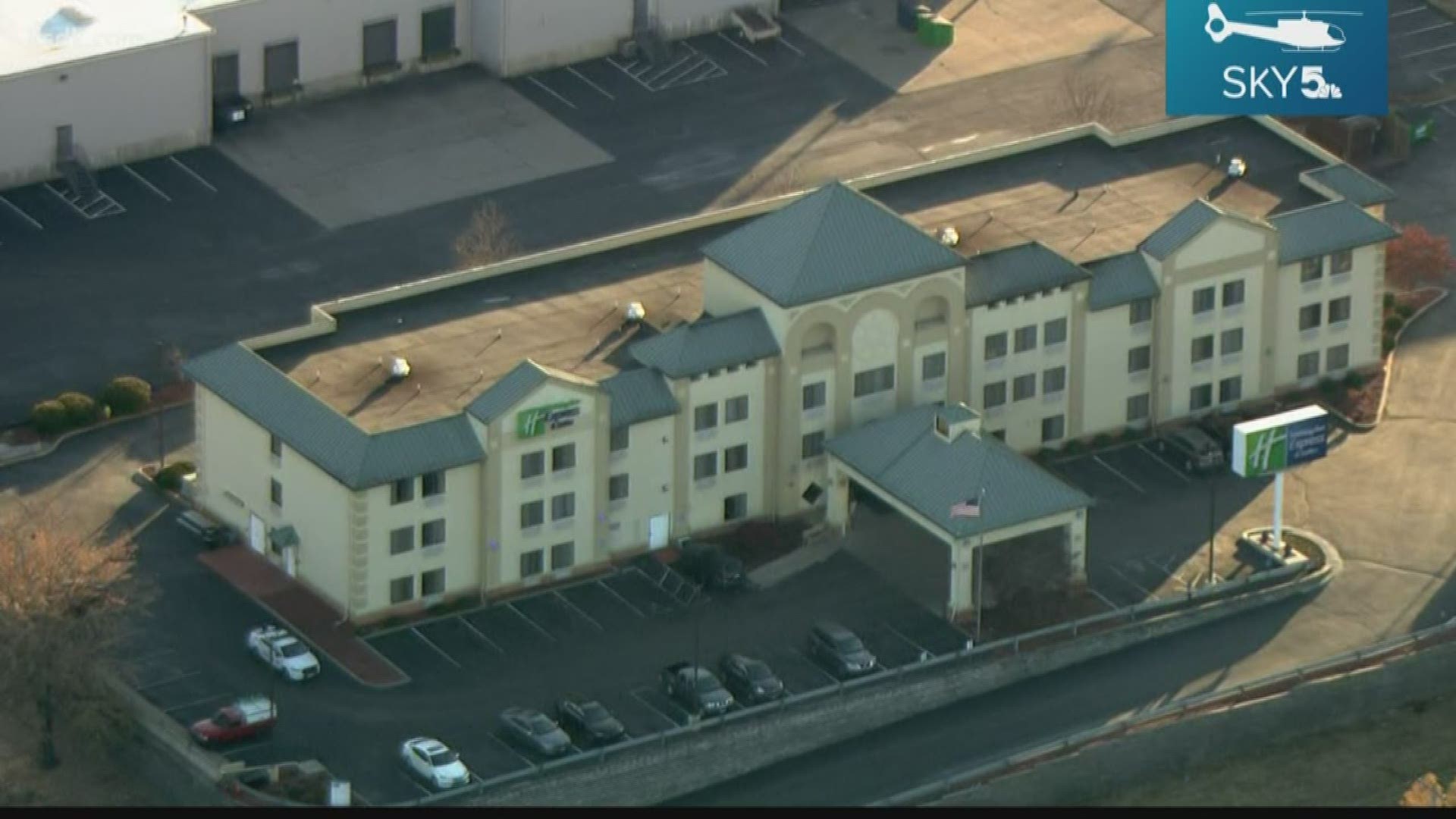 FENTON, Mo. — A 78-year-old woman was charged Tuesday, just hours after police said she stabbed and killed her 51-year-old daughter in an attempted murder-suicide.

This holiday inn in Fenton, now the site of a gruesome murder and attempted suicide after prosecutors say a mother stabbed her own daughter.

"Obviously anytime somebody loses their life it's a tragedy particularly a situation where a parent takes the life of their own child," said St. Louis Prosecuting Attorney Wesley Bell.

The incident unfolded Tuesday around noon after hotel staff said the woman – Marjorie Theleman – did not check out of her room. When police arrived, they found the victim, 51-year-old Sharon Thelemen, with stab wounds
and Marjorie with a self-inflicted injury. Police said she tried to suffocate herself with a plastic bag but failed.

"I've seen a lot of horrible fact patterns and unfortunately this one is a bit unique, though."

Court documents showed Marjorie left two notes at the scene -- one explaining her actions, and the other telling housekeeping to call police.

"The facts that we know is that the defendant planned to do this and executed that plan. No one has the right to play God," Bell said.

Sharon had special needs and received care from St. Louis Arc,
a nonprofit that provides services for people with intellectual and developmental disabilities.

5 On Your Side spoke with the organization's president and CEO Mark Keeley, who said the mother-daughter duo had a wonderful relationship.

He gave the following statement:

"We are heartbroken by the tragic loss of a long-time member of the St. Louis Arc family. Sharon Theleman has been a valued part of the Arc community dating back to the early 1990s. The circumstances surrounding the incident earlier this week involve a domestic situation concerning a mother who has guardianship of her daughter. As such, the St. Louis Arc can offer no insight or comment other than to convey our deepest sympathy to Sharon’s family."

....The St. Louis Arc has a Family Support Department that offers an array of services and supports to parents and siblings of individuals with intellectual and developmental disabilities. For more information, people may visit our website at www.slarc.org or call our offices at (314) 569-2211."