Dozens of protesters gathered on Saturday 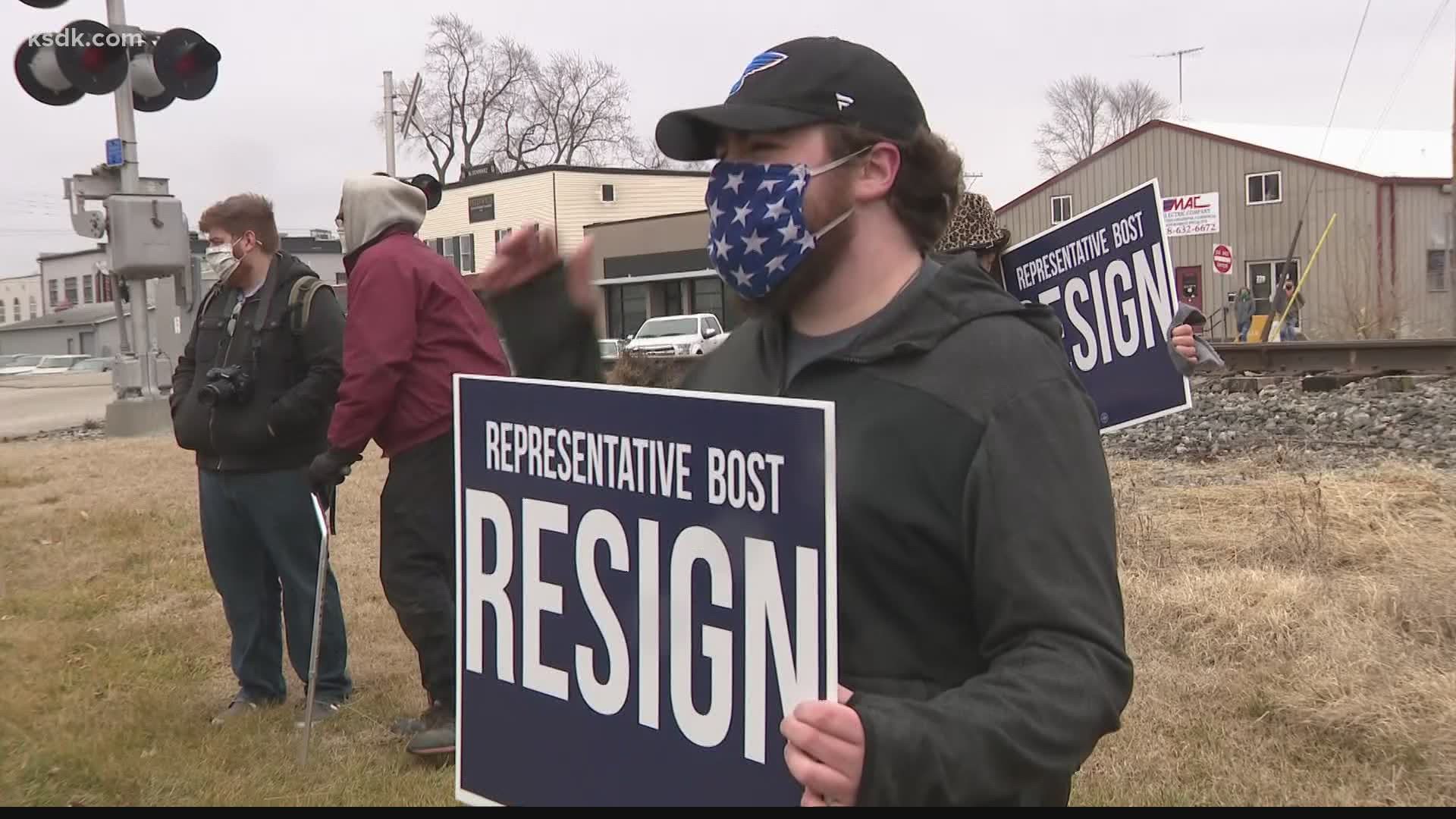 O'FALLON, Ill. — Calls for some republicans to step down after objecting the presidential vote certification continue.

About two dozen protesters grabbed their signs and stood across from Bost's O'Fallon office.

They say they're unhappy with Bost's vote against certifying election results. This comes after a deadly riot at the Capitol.

High school students were among the protesters.

“We are the future... We'll be voting in one to two to three years so when we start voting we want to make it clear that our values are represented… So if you are watching this and you are a kid making sure you're getting involved," said one high school student.

5 On Your Side reached out to Bost’s office for comment but we have not heard back as of this writing.

However he tweeted this in defense of his vote on Jan. 7:

"But what's dangerous about it is it causes people to lose faith in the democratic process and when people cant have faith in the process they turn to other means," Day said.