Hawley has said he will not step down as pressure continues for his censure, expulsion, or resignation 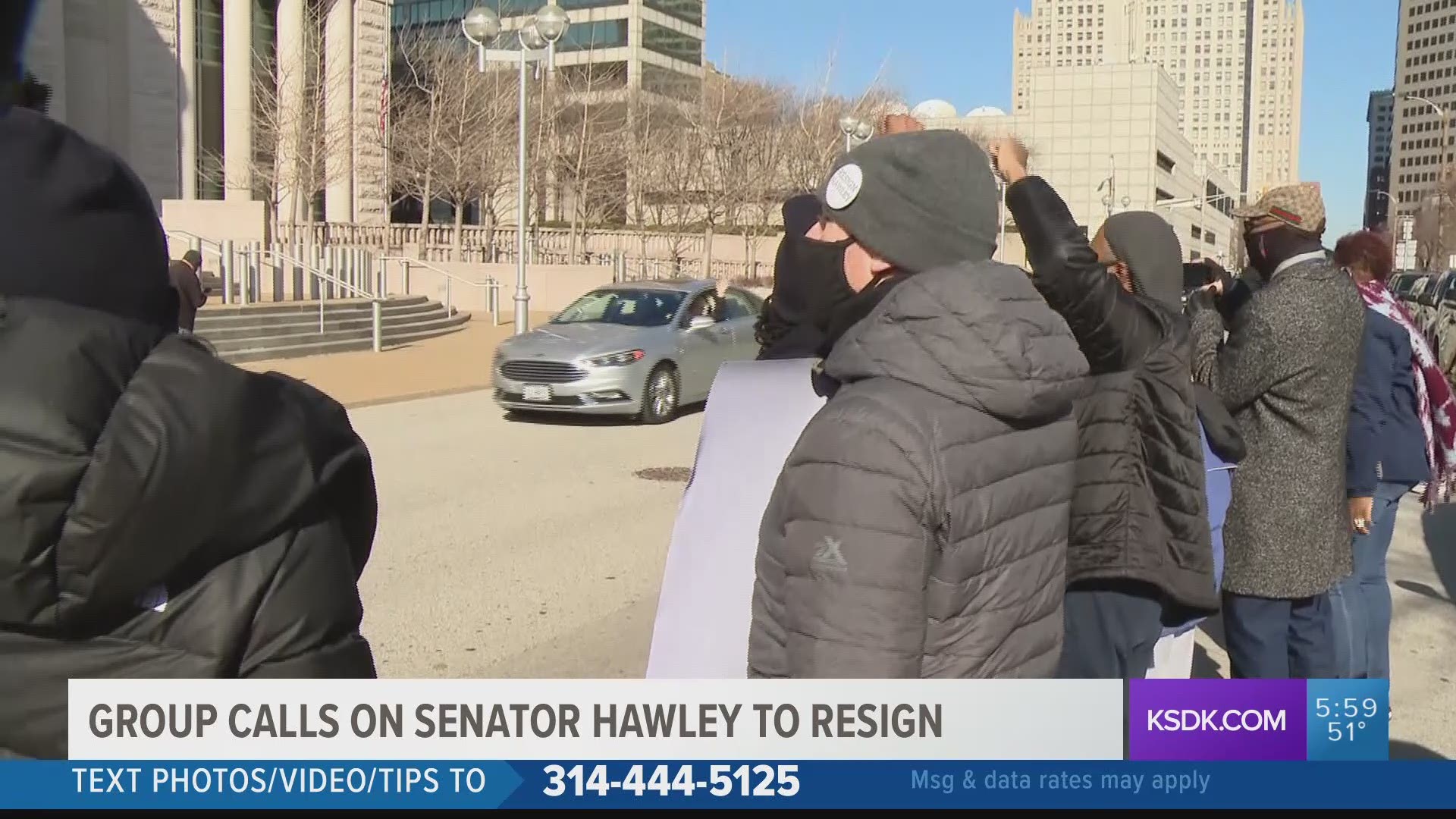 ST. LOUIS — About 100 people gathered in the park outside Senator Josh Hawley's St. Louis office on Tuesday as part of a protest organized by a labor union calling for the junior senator's resignation.

Hawley has been widely criticized over the past week for being the first senator to announce he would object to election certification on Jan. 6, the same day crowds gathered in DC and overtook the Capitol.

"I never thought in a million years that we would see the treason that we saw in DC," union VP Corey Sanford said. "When he raised his fist to the protesters -- to the treasonous protesters in DC -- he was giving them the OK to go ahead and storm the capital, in my opinion."

Members of the American Federation of Government Employees (AFGE) organized the Tuesday morning event which featured several speakers, as well as a caravan around the federal courthouse where Hawley's office is located with cars circling the square six times, one round for each of the people who died as a result of the siege.

"Senator Hawley incited a domestic terrorist attack on our nation's capital last week, and -- for this reason -- he needs to resign," one speaker said.

Attendees called for Hawley to resign, some saying he "has blood on his hands."

Sharon Menzel said she participated in the protest because its caravan allowed her to keep her distance.

"With enough pressure, I think that people really can make changes," Menzel said.

Hawley has said he will not step down even as pressure continues for his censure, expulsion or resignation.

His mentor, John Danforth, has disavowed the politician. Mega donors have dropped him.

On Jan. 6, Hillary Clinton wrote in an opinion piece that "Members of Congress who joined [Trump] in subverting our democracy should resign," later mentioning Hawley by name.

Kansas City-based Hallmark reportedly sent a notice to Hawley asking him to return their campaign contributions to their political action committee, HALLPAC.

5 On Your Side has reached out to Hawley's office to try to arrange a time to talk with him. We had not heard back by publication time. 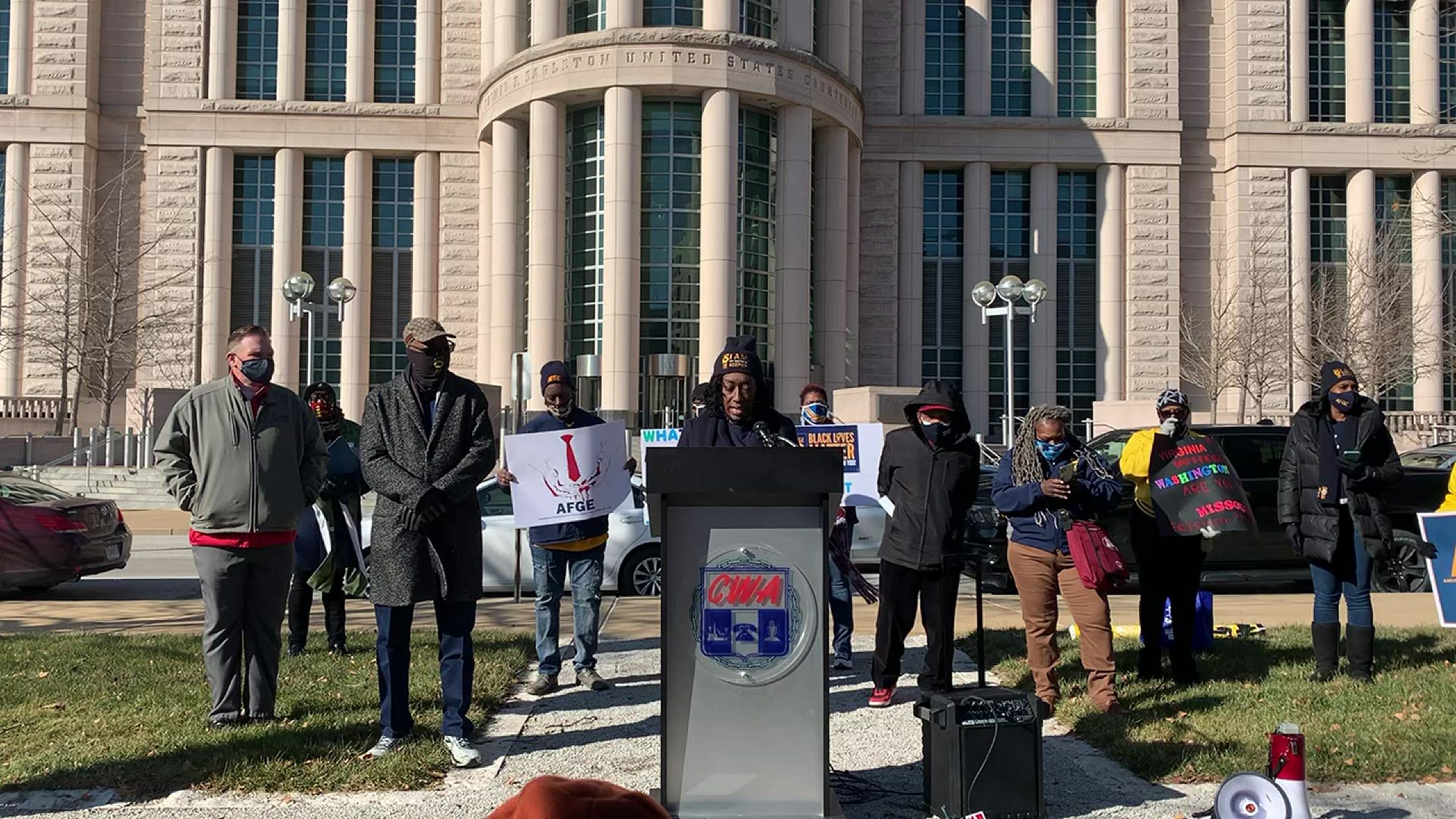