Not everyone is excited about the $1.7-billion project coming to north St. Louis 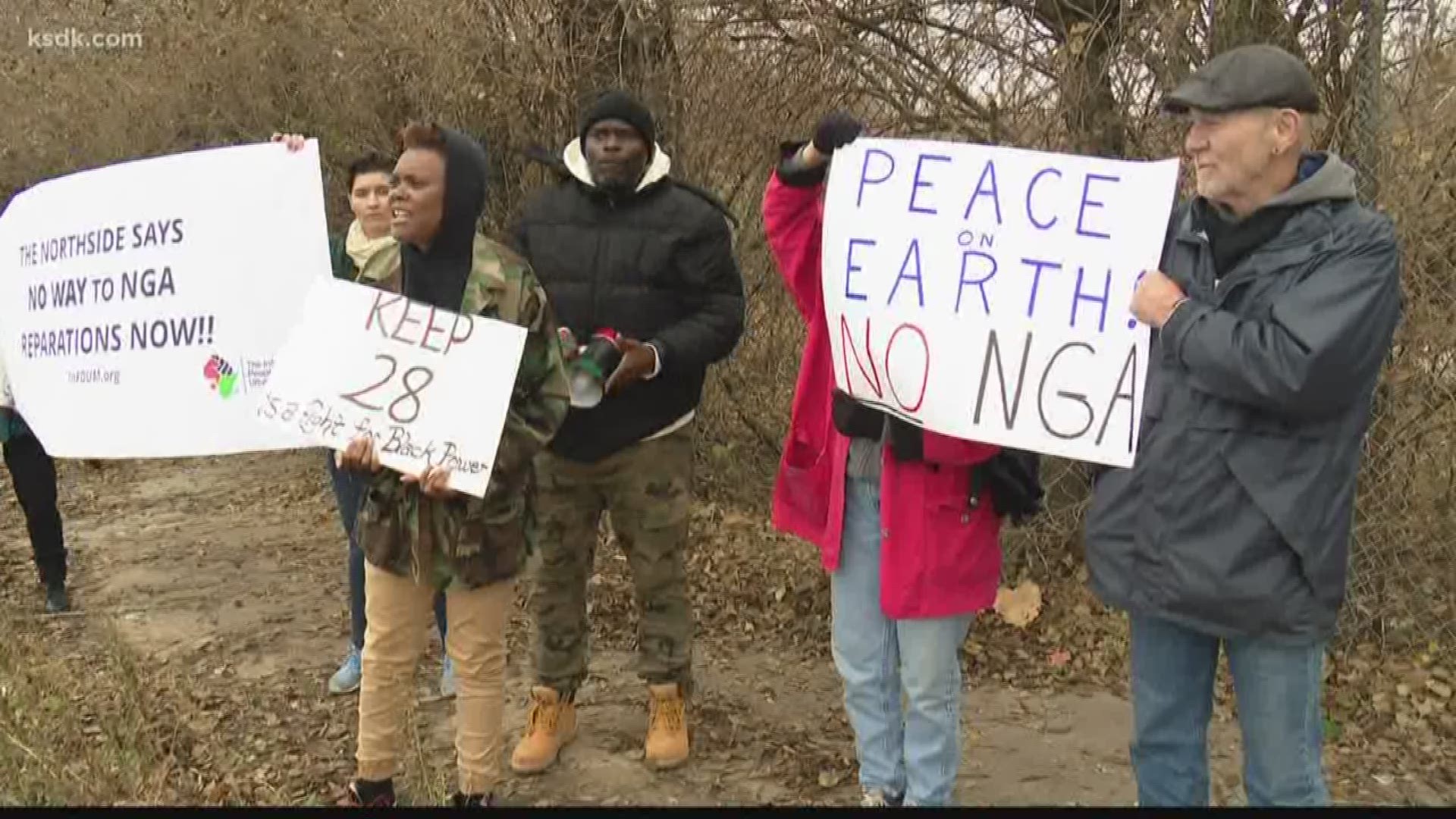 ST. LOUIS — Most of our technology runs off work from the NGA, the National Geospatial-Intelligence Agency.

Tuesday they broke ground on a new facility in North St. Louis. The New NGA campus will be at the corner of Jefferson and Cass. It cost more than a billion dollars and is the biggest federal government investment ever made in St. Louis.

But not everyone who lives in that part of North City sees the bright side of the NGA.

Some lost their homes to the project, and think things will only get worse from here.

"Hell no to the NGA," protesters yelled Tuesday.

Across from the groundbreaking packed with politicians and local officials, protesters made their message loud and clear.

"It was never their plan to work with anybody they are doing exactly what they were put here to do," said protester Kalambyi Andente.

With signs in hand, members of the International People's Democratic movement voiced their concern about the NGA.

To make way for the project, developers purchased nearby properties.

Activist Gustavo Rendon said his home was one of them.

"Our street, Mullanphy, was the first street over and it was full of life there was music playing all the time there were people gathering people telling stories it was a real community," said Rendon.

Just down the street from that groundbreaking, you'll find abandoned buildings. A city official said it is just one of the reasons this will be good for the community.

It's change Bell said is necessary to revitalize a region that's been dwindling for decades. 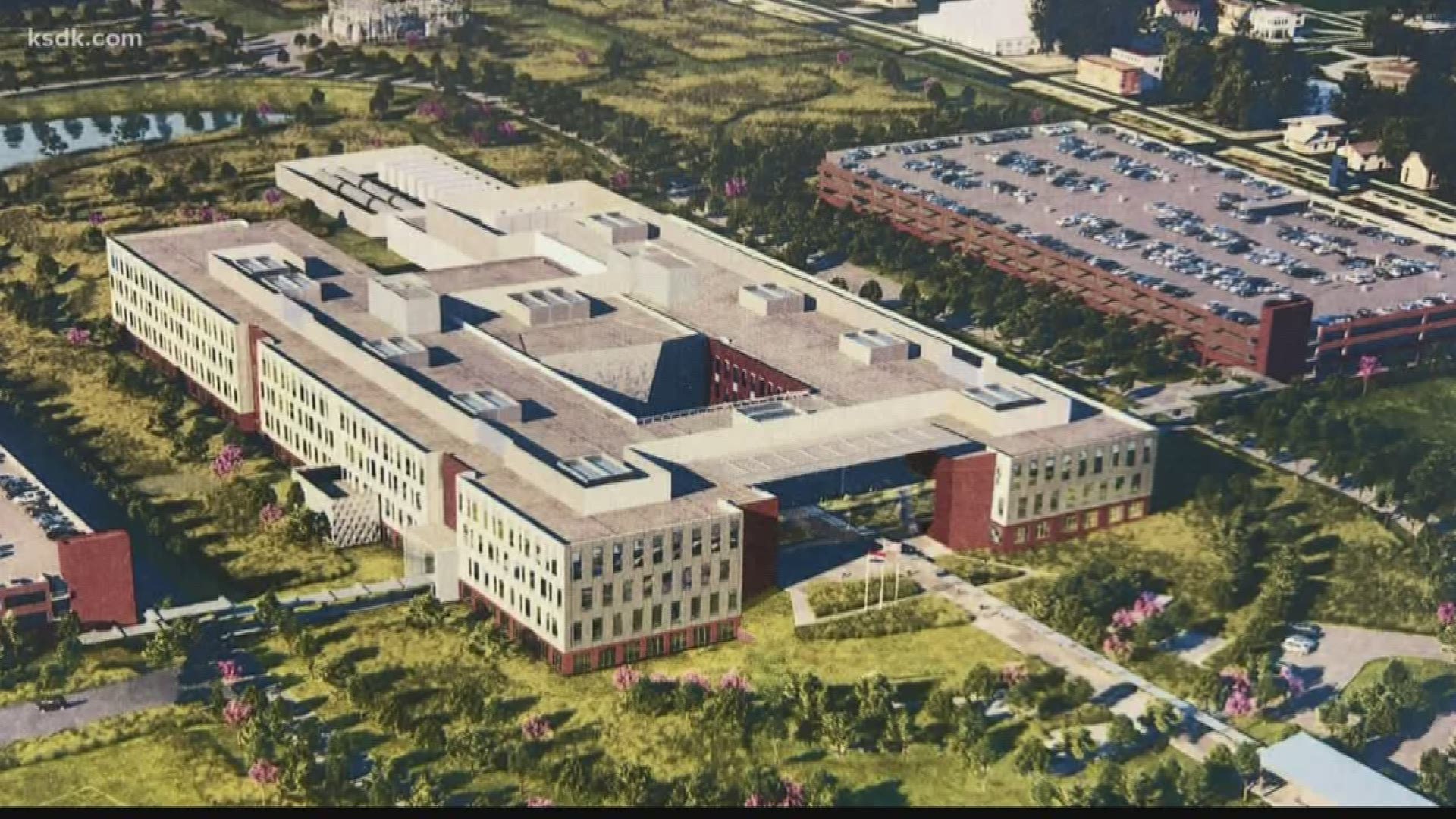