The protests started after door-bell video was posted on social media showing a police detective hitting a man with his unmarked squad car. 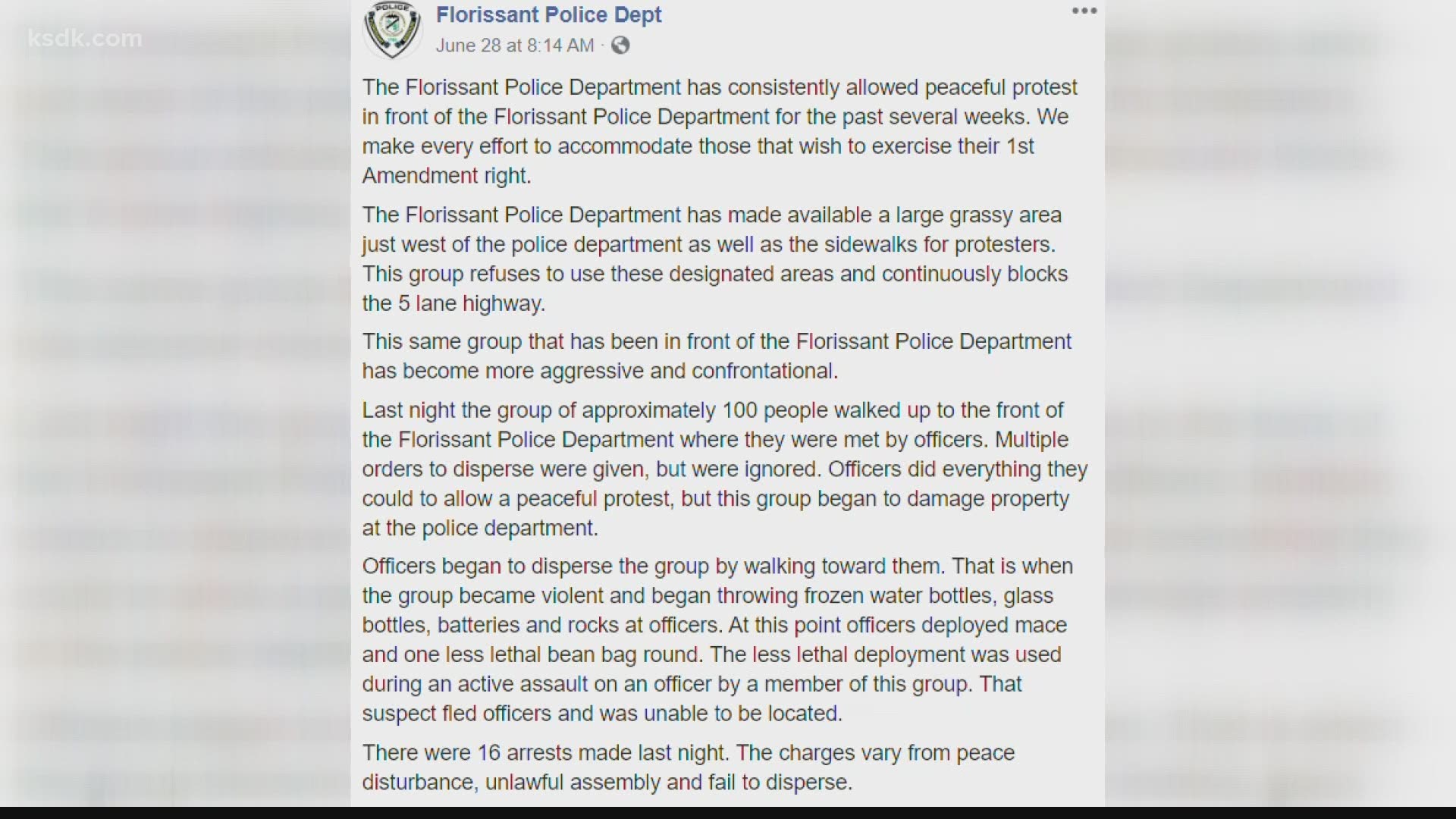 FLORISSANT, Mo. — It's been nearly a month since protests first erupted in Florissant, and both police and protesters say they have not all been peaceful.

"Every night that I have been there we have been peacefully protesting in a line and police forcefully attack us," said Aaron Koth, one of the protesters.

The protests started after door-bell video was posted on social media showing a police detective hitting a man with his unmarked squad car.

That officer, Joshua Smith, has since been fired and charged with assault.

The other two officers on the scene, who were reportedly inside the SUV when it struck the man, have been cleared of wrongdoing. A special prosecutor made that announcement last week.

"I want them to fire the other two officers," protester Sylvon Mosley, 18, said at Tuesday's protest.

The group is pushing for change within the department and said the protests have been getting violent, but at no fault of their own.

"We are not being violent we are simply chanting and talking to them. and they responded by physically pushing us and knocking us down," said Koth.

The department published a Facebook post that said four people were arrested after causing property damage and refusing to disperse Monday night.

Mosley said he heard police threaten arrests at Monday's protest, which is why he and others moved out of the street and into a lot across the street.

Saturday night, Florissant Police said on Facebook officers were assaulted with frozen bottles, glass bottles and rocks. They say protesters refuse to use areas designated to them and that they have become more aggressive and confrontational.

"I don't understand that people can't see that reacting with violence to protesting violence is something that a person in power shouldn't be able to do," said Koth in reaction to police.

Parks, a longtime Florissant resident, says she will continue protesting for change.

“Just the tactics that they’re using to intimidate people, to silence protesters, to not come out anymore makes me want to come out every night just as much so.” 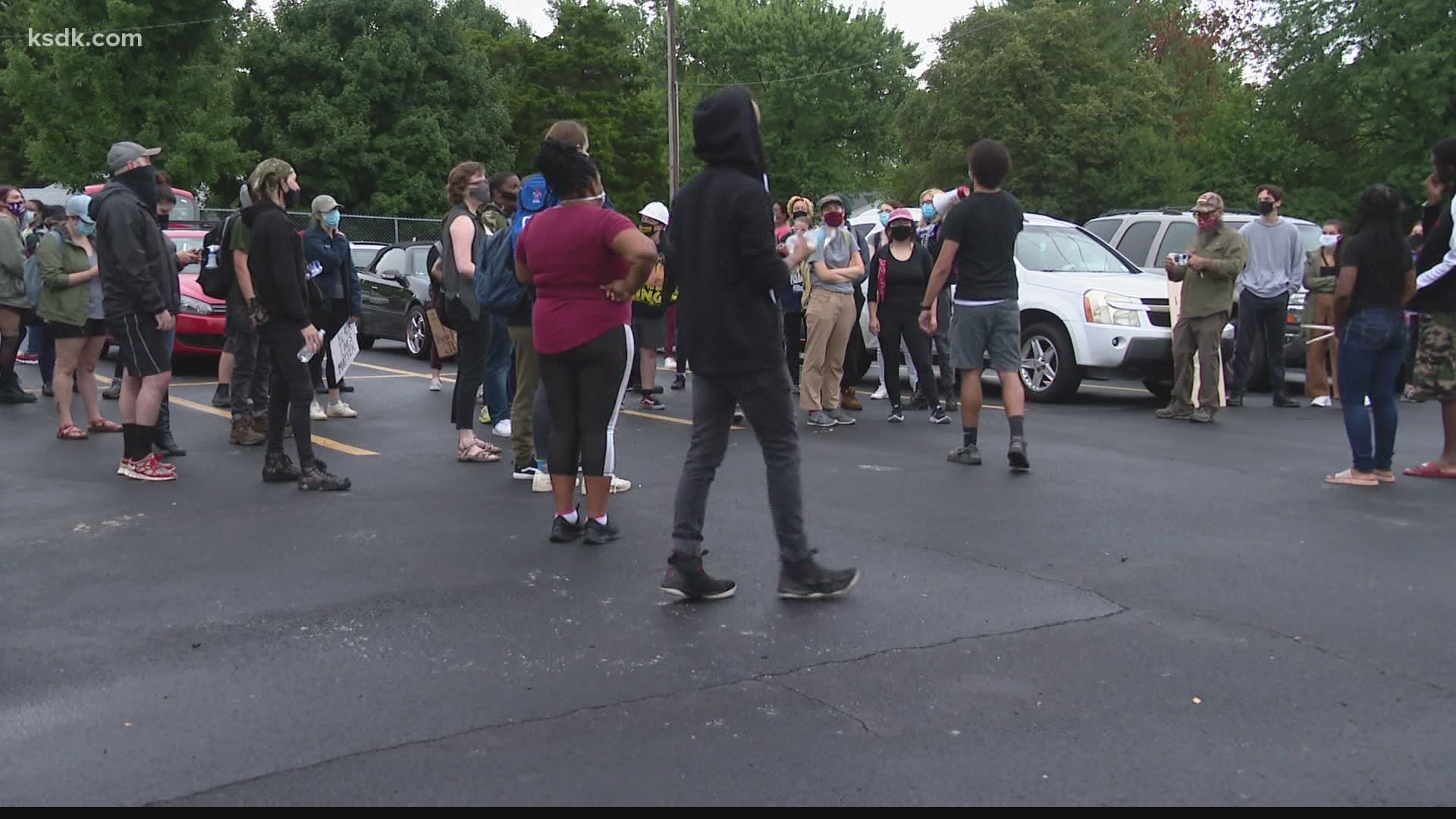 Another protester says the possibility of arrest doesn't dissuade him from the mission.

"I don't want my grandchildren to deal with what my grandparents dealt with. I'm stopping it now," he said.