Several protests are planned for Friday 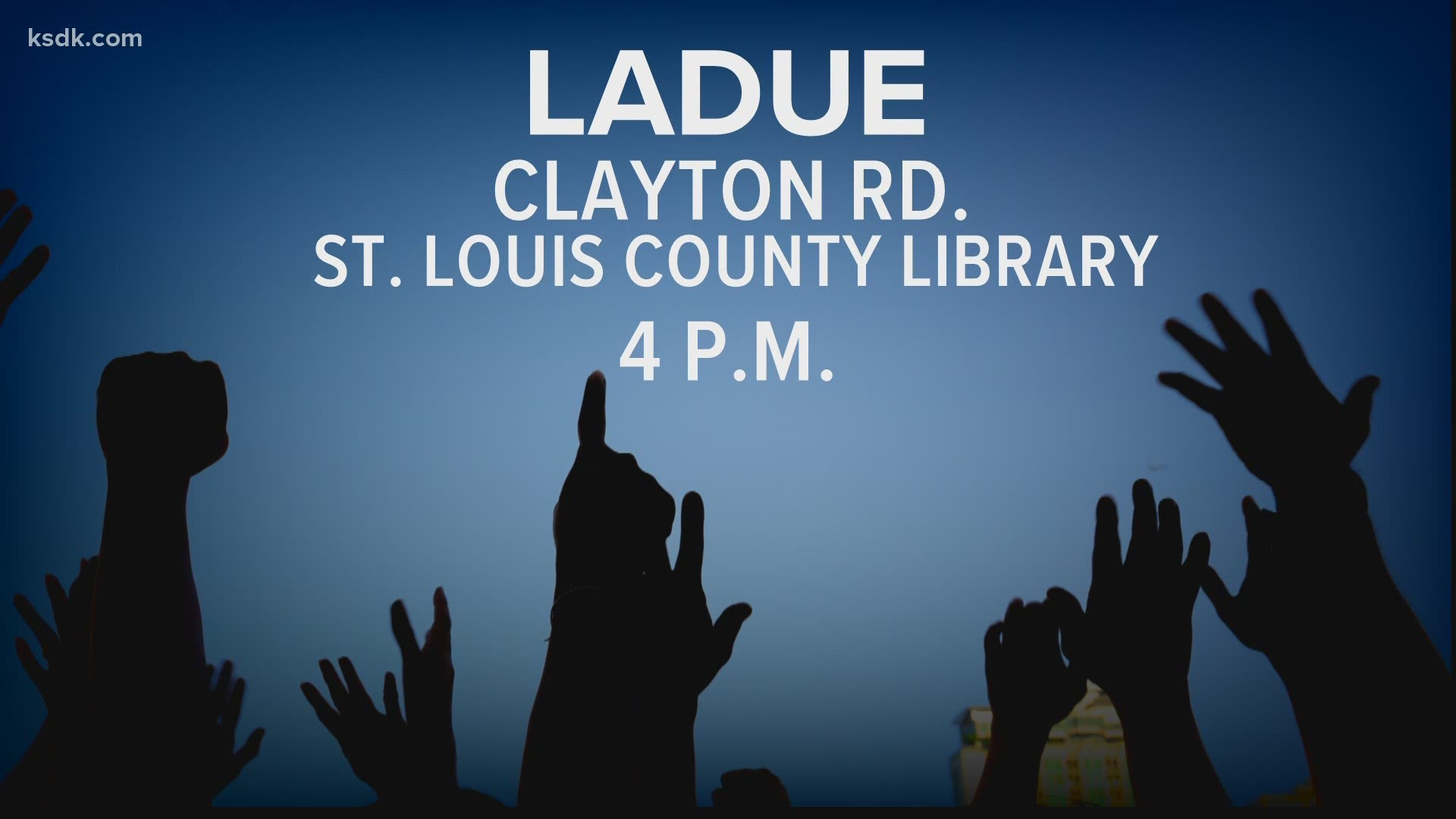 In Washington, Missouri, ‘Wake up WashMo’ rally will begin at 3 p.m. at 301 Jefferson Street. According to a flyer, protesters will march and have a moment of silence for 9 minutes.

In Ladue, beginning at 4 p.m. a protest will be led by students. It’ll start at the St. Louis County Library across from Plaza Frontenac and go west on Clayton Road and end at Highway 141. Students are working with police for road closures.

According to Plaza Frontenac’s website, the mall is closed. On Friday morning, the website said businesses with exterior entrances may be open and hours may vary. The Saint Louis Galleria is also closed.

At 6:30 p.m., a march will be held in The Grove and it’s being led by St. Louis’ LGBTQ community. The group will march down Manchester Avenue.

And at 7:30 p.m., protesters will gather at Mid Rivers Mall. There will be roads closed in that area. As of Friday morning, according to its website, Mid Rivers Mall is open from 11 a.m. until 7 p.m.

Thursday night, hundreds flooded the streets in Brentwood to protest. At one point, protesters took out their phones and lit up the sky in honor of George Floyd.

The ‘I AM George Floyd’ rally was held by ExpectUS following Floyd’s memorial service in Minneapolis. Protesters blocked roads in a normally congested area of Brentwood for about three hours. The group marched down Hanley Road until they reached the Walmart parking lot, which is in Maplewood. 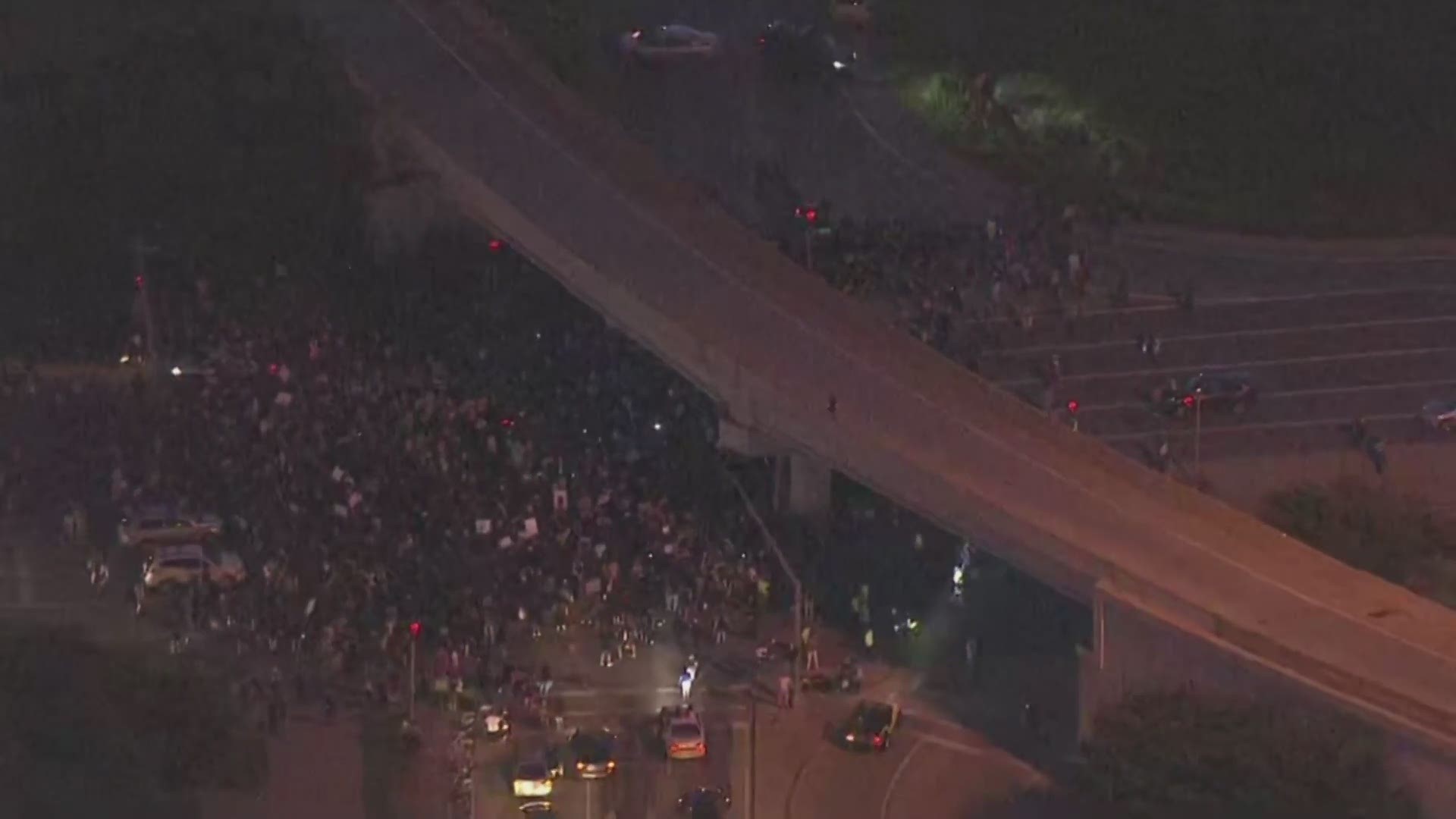 ExpectUS has put together other protests in the area, including a gathering in downtown St. Louis on Monday. Thousands of people peacefully marched through streets onto Interstate 64. In a Facebook post, the group said its first goal is to keep everyone safe at the events, and that violence is unacceptable because it further hurts communities.