Protest over killing of George Floyd winds through Ballwin

During part of the demonstration, some people laid face down in the street while others sat or knelt around them holding signs 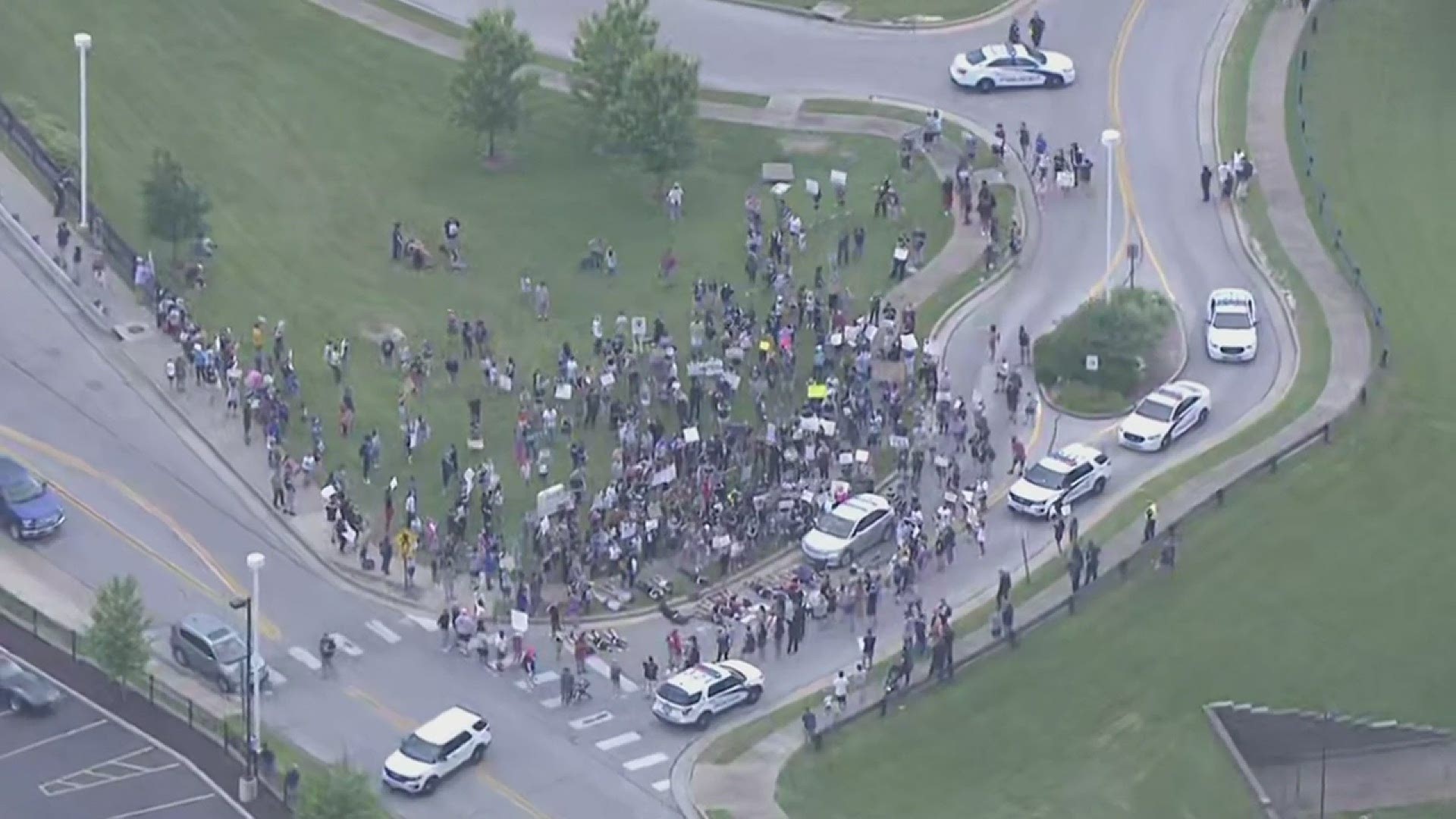 The protest, which was described as a family-friendly march by organizers, started at the Ballwin Government Center at 6 p.m.

Video from above the scene showed a crowd marching from the government center before stopping for a demonstration on Andrew Park Way, near the edge of the park.

Some people laid face down in the street while others sat or knelt around them holding signs.

The protest in Ballwin was the third of the day in the St. Louis area. Earlier in the evening, hundreds of people marched alongside police officers on Main Street in St. Charles. 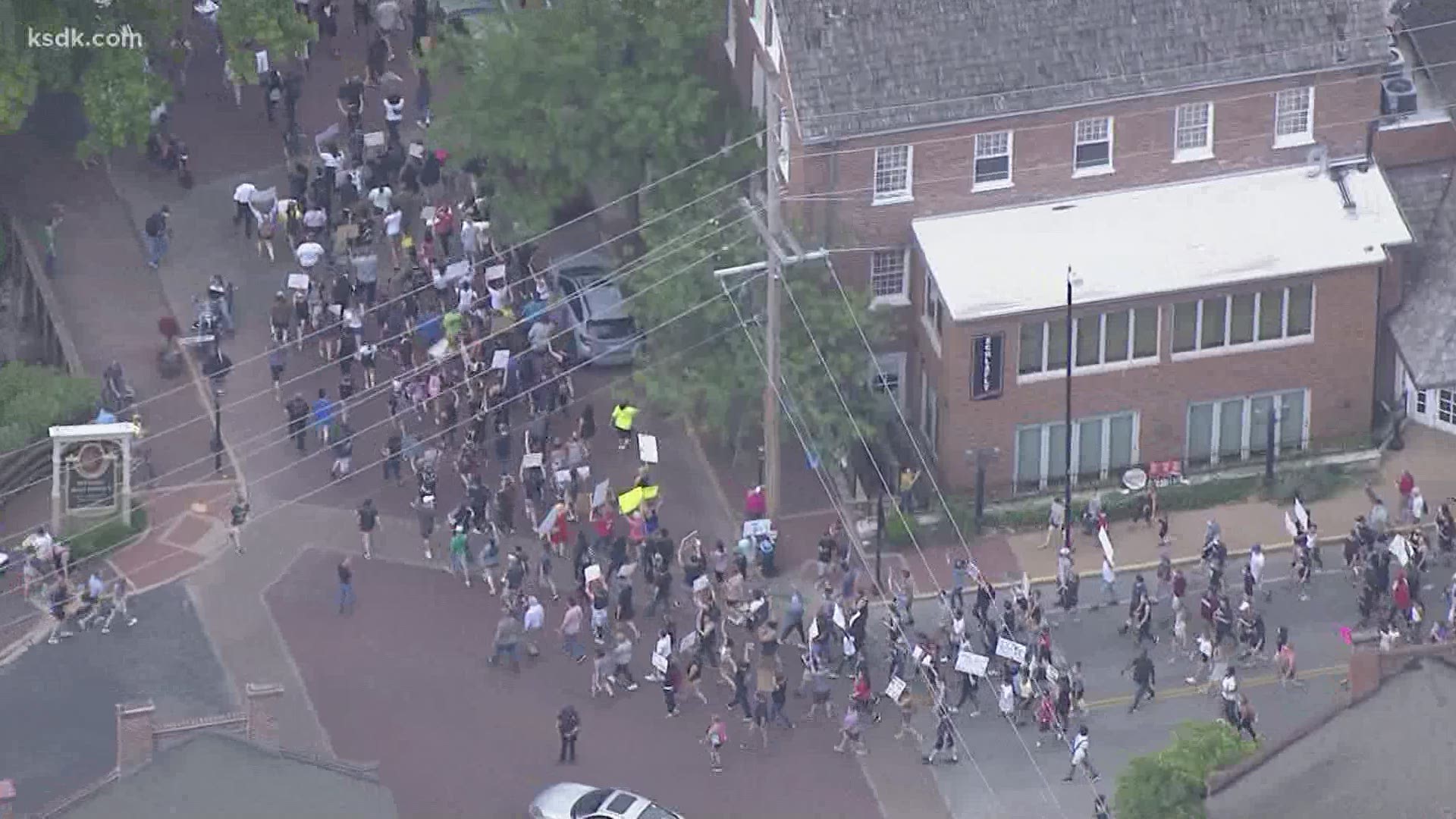 "This young man wants to hold a peaceful protest and we're going to help him do that," said St. Charles police Lt. Tom Wilkison.

A couple hours earlier, a group of hundreds of protesters marched for justice for George Floyd on Highway 94 in St. Charles County. 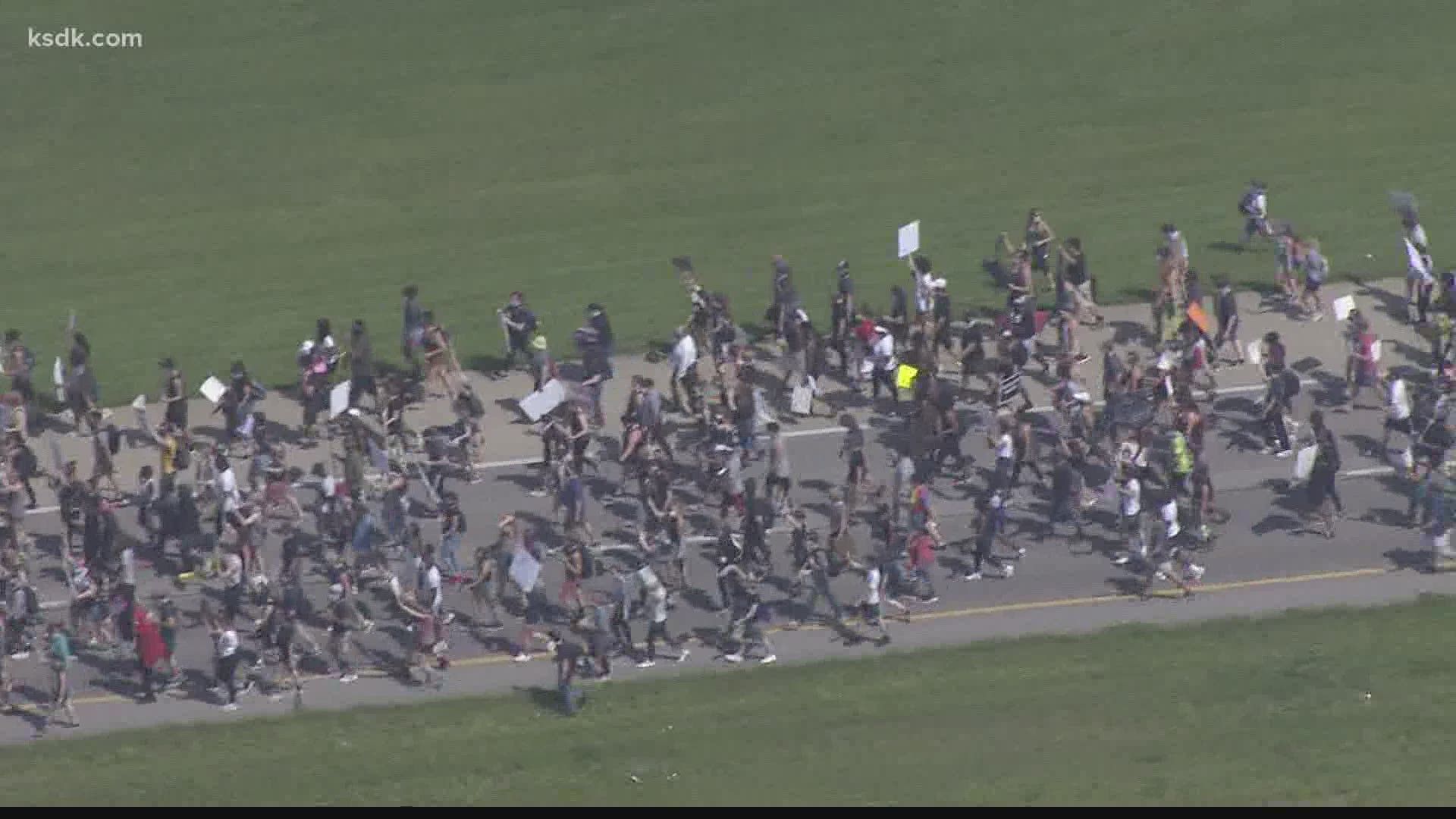 At one point, protesters were seen walking between cars that were sitting in traffic. Several people held signs out of the sunroofs of their cars in support of the protest.