Demonstrators plan to meet at 2 p.m. outside the Buzz Westfall Justice Center 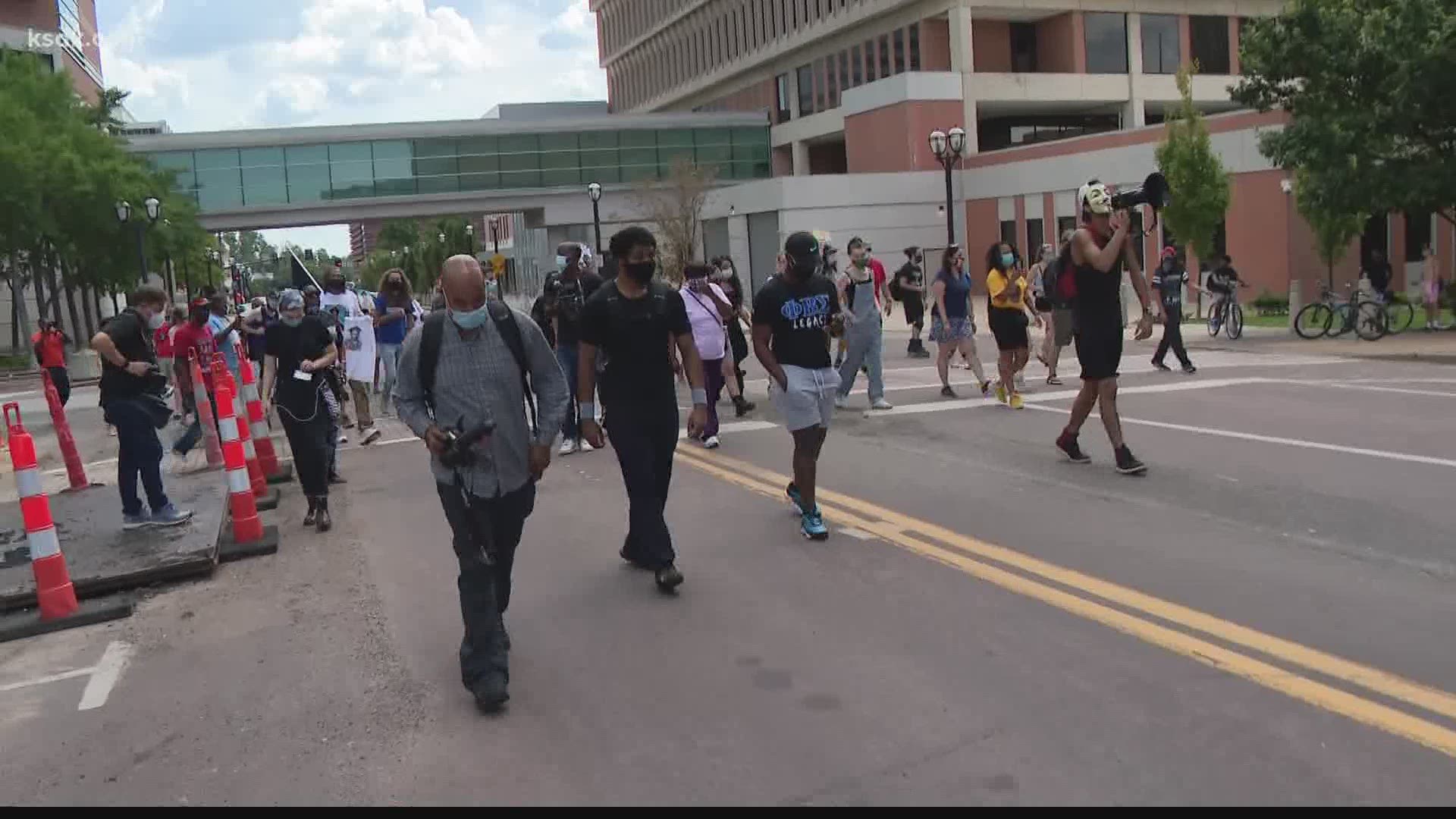 ST. LOUIS COUNTY, Mo. — Protesters will gather outside a justice center in Clayton on Sunday following the announcement that charges will not be filed in the 2014 police killing of Michael Brown.

St. Louis County Prosecutor Wesley Bell said that he will not pursue charges after a reinvestigation of the case. A group protesting the decision plans to meet at 2 p.m. outside the Buzz Westfall Justice Center on Carondelet Avenue.

RELATED: Anger and understanding as Bell announces no charges after reinvestigation into Michael Brown's death

"It was a day I thought I would never see, a day that has changed my life forever — although I have been forced to learn how to cope with his absence," Brown Sr. said on the steps of the St. Louis County Justice Center on Aug. 9, 2019. "I would never guess the fact that my son would no longer be here, and justice has not been served."

Bell said the investigation was concluded weeks ago. He said his office then set a date to meet with the family to inform them of his decision before announcing it on Thursday.

Brown, 18, was unarmed when he was shot and killed by former Ferguson police officer Darren Wilson on Aug. 9, 2014. Wilson was never charged.

Bell stressed that the investigation didn't exonerate Wilson, who resigned in November 2014. Wilson and Brown became involved in a heated confrontation on Aug. 9, 2014. Wilson said that Brown came at him menacingly and that he killed him in self-defense.

“The question of whether we can prove a case at trial is different than clearing him of any and all wrongdoing,” Bell said. “There are so many points at which Darren Wilson could have handled the situation differently, and if he had, Michael Brown might still be alive.”

Next Sunday will be the sixth anniversary of Brown's death.