At about 5:15 p.m., the demonstrators stopped on the road and gathered outside the Florissant Police Department 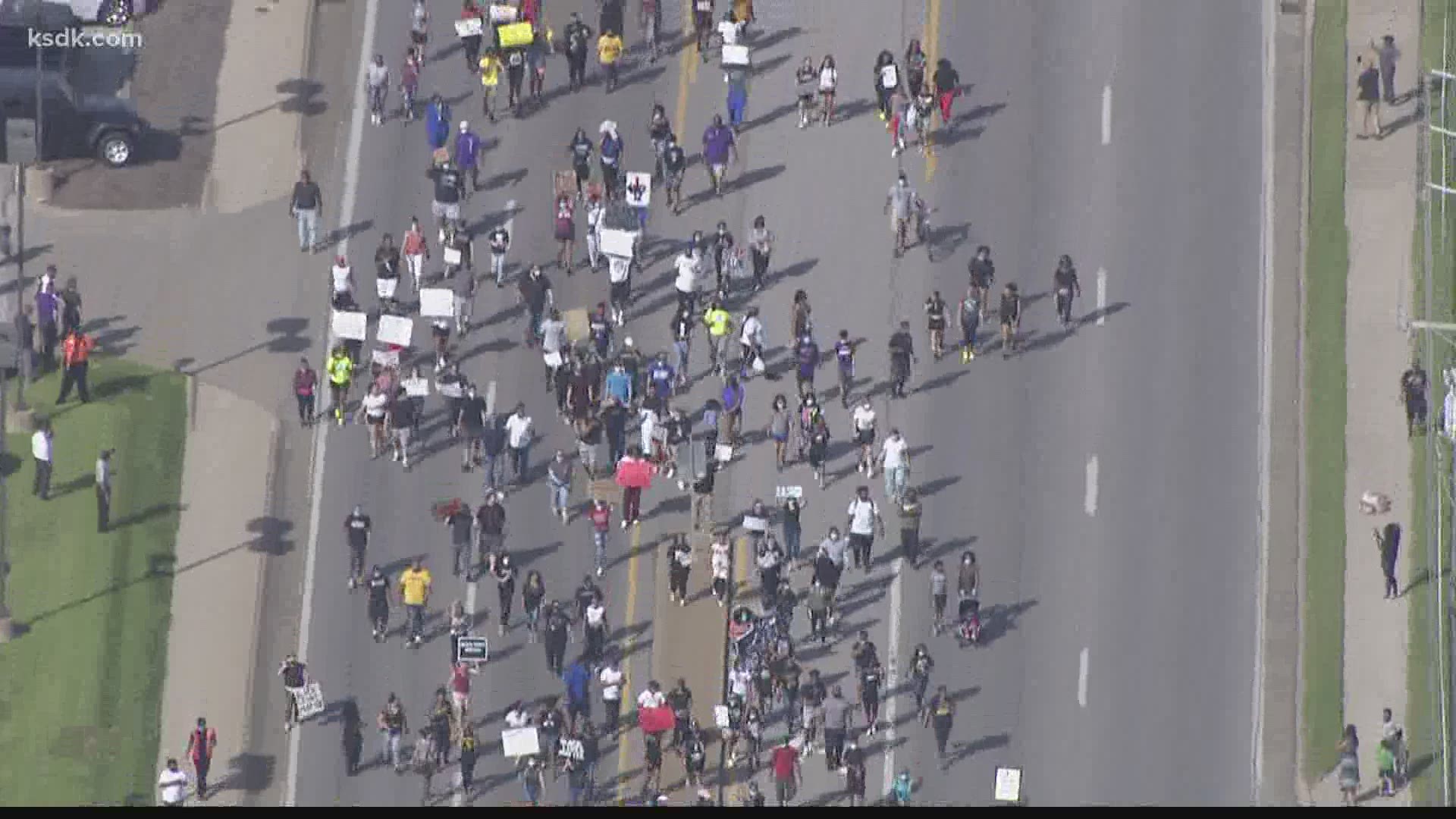 5 On Your Side's chopper was live over the scene. The protesters were seen walking in all lanes of traffic on Lindbergh near Waterford.

Police were blocking off intersections so protesters could safely walk in the street. Many of them were holding signs while they peacefully walked down the road.

At about 5:15 p.m., the demonstrators stopped on the road and gathered outside the Florissant Police Department. Police have placed concrete barriers at the main entrance, along with wooden crowd barriers. Eight National Guard troops were stationed in the parking lot. Several of their vehicles were parked near the entrances to the lot.

Florissant police posted on Facebook Thursday afternoon to say the department was aware the protest was likely going to happen.

"The Florissant Police Department staff regularly trains and is well prepared for incidents like this. We also coordinate and work with other law enforcement agencies to make sure everyone is safe.

"Our goal has always been to provide a safe environment for those wanting to participate and have their voices heard in a peaceful manner, as well as ensuring the safety of our community, its residents, businesses and officers," police write, in part.