'Police know who they are' | Organizers denounce violence, say looters are known to officers

"To loot buildings, to burn buildings down and to take an innocent life like what was taken last night does not do anything for the cause of justice" 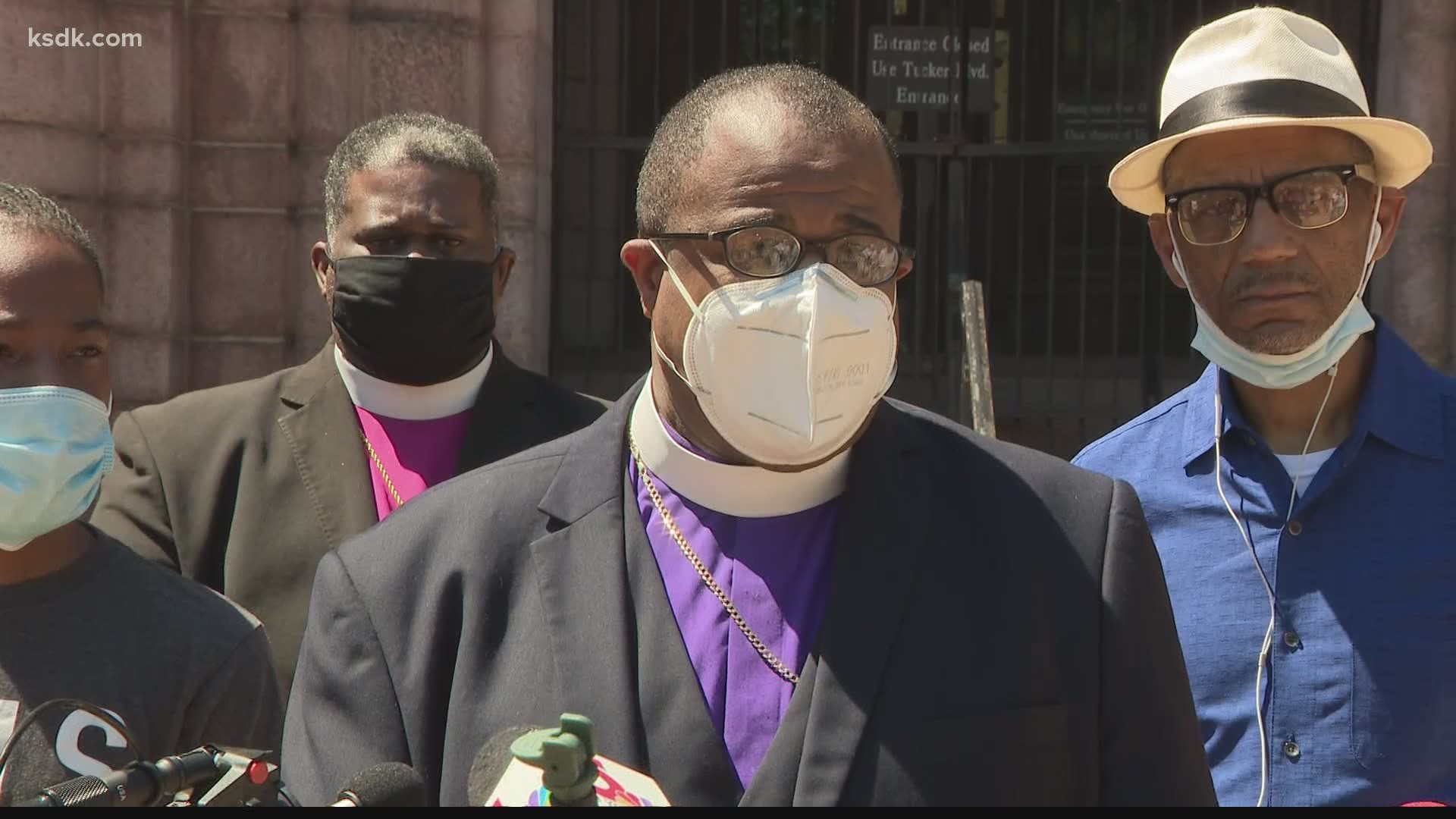 Their message: there are organized protesters... and then disorganized acts of destruction.

And the two should remain separate.

On Tuesday, members of the St. Louis Metropolitan Clergy Coalition and other black leaders addressed the public after businesses were damaged, four city officers were shot and a retired police captain was killed.

"To loot buildings, to burn buildings down and to take an innocent life like what was taken last night does not do anything for the cause of justice," said clergy coalition president Bishop Elijah Hankerson.

They condemned acts of violence following protests calling for justice over the death of George Floyd asking people to separate the two acts.

"Unfortunately, there are many that are grouping everyone together... a criminal element that is hiding behind these activists that are doing such a wonderful job," Hankerson said.

Activist and state representative Rep. Aldridge is a member of Expect US. The group has organized peaceful protests throughout the city, including the one that drew approximately 2,000 peaceful demonstrators earlier Monday.

"I am saddened by the individuals and business owners that have to rebuild, but I also understand the pain and anger and the grief that these young people are feeling because I am one," Aldridge said.

As for who was behind those acts of violence, area leaders said the culprits are no secret.

"The police know who's doing what under the cover of darkness, and we'll say let the police do their job in that regard," Gray said.

Expect US said there are no planned protests Tuesday on their end, but they can't speak for other organizations or protesters.