Investigators are looking into whether the situations are connected. 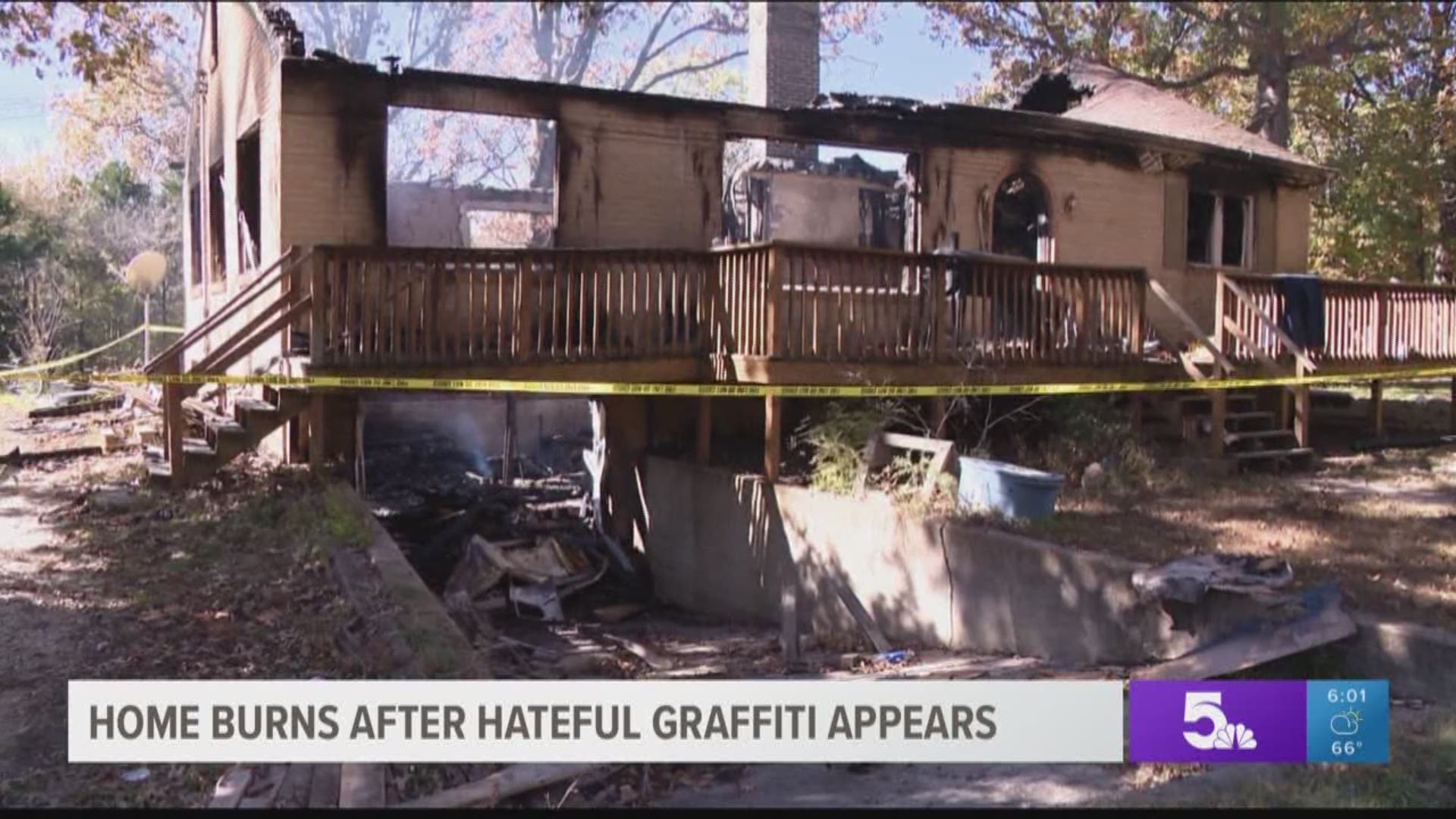 CRAWFORD COUNTY, Mo. — Racially-charged hate speech spray-painted on the side of the house. Then, just days later, that same house burned down. Now, Police are trying to figure out if the two situations are connected.

The home is in Crawford County, just south of Owensville and the man who lives there says the whole thing is nonsense.

“It sucks,” said Gary Masten as he stood Monday afternoon looking at the burned-out ruin of his home.

Masten and his son lived at the home just off Highway 19 together for the last three years. Neither of them were home when the fire started.

“I got a message from a neighbor when I got off work saying ‘I hope you and your family are safe.’ So, I sent him a message back saying ‘I don't know what you're talking about.’”

A call to his son helped answer the questions in Masten’s head.

“I said 'Are you OK?' He said ‘Yeah, you need to get home immediately. It’s burned down.’”

More than two days after Saturday’s fire, smoke still flowed out of the smoldering basement. And investigators were still looking for a cause. Meanwhile, police are trying to figure out who's behind the racist graffiti that was left on the walls of the home just a few weeks earlier.

Masten's not convinced the fire and the racist graffiti are related.

“It's some moron with a paint can. It's got nothing to do with who actually lives here,” he said.

But police aren't taking any chances. They're investigating the case as suspicious but won't begin to consider it a possible hate crime until after they know the cause of the fire.

Masten's facing this challenge with a positive attitude.

"The boy's good. As long as the boy's good, everything else can be dealt with, whatever it is. This is just stuff.”

And he's getting help, like through an online fundraiser, from neighbors he'd never met before the fire.

“There's not enough thank yous in the world to say what should be said.”