Radioactive waste will be removed from West Lake Landfill

The Environmental Protection Agency announced Thursday a plan to dig up and haul out around 70 percent of the waste. 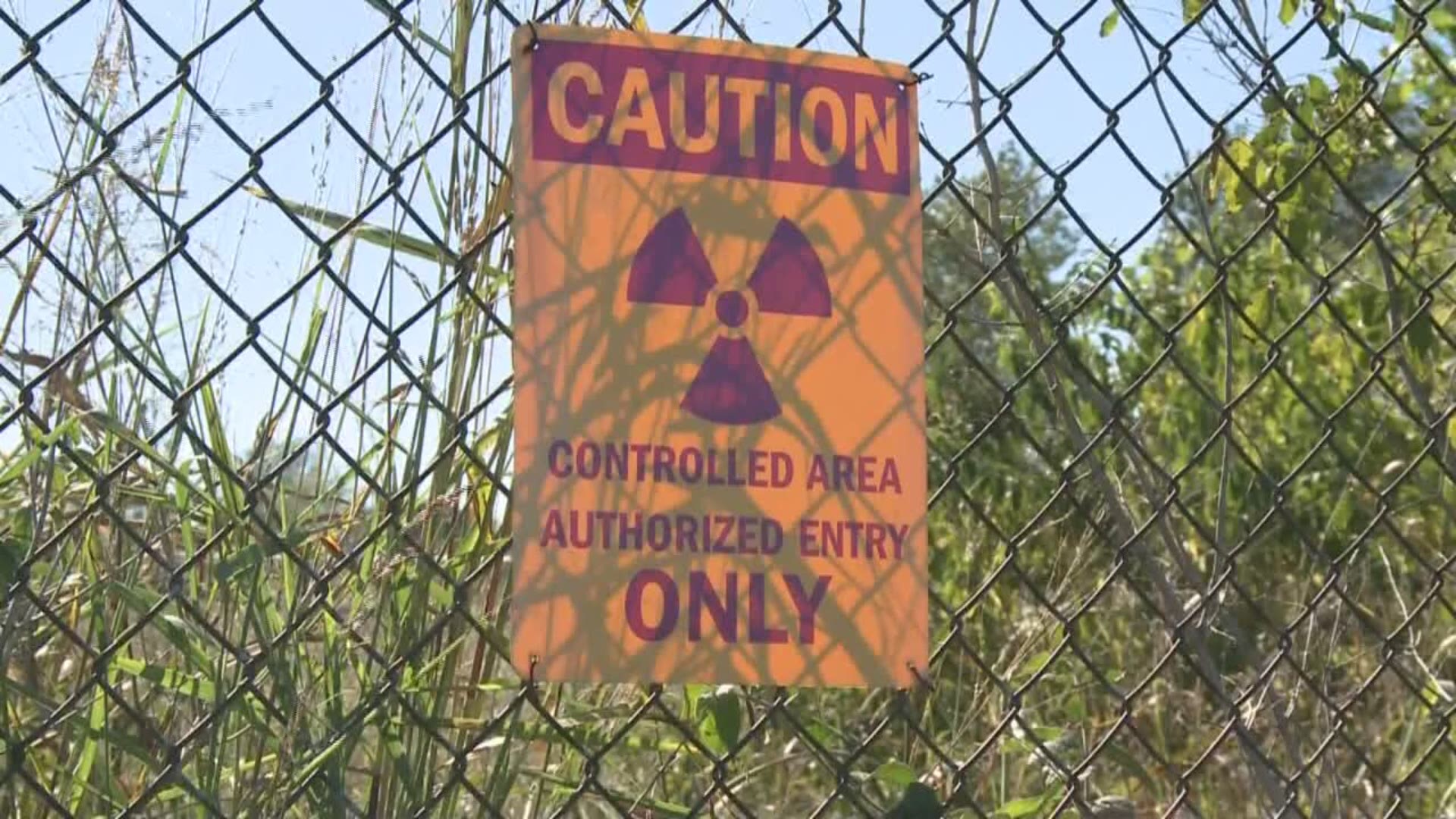 BRIDGETON, Mo. — It’s a decision that was years in the making.

The Environmental Protection Agency announced Thursday its final plan to remove radioactive waste from the West Lake Landfill Superfund site in Bridgeton. Thousands of tons of radioactively impacted material left over from World War II’s Manhattan Project were illegally dumped there in 1973.

EPA officials say around 70 percent of the radioactivity will be excavated from the landfill and taken by train to government storage sites in other states.

A preliminary Record of Decision for cleanup was announced in February. EPA said Thursday the updated plan will be around $30 million cheaper and will be completed about a year sooner than February’s version.

The original proposal called for crews to dig to a depth of 16 feet. Officials said that would remove the majority of the waste. But under the new plan, crews will dig between 8 feet and 20 feet in order to target the most contaminated spots.

Acting EPA Administrator Andrew Wheeler said the new strategy will, “Allow the flexibility to more efficiently remove contamination from the landfill,” while minimizing potential exposure to the community and on-site workers.

Wheeler said the waste remaining at the site is buried deep enough that it’s not expected to pose a public health risk.

Once the waste is removed for the landfill, crews will engineer a cover over the excavated areas that will limit radon releases and protect groundwater.

The plan also calls for long-term surveillance and groundwater monitoring.

For people who've fought for years to get this landfill cleaned up, the plan is nothing short of a miracle.

“This is safe and permanent,” said Dawn Chapman.

She and Karen Nickel have hoped to see for more than half a decade.

“This is big for not only just us, but for other sites,” said Nickel.

The two co-founded Just Moms STL to help organize, educate and rally people living around west lake. They've spent thousands of hours studying documents and they've traveled several times to Washington, D.C. to meet with elected officials and the EPA. Their goal was always to get the waste removed from the landfill.

“Some of us can go to sleep a little easier tonight, knowing that we were successful. Knowing that there's hope,” said Nickel.

But not everyone's happy with the decision. An LLC owned by trash collection giant Republic Services operates the landfill. In a statement released Thursday, a spokesman said:

“Bridgeton Landfill, LLC is opposed to the selected excavation remedy because it creates unacceptable risk with no proportional benefit, will greatly increase the time needed to remediate the site, and is contrary to EPA’s own findings regarding the risks posed by the site. In 2008, EPA selected a cap and monitor remedy for the site, and EPA’s recent Proposed Record of Decision Amendment stated that the cap and monitor remedy is “protective of human health and the environment” and would be “successful in reducing potential future risks from exposure to all contaminants at the Site.” EPA’s decision today to excavate is arbitrary and capricious. From here, we will continue to engage vigorously with the EPA and the other PRPs to ensure that any remedy is performed in a manner that maximizes protections for the community and for onsite workers performing such remedy. Bridgeton Landfill, LLC is a subsidiary of Republic Services, Inc. Republic acquired the owner of the West Lake Landfill as part of a large corporate merger in 2008, shortly after the EPA issued its original ROD. Bridgeton Landfill, LLC did not generate or deliver the waste (delivered as supposed “clean fill”) to the property and has been a model environmental steward and PRP throughout the Superfund program’s process.”

Wheeler responded by saying the decision is "based on sound science and is consistent with the requirements of the National Contingency Plan."

For Chapman and Nickel, the plan is proof a small community working together can do big things.

“Every single voice matters. Every single call that was made, every letter that was written, those all matter,” said Nickel.

EPA officials say work will begin on a planning and design phase as soon as possible. That work is expected to take up to 18 months. Once the design is complete, EPA will “make every effort to reach an enforceable agreement with the potentially responsible parties” which include Republic Services, The U.S, Department of Energy and Exelon Corporation.

The parties will share the estimated $205 million-dollar cost of the cleanup.

The excavation and cover process is expected to take around three and a half years to complete.