"I think police have a lot more to worry about than coming through restaurants, making sure everyone's not eating inside, " said bartender Colton Dodds 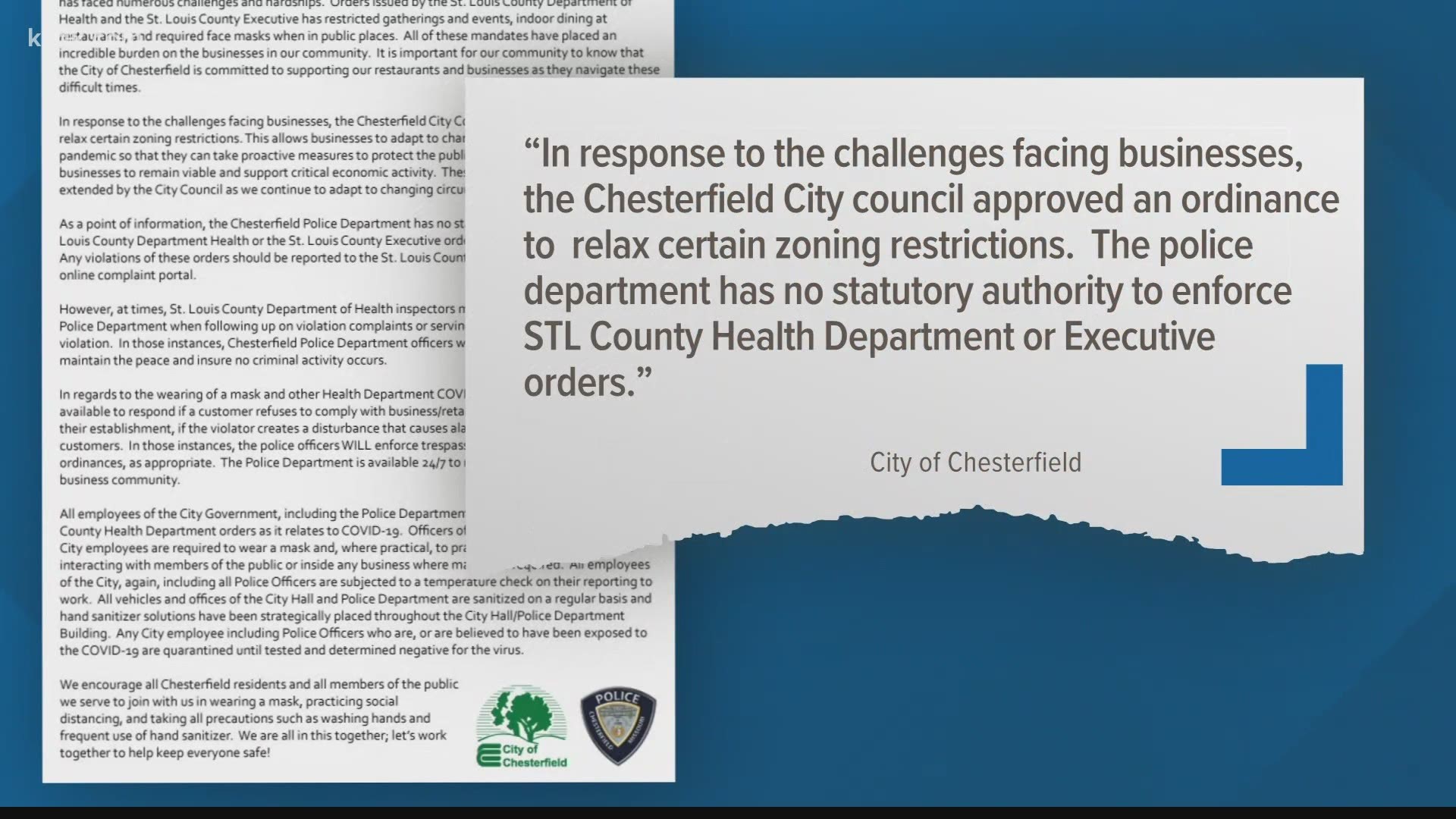 Instead, the men and women in blue said they are "committed to supporting our restaurants and businesses amid the COVID-19 pandemic."

"I think they're acting in accordance with the law," said Chesterfield Mayor Bob Nation. "There's nothing wrong with it. If they were to take a more active, aggressive role, I think they would be overstepping their bounds."

In a statement, the Chesterfield Police Department further explained that city council members approved an ordinance to "relax certain zoning restrictions" so that businesses can "adapt to changing conditions due to the pandemic."

Nation said the temporary change was designed to help meet the needs of business owners, who are struggling during the pandemic.

"I think there's a little bit of misunderstanding. I think there's an assumption that the police automatically have the authority and the duty and obligation to enforce," Nation said.

However, city leaders agree with the Chesterfield Police Department that officers do not have the authority to enforce county mandates, such as a ban on indoor dining.

Instead, officers will serve as a neutral party to help keep the peace at businesses during the pandemic.

"During these times, we're all struggling," said Brenna Kuthe, the general manager at Walnut Grill Eatery and Bar in Chesterfield. "I don't think the cops need to be worried about people trying to dine in or dine out. Obviously, they're here to protect us."

"I also don't think there's any need for the police to be included with it as well. I mean the health department they're already doing it," said Colton Dodds, a bartender at Walnut Grill Eatery and Bar. "If they're going through with citations, then I'd say that's enough,"

Nation said he wanted to remind people in Chesterfield to continue to follow safety guidelines including wearing face masks and practicing social distancing when they go the businesses.

Also, he stressed that violations should be reported to the St. Louis County health department.