A longtime referee gives a play-by-play on ways to prevent brawls during youth sporting competitions. 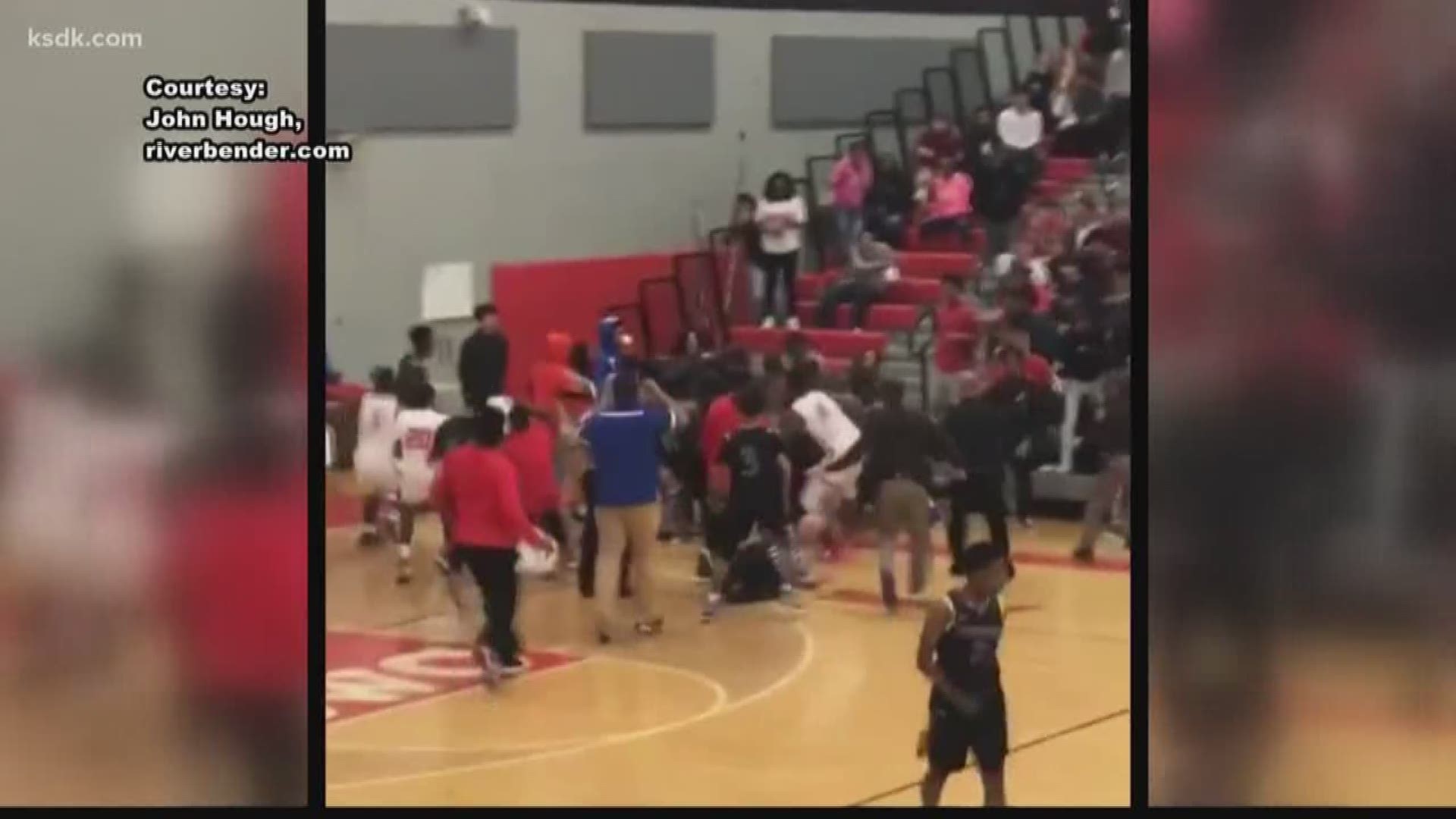 ST. LOUIS — Parents, fans and law enforcement are still trying to figure out a punishment for players and fans involved in a basketball game brawl at Alton High School on Friday.

He’s called hundreds of games in his 20 plus year officiating career. He analyzed cell phone footage of the fight.

"You can see the referees go right in and start to get players apart,” Probst said.

“I'm not criticizing this official he's in a horrible situation from trying to stop this thing from happening. You're better off trying to put your hands off and keeping bodies apart and do it that way. They changed the rules a few years ago. When the first thing you do is beckon the coaches on the floor. You want the coaches out there breaking things up. Even when the coaches are out on the floor, even the administrators and security is on the floor it isn't stopping it"

He said when fights go into the stands, he teaches officials to step back and start taking names. Probst has firsthand experience of being in the middle of flying fists.

“I got hit when I was trying to get kids apart. They are bigger, faster, stronger and you look at the officials and they are getting older.”

The video could help out a couple of players who did the right thing. The longtime official saw two Riverview Gardens players stay on the bench. He said those players will be identified and spared from punishment.

He said the pregame speech about sportsmanship is nice but preventing fights starts before the season.

“The schools have to have a meeting,” Probst said.

“They have to have preseason meetings with their coaches, players and parents and set rules. This is what's acceptable behavior.”

Probst teaches younger referees that the best way to keep games in check is to blow your whistle.

Heated moments are especially discouraging to a man who has been wearing the stripes for over two decades. He said it’s incidents like this that scare away younger referees. He said the number of referees is down 15 percent in the past ten years. That’s especially bad because older officials are retiring and aren’t being replaced by younger bodies.