Reign Restaurant must close immediately, according to a letter from St. Louis Acting Director of Health Dr. Fredrick L. Echols 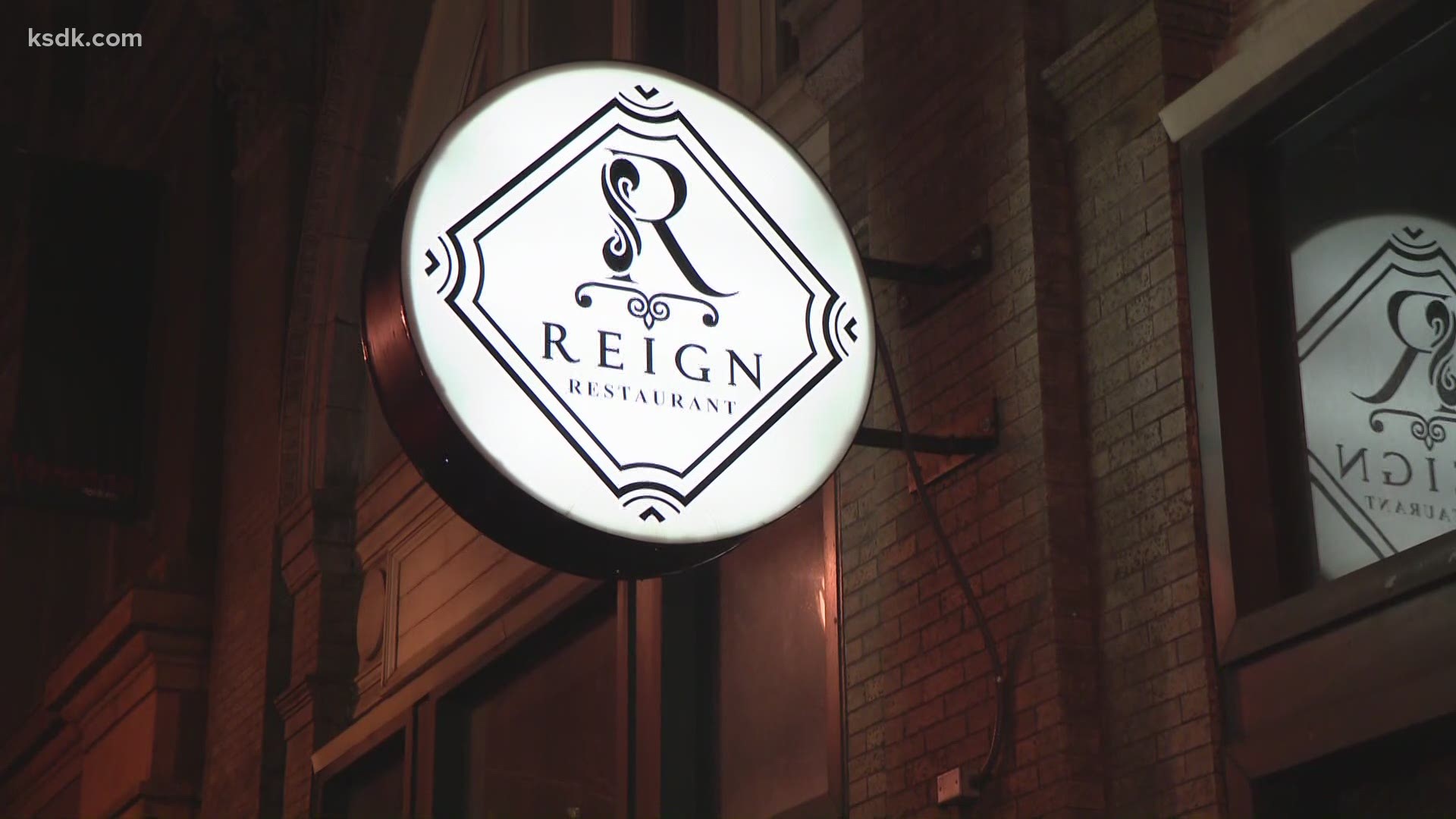 ST. LOUIS — A restaurant in downtown St. Louis has been ordered to close by the city due to COVID-19 violations.

Reign Restaurant must close immediately, according to a letter from St. Louis Acting Director of Health Dr. Fredrick L. Echols.

The letter from Dr. Echols on Dec. 15 stated that the restaurant has been the site of "continued violations" of order No. 8, which requires social distancing and order No. 11, which requires the wearing of face coverings.

"I order that your premise located at 1122 Washington Ave. shall be closed effective immediately and shall not be reopened before Dec. 15, 2021, unless and until I order otherwise," the letter from the City of St. Louis Department of Health to owner Dana Kelly stated.

"Due to evidence from the weekend of Dec. 12, immediate closure is imperative to protect public health," Dr. Echols added in the letter.

5 On Your Side is working to clarify what specific evidence Echols states in the letter.

5 On Your Side's Robert Townsend spoke with Kelly after the restaurant received a notice on the door on Tuesday.

Kelly insisted the restaurant has not violated any COVID-19 orders. The restaurant has about 70 employees. She also said she had not seen the exact letter from Echols, which is shown above.

Kelly said on Monday her lawyer and the health department will hold a meeting to discuss the closure.

Reign Restaurant attorney John Lerman said in late August and mid-October the restaurant temporarily closed for after receiving letters from the health department regarding COVID-19 violations. Lerman said the allegations were "unsubstantiated."

City alderman Jack Coatar told 5 On Your Side he is glad that the restaurant is shut down. He said the business has attracted problems since it opened in August. Coatar also said he’d like to see “more police enforcement" downtown.

On Dec. 12, four people were injured in a shooting outside of the restaurant.

One of the victims, a 23-year-old man was found in the lobby area of Reign with gunshot wounds, according to the police report. He was immediately taken into surgery and was listed in critical condition.

A 29-year-old man, 36-year-old man and a 22-year-old woman were all taken to a local hospital via private conveyance, police said. The 29-year-old man was shot in the chest and was immediately taken into surgery, he was listed in critical condition.

According to the police report, early investigation suggested an argument began in front of Reign and multiple people got their weapons and started firing at each other.

On Sunday, 5 On Your Side reached out to Kelly following the shooting. Kelly is also running for St. Louis mayor in 2021.

She said the restaurant was closed and had all patrons out of the venue by approximately 10 p.m. She said some of her staff were inside doing routine COVID-19 cleaning while security staff members were outside at the front of the restaurant sweeping the sidewalk and escorting personnel to their cars.

Kelly said the individuals involved in the shooting were not customers of Reign.

"Nonetheless, they had ample space and opportunity to commit an act of violence with the current street closings and virtually zero police presence. This was a random act of violence and it's unfortunate that this has become all too common in our city," Kelly added.

The letter from Echols said Reign Restaurant will only be permitted to open sooner when all of the following conditions are met: 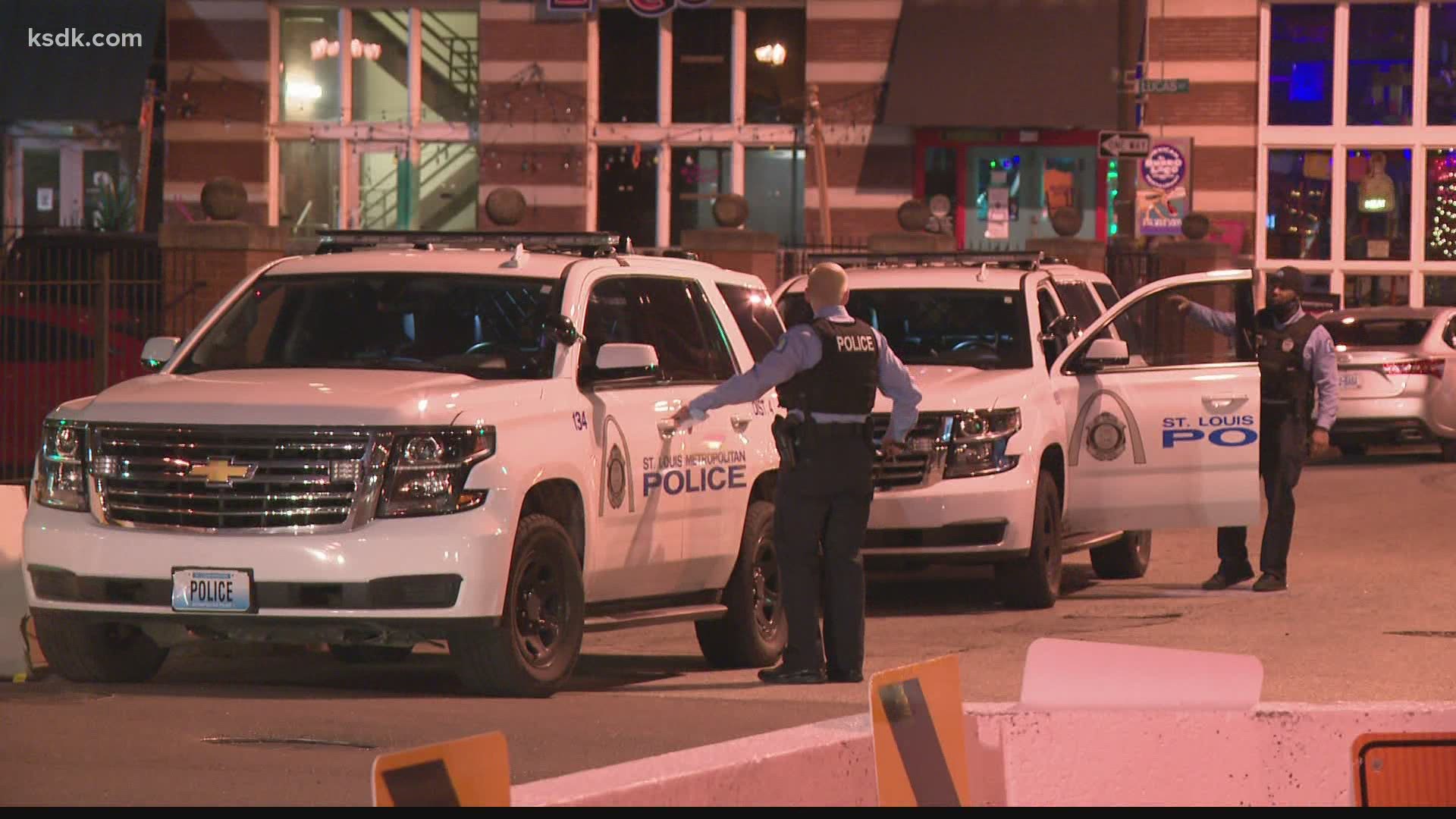 RELATED: St. Louis mayor says COVID-19 restrictions will stay in place 'for a while'

RELATED: 4 injured in shooting outside of downtown St. Louis restaurant