After years of living in a cage, his hind legs were badly hurt. 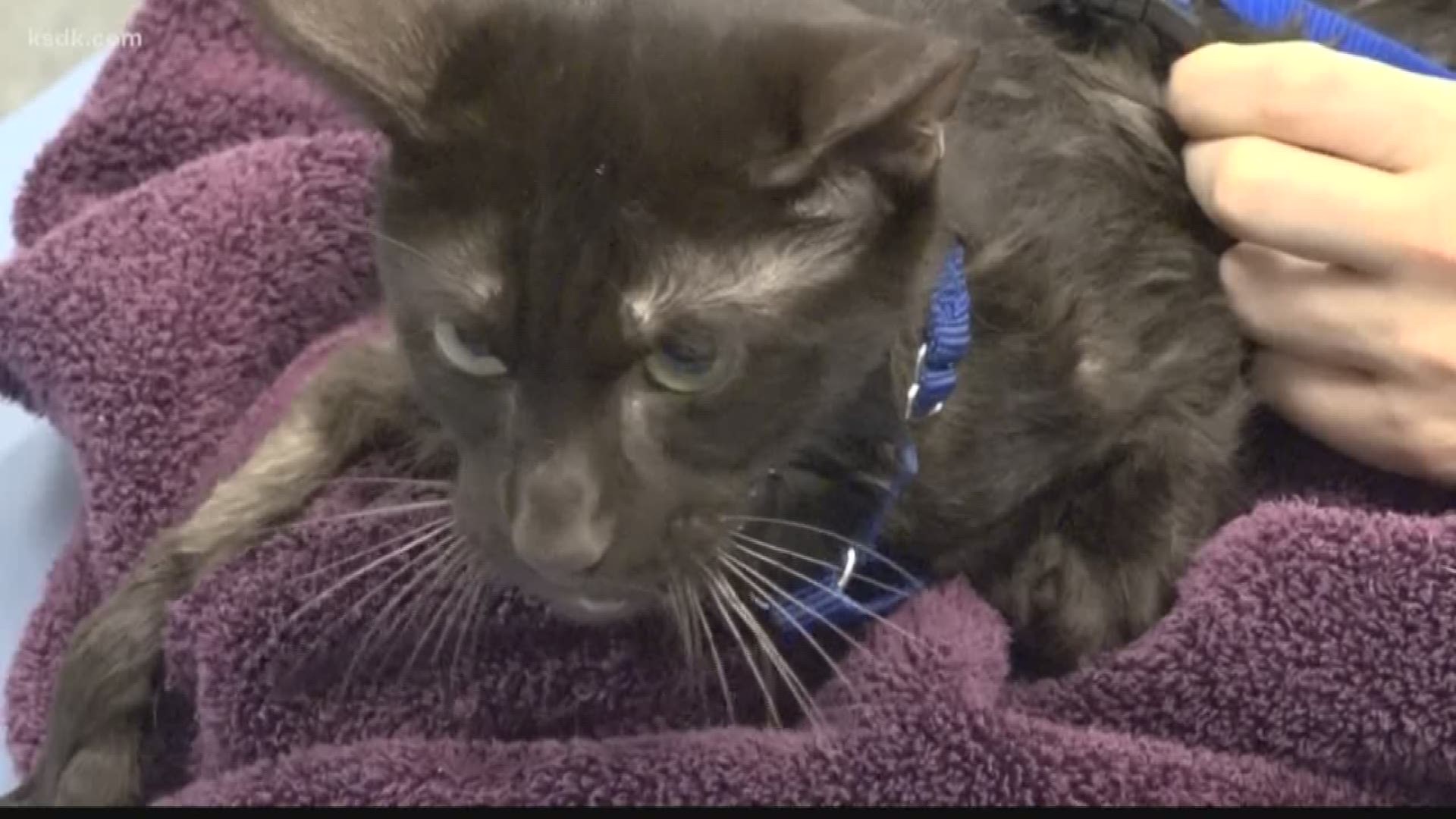 MARYLAND HEIGHTS, Mo — Monday, October 29 is National Cat Day and one feline in St. Louis has a lot to celebrate.

Acorn is a 5-year-old Havana Brown. He’s currently in a foster home. Employees at the Humane Society of Missouri are calling him the miracle cat.

Acorn, along with 89 other cats, was rescued from a horrific hoarding situation back in July. Most of the cats were living in filthy cages, according to Dana Widmer, the Feline Manager at Five Acres Animal Shelter.

After being rescued by Five Acres Animal Shelter, Acorn was then taken to the Humane Society. Widmer described Acorn as malnourished, dirty and traumatized.

Acorn’s journey was far from over. After years of living in a cage, his hind legs were badly hurt.

In July, Humane Society of Missouri’s Animal Medical Center of Mid-America performed surgery on both of his knees. Three months later, he’s doing much better all thanks to an underwater treadmill.

“The nice thing about the water is that it takes a lot of the weight off the joint. It also adds resistance,” said Dr. Arndt.

Acorn is the first cat to be put in the machine. Typically, it's used on dogs. He’s also undergoing laser therapy to fix damaged tissue. However, he’s not letting that bring him down, he’s getting better one step at a time.

“This is a completely different cat. This is amazing. I can’t believe it,” said Widmer.

Acorn is available for adoption right now at the Five Acres Animal Shelter. He gets along with other cats, dogs and kids. He will have to continue therapy for the rest of his life.