The city of East St. Louis has identified at least 150 vacant buildings it wants to tear down. 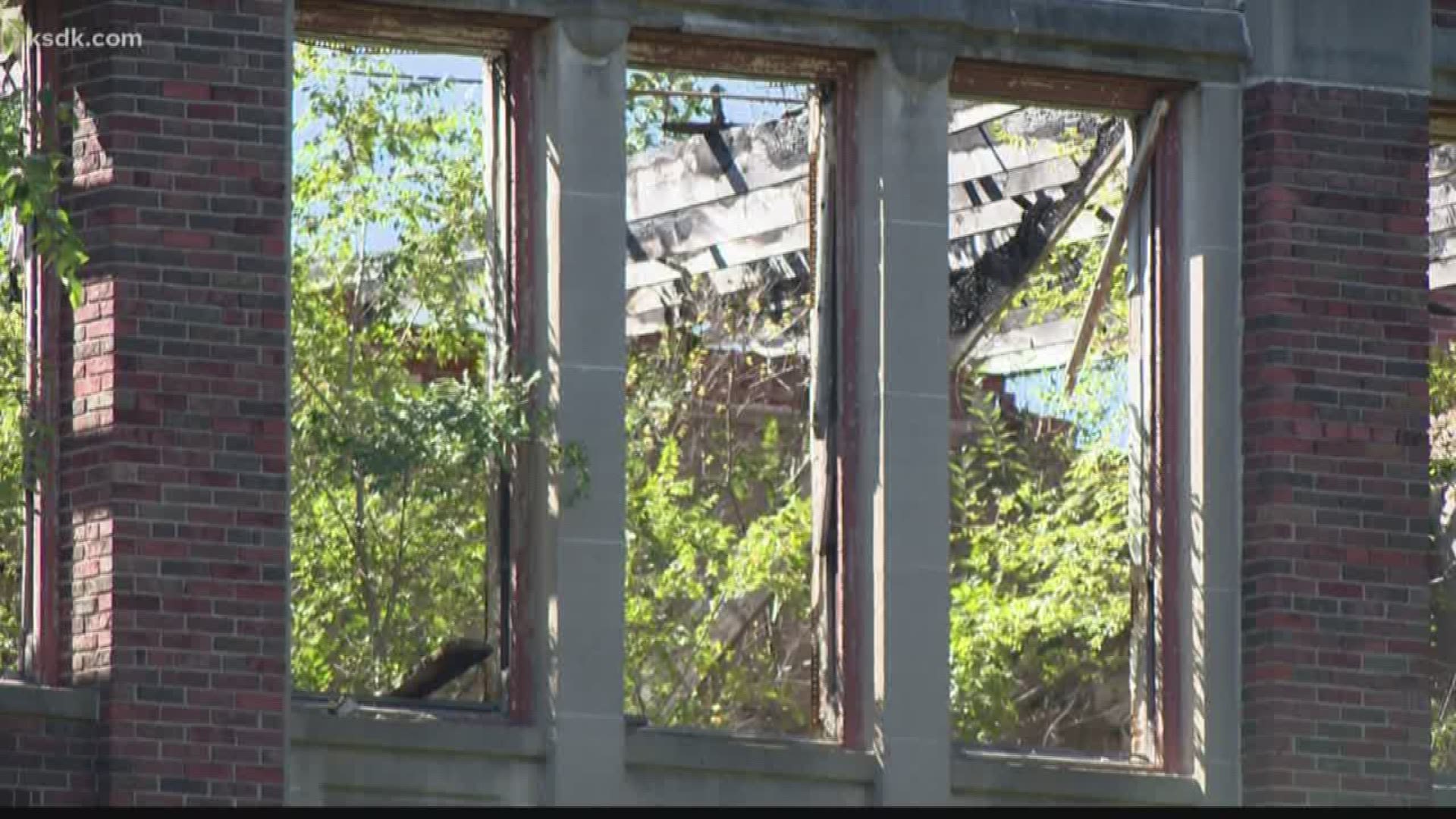 EAST ST. LOUIS, Ill. — East St. Louis is known for having many crumbling buildings. But soon, the city can mark one of the biggest off the list.

The old Clark Junior High on State Street is set to be demolished in the next month. It's a major win in a city that's slowly trying to make a comeback.

The landmark building had been an eyesore since it caught fire in 2009. Parts of the roof are missing and other areas of the building have collapsed into a pile of bricks.

“It was a good school,” said Marion. “Some of my favorite memories there were welding and woodworking, stuff like that.”

Those days are long gone.

Marion was born and raised in East St. Louis and says the state of the city breaks his heart.

“At one time, this was the place to be. But, everybody's just leaving,” he said.

A decades-long drop in population left many homes and businesses vacant, only to be boarded up or left to rot. The city of East St. Louis has identified at least 150 vacant buildings it wants to demolish.

“Sometimes I feel like I’ll never see it come back in my lifetime,” said Marion.

While buildings like Clark Jr. High will never come back, Mayor Emeka Jackson-Hicks is trying to bring hope back to the city by getting rid of ugly and downright dangerous buildings.

“What breaks my heart more than the city being in the condition that it is in now is the story that's told about our city,” said the mayor.

She says rewriting that story means letting go of places like her old school building.

“We want a safe community and we want a clean community. And it’s also important to help get our city ready for development,” she said. “Of course, there are mixed emotions when you can't salvage a building like that that holds so many memories for people in the community. But, we just have to do what we've got to do.”

Ron Marion says it's a good step toward reviving the city he loves.

“Say someone wants to set up a business or whatever. If it's clean, the ground is level, the grass is growing then he can say, ‘ok that's a good start.’”