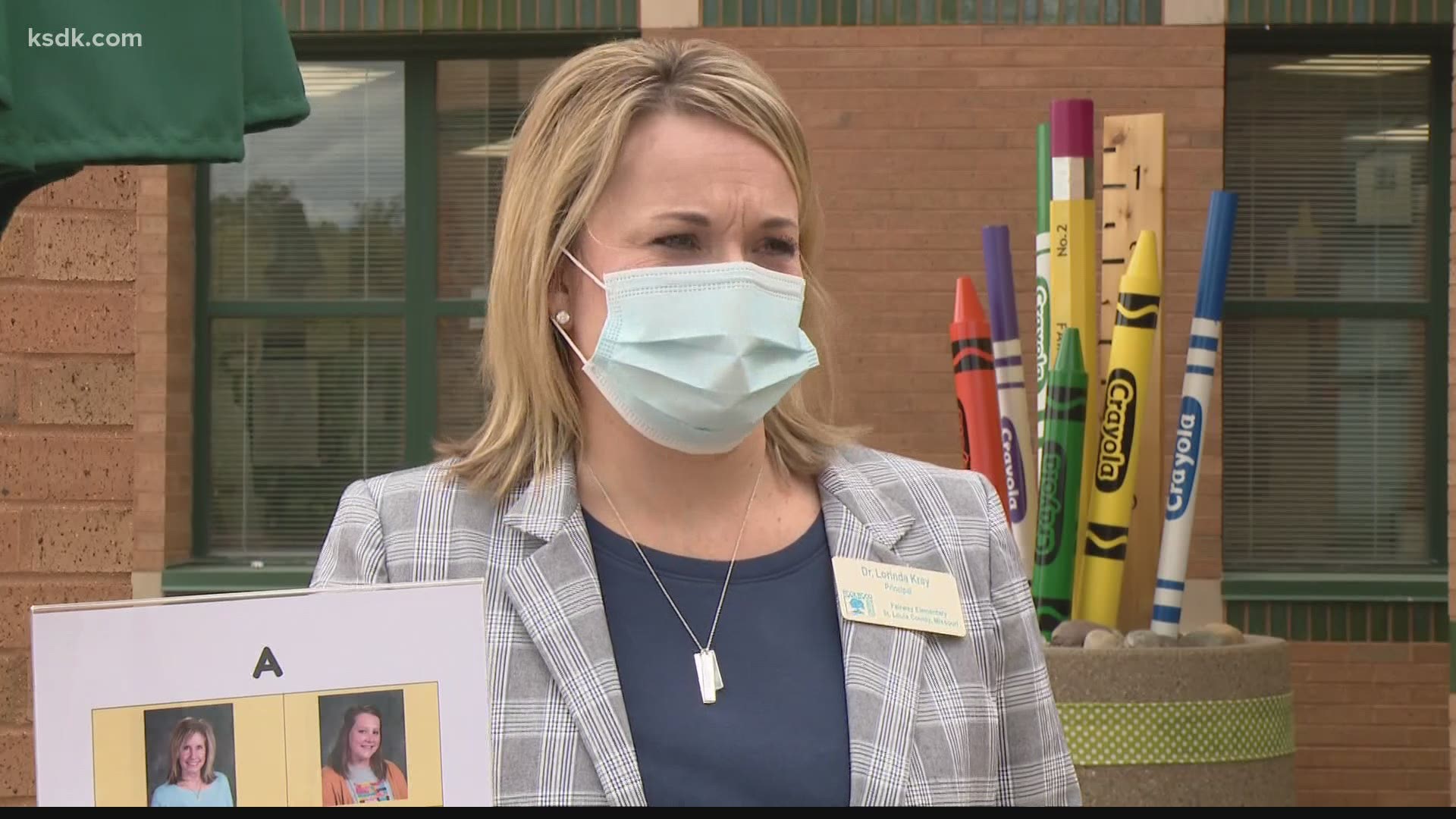 EUREKA, Mo. — It's been one of the biggest tests to overcome: Families deciding what the right choice is when it comes to in person learning, once again.

Rockwood, the biggest school district in the county, will see some students inside the classroom on Wednesday.

Brianne Minter has a daughter in the district and has been going back and forth on what to do, since Minter's dad is at risk. She says this could cause a domino effect if they're exposed.

"On one hand, I want to send her back full time, on the other hand I don’t know if it’s the right choice. I can justify it in every which way. I constantly feel like any decision will be the wrong decision like what’s right?" Minter says.

K-2 are the first to make their way back.

Minter's daughter, who's in third grader, will be in the next round of students going back, if things go well with the younger students.

Her three children have been trying to learn virtually under one roof.

"It’s been a challenge for all three of them," Schillinger says.

So she's decided to send them back, even though she has concerns. "I'm still concerned at the fact that there’s adults in the building," she adds.

Kevin Kerber's youngest one is also going back to school Wednesday.

He says, he trusts Rockwood to take care of his kids.

"Every family has to do what’s best for them. We’re nervous, but it seems like it’s the right time to take that next step," Kerber said.

The first day back to school jitters are in full swing for parents, but Schillinger says her kids are making her feel like she made the right choice for them.

"That’s the one thing also helping me with all the nervousness and anxiousness of going back is seeing their excitement, seeing the teacher’s excitement, so being glad to get that 'normal' opportunity for this weird time," she added.

Some of that includes nightly disinfecting and installing HVAC units using antimicrobial filters.