Police describe the individuals running wild in the Sullivan streets, barking and yelling, breaking into businesses and even stripping naked. 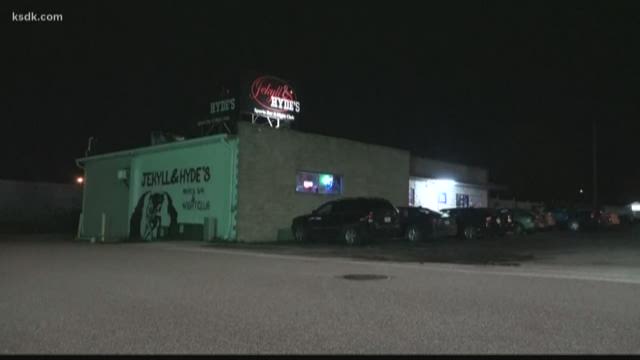 SULLIVAN, Mo. - It was a destructive weekend in Sullivan, Missouri after multiple people were affected by what police believe were synthetic drugs.

Police know of four people who appeared to overdose on the drugs this past weekend. They describe the individuals running wild in the streets, barking and yelling, breaking into businesses and even stripping naked. Police have been unable to test the substances used by these individuals, said Lt. Patrick Johnson.

However, based on the individuals behavior, police believe they were affected by methamphetamine laced with the synthetic drug flakka. Flakka is known to send users into fits, as well as raising body temperatures to dangerous levels.

Police say a suspect broke into a local bar and became aggressive with an officer at a fast-food restaurant.
Lt. Johnson said two people were arrested, and a few of those individuals were taken to a hospital for treatment. No members of the public or officers were seriously injured, Lt. Johnson said.

“My dad came in Saturday morning ready to open the place [up] and noticed that the doors by the machine area were opened up and came in and noticed one of our cash registers was knocked over on the floor,” explained Alec Ockrassa, the General Manager of Sullivan Bowl. The suspects took more than a thousand dollars from the business, Ockrassa said.

He said the incidents over the weekend had community members buzzing, stunned by what happened.

“Shocked, really caught off guard,” he said. “Some are scared, some are just surprised something like this is happening here. For the most part it’s a really quiet town.”