The congressman said "a lot of us have done the exact same thing," referring to fellow service members in Iraq and Afghanistan. 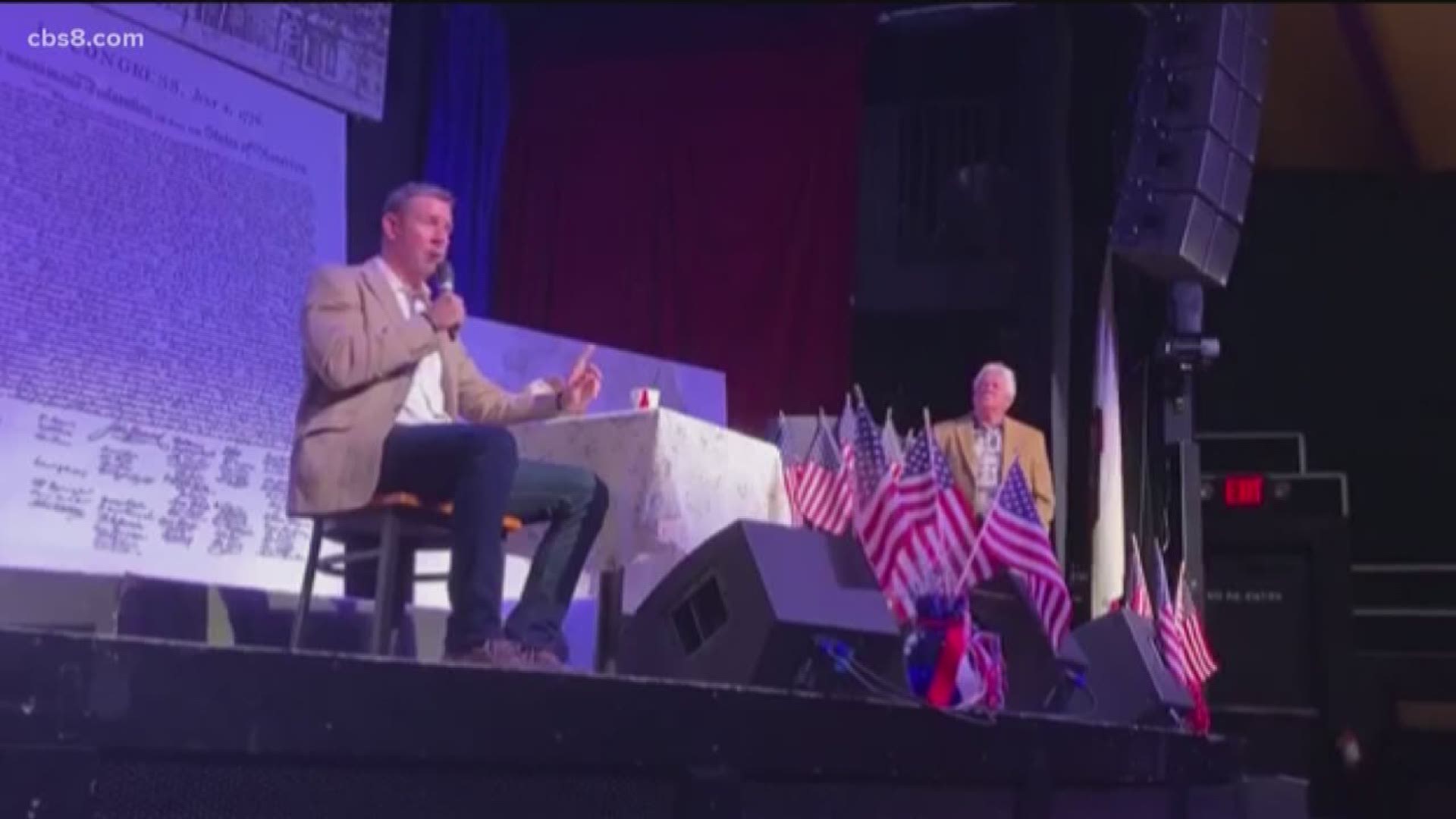 SAN DIEGO — U.S. Rep. Duncan Hunter of California acknowledged taking a photo with a dead combatant during his time as a Marine as he defended a Navy SEAL charged with multiple war crimes, including killing a teenage fighter.

The Republican congressman, who was re-elected last November as he faces corruption charges, made the comments during a town hall Saturday in his San Diego-area district.

A video of Hunter's speech was posted on Twitter by his former and current opponent, Ammar Campa Najjar.

Hunter has advocated for a pardon for Edward Gallagher, who's charged with stabbing to death a teenage Islamic State fighter under his care in Iraq in 2017 and then holding his reenlistment ceremony with the body.

Prosecutors said the Navy SEAL chief texted a photograph of himself next to the dead fighter and wrote he "got him with my hunting knife." He's also accused of shooting two civilians in Iraq and opening fire on crowds.

Hunter said he also posed for a photo next to a dead combatant but said he did not text it or post it to social media. The congressman said "a lot of us have done the exact same thing," referring to fellow service members in Iraq and Afghanistan.

Gallagher's lawyers have said he did not murder anyone and that disgruntled SEALs made the accusations because they wanted to get rid of a demanding platoon leader.

Dozens of Republican congressmen say Gallagher an innocent war hero being unfairly prosecuted. President Donald Trump got him moved from the brig to better confinement in a military hospital with access to his lawyers and family.

RELATED: Navy SEAL's lawyer responds to reports he will be pardoned by President Trump

Gallagher's court-martial is set to begin this week at Naval Base San Diego. Gallagher has pleaded not guilty to all the charges.

At the town hall, Hunter declined to comment on his own pending court case.

Hunter and his wife, Margaret, were indicted in 2017 on federal charges of illegally converting more than $250,000 in campaign contributions for personal living expenses. Both have pleaded not guilty and have their next court hearing scheduled for July 29. Trial is set for later this year.