Scattered thunderstorms cause flooding on I-70 near Union

The scattered thunderstorms dumped large quantities of rain, with initial downpours bringing as much as an inch of rain in less than an hour 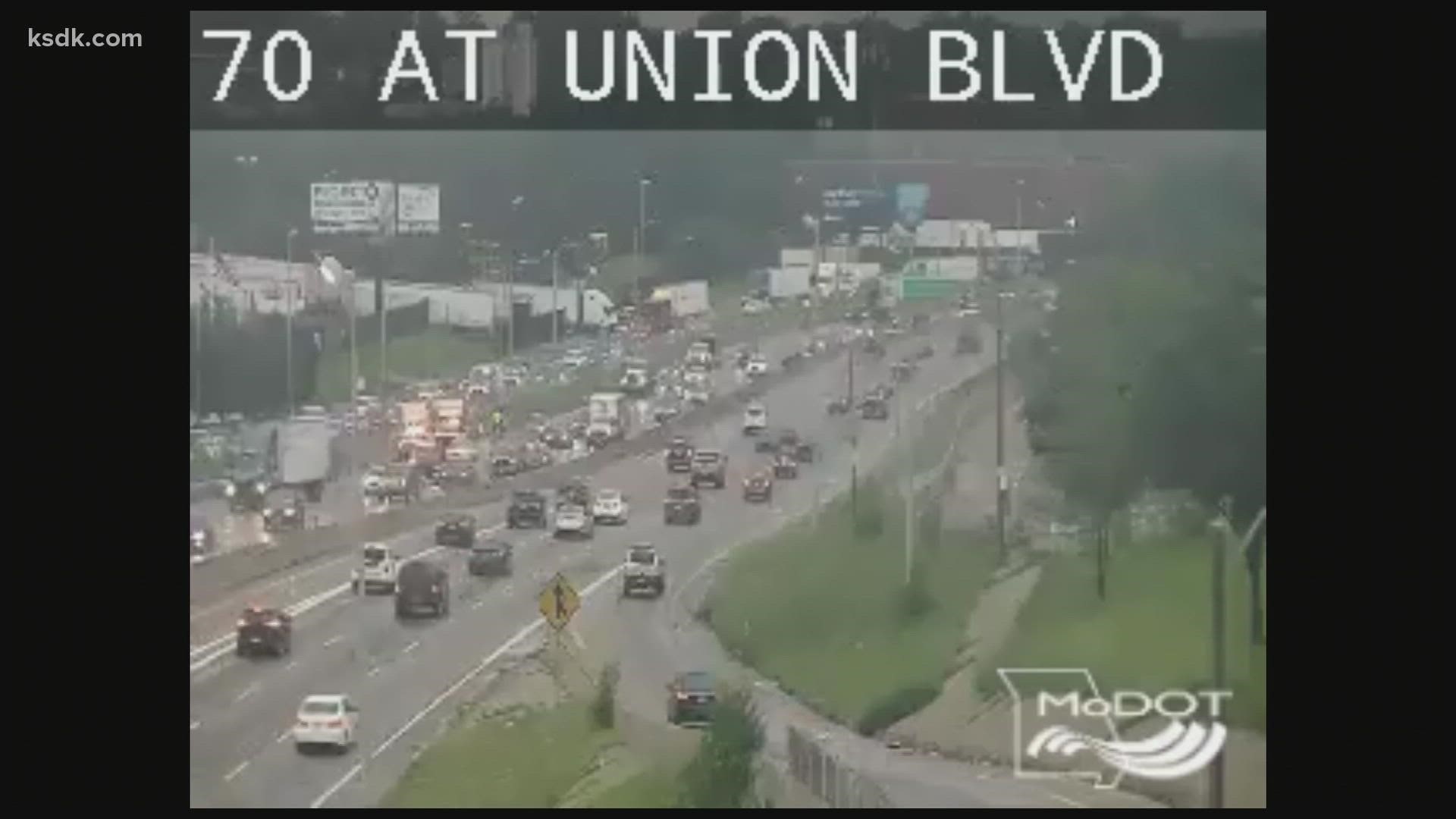 High heat and humidity made the strong thunderstorms possible Monday, and drenching rain along Interstate 70 resulted in flooding on the westbound lanes and a significant traffic backup.

The Missouri Department of Transportation's traveler map reported a closure on the westbound lanes of I-70 near Union for a "police emergency" at 4:10. Video from a MoDOT camera showed flooding on the highway and at least one car stranded in the water.

The flooding subsided about 30 minutes later, and traffic began flowing again at around 4:45.

The scattered thunderstorms dumped large quantities of rain, with initial downpours bringing as much as an inch of rain in less than an hour.

In addition to rainfall, some of the storms had wind gusts up to 50 mph.

High temperatures were near 95 in much of the St. Louis area but dropped into the upper 70s once the storms arrived.

A heat advisory has been issued for much of the area including all of the metro St. Louis region from 1 p.m. Monday through 9 p.m. Thursday.

Other than the brief break in the heat from any storms, the steamy weather pattern is expected to linger for much of the week.

Tuesday into the end of the week, rain chances look lower with nothing to force thunderstorms to develop outside of an isolated storm during the heat of the day. Tuesday and Wednesday will likely be the hottest days of the week with highs in the upper 90s. Heat index values will top out between 105 and 110° in the heart of the urban corridor.

Limit your time outdoors during the hottest time of day. Wear loose, light-colored clothing and try to get into the air conditioning as often as possible. Drink plenty of water. Keep pets inside during heat like this and remember to check on elderly family and friends along with your children.

The first sign of many heat-related illnesses starts with the sweat glands. If you're outside this week and not sweating, that could be your first sign that you may be getting overheated and/or dehydrated.