Scott Highmark was one of the most prolific shooters in St. Louis basketball history. Now his daughter, Brooke, is following in his footsteps 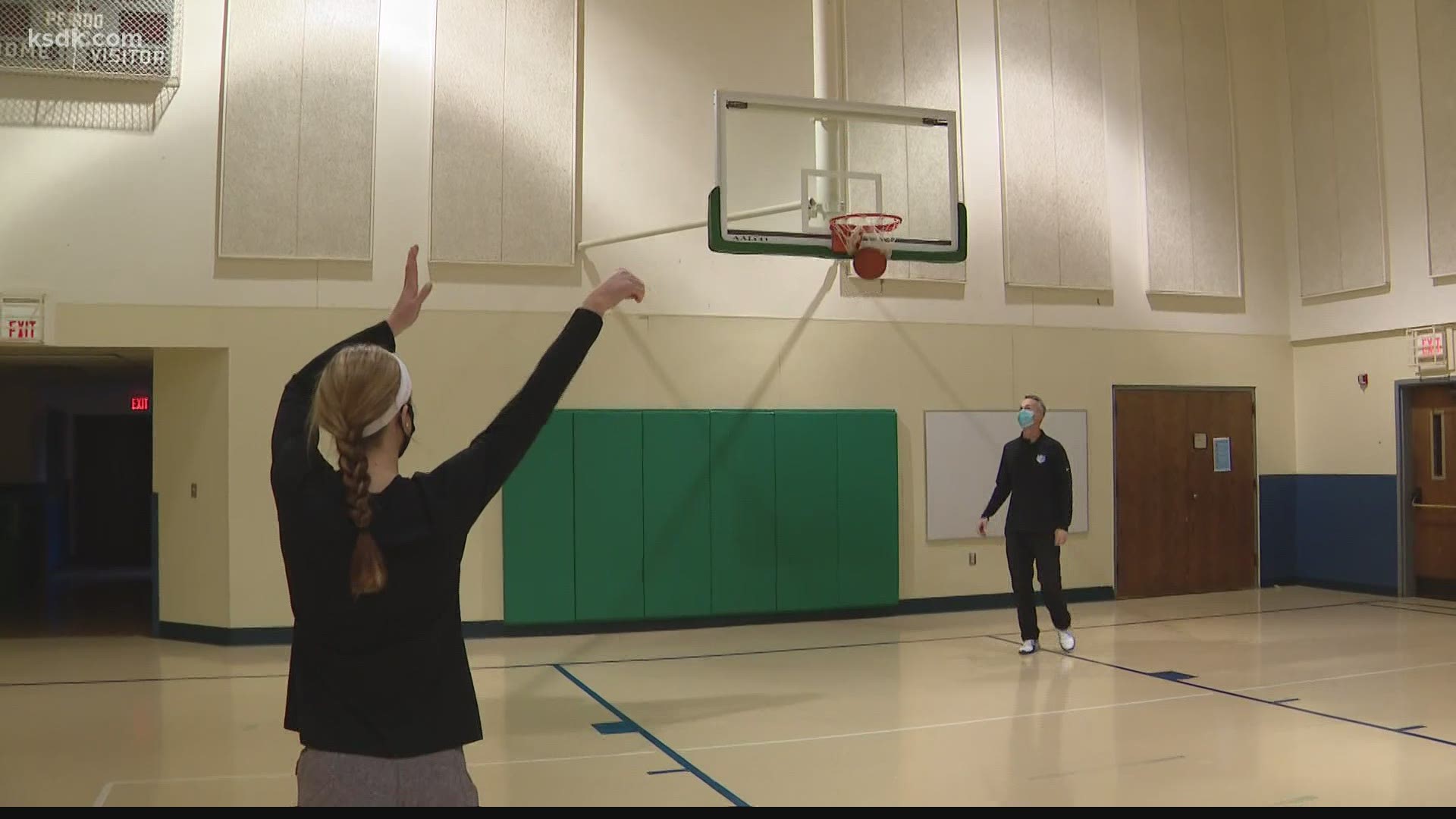 ST. LOUIS — It's not uncommon for fathers and daughters to share the same passion. It is uncommon when dad was one of the best shooters in the history of St. Louis basketball, and the daughter may not be far behind.

But that's exactly what the Highmarks have in common.

Scott was a high school phenom at Parkway West who went on to become one of the most prolific players in the history of SLU basketball. He scored 1,703 points and nailed 230 three-pointers as a Billiken.

His daughter, Brooke, is a junior at Westminster who is on pace for a 1,000-point high school career and set to become her school's all-time leading scorer. Just like dad was at Parkway West. And if that's not enough, the two even have the same scoring averages at the same age.

So, the similarities are evident. But where does the elder Highmark see differences between the two?

"She has a much faster twitch than I had. She can move, she's quick," Scott said. "I was a spot-up shooter coming off screens. I needed help to get my shot. She's more of a creator for her teams and herself."

Dad has quite a bit of knowledge to pass down, but there's always a line between being a father and a coach.

"I definitely have had a unique experience with my dad being my father but also being my coach," Brooke said.

"I realized a couple years ago after coaching her for a while that I really wanted to be her dad more than her coach, and I kind of had to decide," Scott said. "Fortunately I found some really great coaches to put around her to speak to her on the basketball side, and I could speak to her around life and other things. I won't say there's not times we drive two cars to a game."

But still, the Highmarks are most at home in an empty gym, working on what they do best; shooting a basketball.

"There's something about going in a gym and rebounding for her that's just very very peaceful," Scott said. "There were years where I was the one asking her if she wanted to go shoot, and really the last couple years she's the one dragging me to the gym asking me to rebound."