'Seeing people who need help, I can't look away from that' | WashU 2-sport athlete is on a mission to impact lives

Even typical college athletes have a lot to juggle. Andrew Whitaker is far from typical, and he's being recognized for his enormous impact in the community 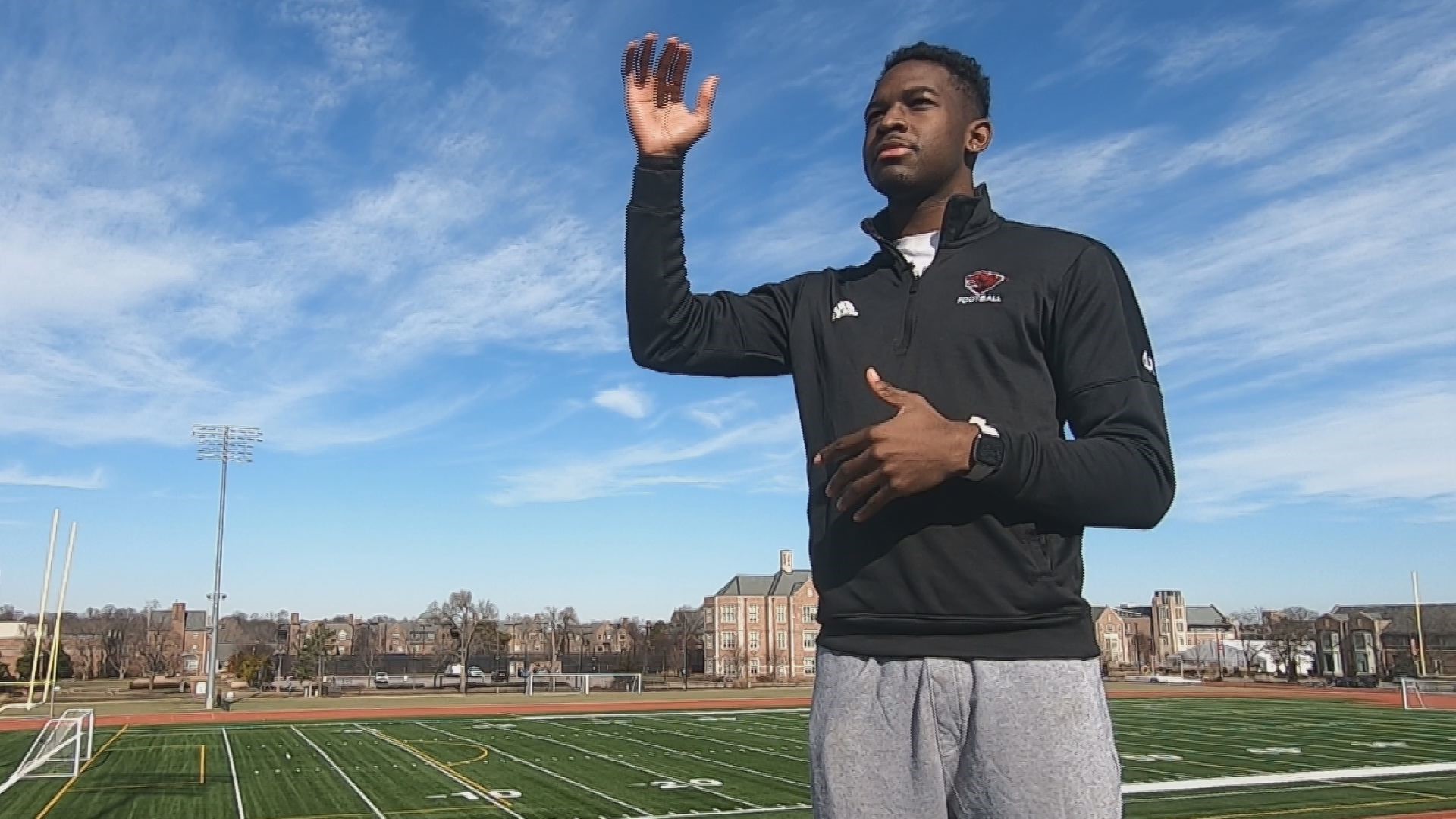 ST. LOUIS — For most student-athletes, college can be a balancing act. Between sports, school and social lives, there's a lot to juggle.

But for Washington University senior athlete Andrew Whitaker, there's something that comes first and foremost: helping others.

Whitaker is a two-sport athlete and biomedical engineering major from Cincinnati who serves as a team captain on both the football and track teams.

On the gridiron, he's a lock-down corner and dynamite special teams kick-blocker. On the Francis Olympic Field track he excels in the hurdles and 4x400.

Seems like a lot for a college kid to deal with, right? Two sports, a challenging major and somewhere in there trying to have a social life?

Well for Whitaker, he's found out how to make the time for all that, and an astounding list of off-the-field work in the community.

Whitaker has taken medical missions to Honduras, spearheaded an effort to provide more than 400 schools in the area with Asthma and Allergy supplies during the COVID-19 pandemic, has dedicated time to connecting to kids with autism and that's just a few of the ways he's impacted his adopted home of St. Louis.

Whitaker has also take it upon himself as a captain to share his own experiences as a young Black man, and start conversations about racial injustice in the current social climate within his teams.

“I think sharing experiences like that really opened up a lot of eyes for my teammates and I think we got closer because of it," Whitaker said.

And for Whitaker, all of this off-the-field involvement isn't some form of resume building. He puts his soul into everything he does.

“The things that he’s involved with, he truly cares about. And he’s going to invest himself in completely," WashU head football coach Aaron Keen said. "Whether that’s the academic side of things, the athletic side of things or the community service side where he’s made a significant impact.”

Whitaker was recently just one of 22 college football players in the country named to the prestigious Allstate American Football Coaches Association Good Works Team for 2020.

But he doesn't do what he does in the community for recognition.

“That was really cool and something special to share with my teammates and I think that was the most important part to me," Whitaker said. "Just to set an example for my teammates of what a good leader does and what a good teammate is so I can set a legacy and they can follow in my footsteps.”

“He’s very much the type of person who does the work because it’s good and you want to do it, and you believe in change," Whitaker's professor and mentor at WashU Theresa Kouo said. "You don’t do it for the recognition.”

Whitaker has big plans for his future and his major in the field of medicine, but wants to make sure he brings as many of his teammates and peers he can along with him on his journey to make the world a better place.

“Just seeing people who need help, I can’t look away from that. Or seeing other Black community members who need a voice, I can’t look away from that. Or even seeing my teammates who are going to be CEOs, lawyers, doctors, all these great roles, I want to make sure we’re growing well rounded," Whitaker said. "Of course WashU is going to give you a fantastic education and attach you to fantastic opportunities to find a job, but you really want to make sure everyone is well-rounded so that when they get to those CEO positions they can help out the little guy.” 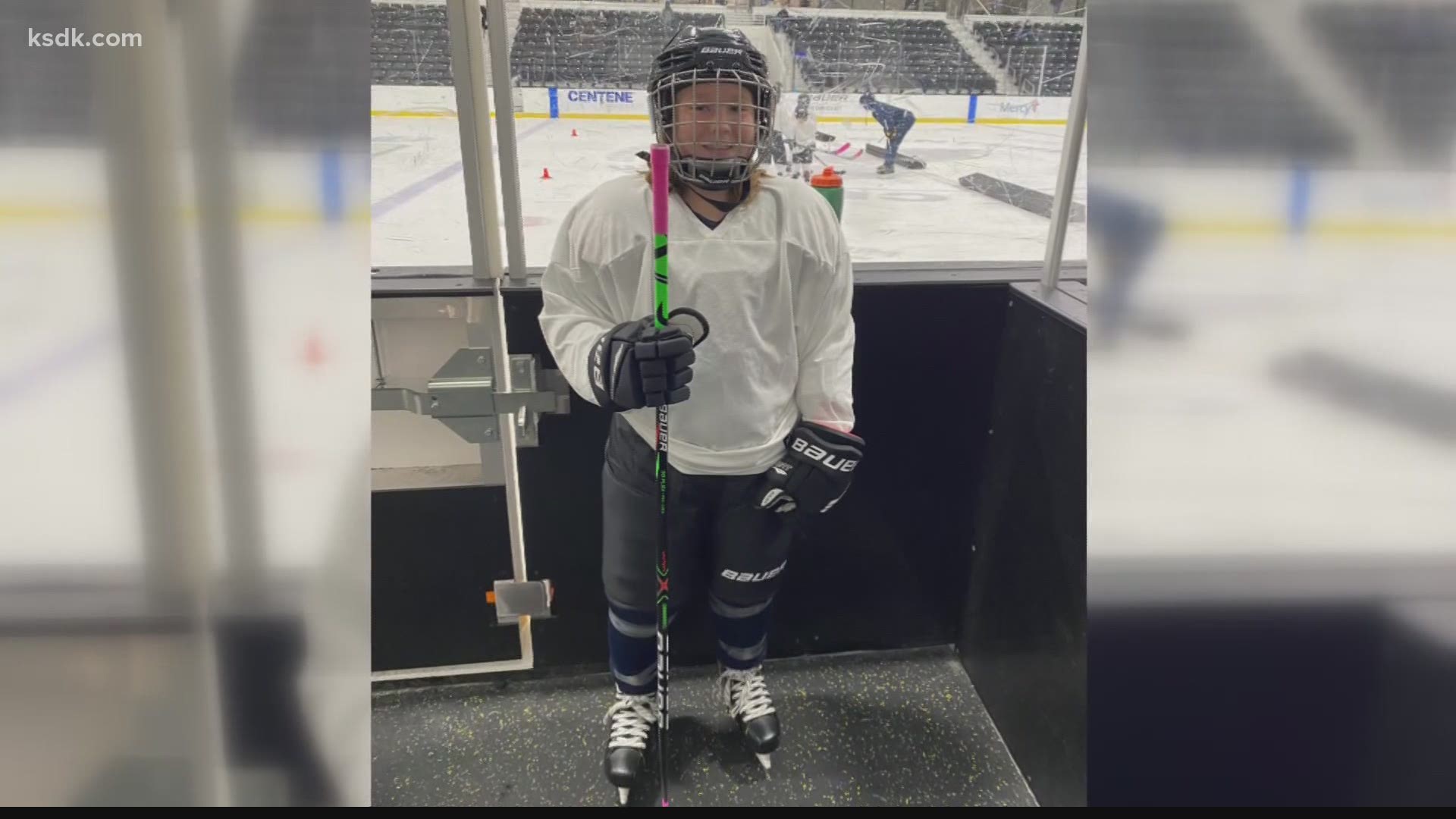