Castillo (14-5) lasted six innings, giving up three runs and five hits with three walks. He struck out eight as the Reds' pitchers had 11 in the game.

With the 4-3 win in the first game and the Chicago Cubs' 4-0 loss to Milwaukee, the Cardinals gained a half game in the NL Central to increase their division lead to three games. St. Louis has only lost two of its past 11 games and is 12-3 in its past 15.

Castillo (14-5) lasted six innings, giving up three runs and five hits with three walks. He struck out eight as the Reds' pitchers had 11 in the game.

Daniel Ponce de Leon (1-2) allowed four runs — three earned — and five hits with a walk, and a hit batter in four-plus innings. Called up earlier in the day when rosters expanded, he entered the fifth with a 3-2 lead but gave up Senzel's 12th homer to left-center to start the inning. Joey Votto, who doubled off the Cardinals' starter, also scored in the inning as the Reds took a 4-3 lead.

Ervin's fifth homer of the season in the sixth capped the scoring. He finished a triple shy of the cycle. 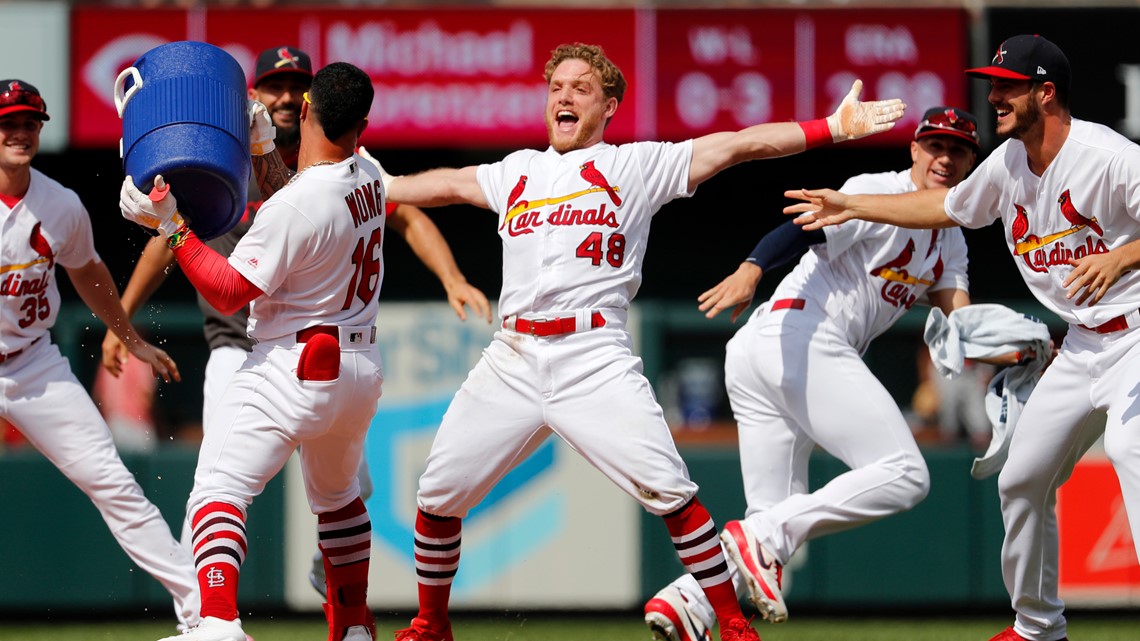 Bader's walkoff hit keeps Cardinals rolling with 4-3 win
ST. LOUIS - Harrison Bader hit a game-ending single to lift the St. Louis Cardinals to a 4-3 win over the Cincinnati Reds on Sunday in the first game of a day-night double-header. St. Louis, which has won nine of 10, pushed its lead over the Chicago Cubs to three games in the NL Central.

The Cardinals Andrew Knizer hit his second homer of the season, a two-run shot that was part of a three-run third for St. Louis. Kolten Wong had three hits, including a triple, and an RBI.

In the first game, Harrison Bader continued his hit parade with a game-ending single to lift the Cardinals to the win.

Bader, facing five infielders with no one out, lofted a fly ball off Michael Lorenzen (0-4) to deep right field to bring in pinch-runner Tyler O'Neill.

"In that situation, I was aware of the infielders, but I wasn't paying attention to them," Bader said. "Because I'm just trying to get the ball in the air."

Eugenio Suarez homered for the Reds, who have dropped four in a row. Suarez then left the second game after being hit by a pitch in the fifth inning.

Jose Martinez began the Cardinals' winning rally with a walk. Yadier Molina followed with a ground rule double to set the stage for Bader's hit.

St. Louis scored single runs in the seventh, eighth and ninth for its second consecutive last at-bat win following a 3-2 triumph on Saturday.

Carlos Martinez (4-2) picked up the victory by striking out the side in the ninth on 13 pitches.

Cincinnati starter Tyler Mahle, who was added to the roster from Triple-A Louisville earlier in the day, gave up two runs, one earned, on two hits over 6 1/3 innings. He struck out five and did not walk a batter.

Suarez broke a 1-1 tie with a two-run shot in the third, his 40th homer of the season. He has a major-league leading 20 homers since the All-Star break.

"It made me feel so happy, so proud of myself," Suarez said. 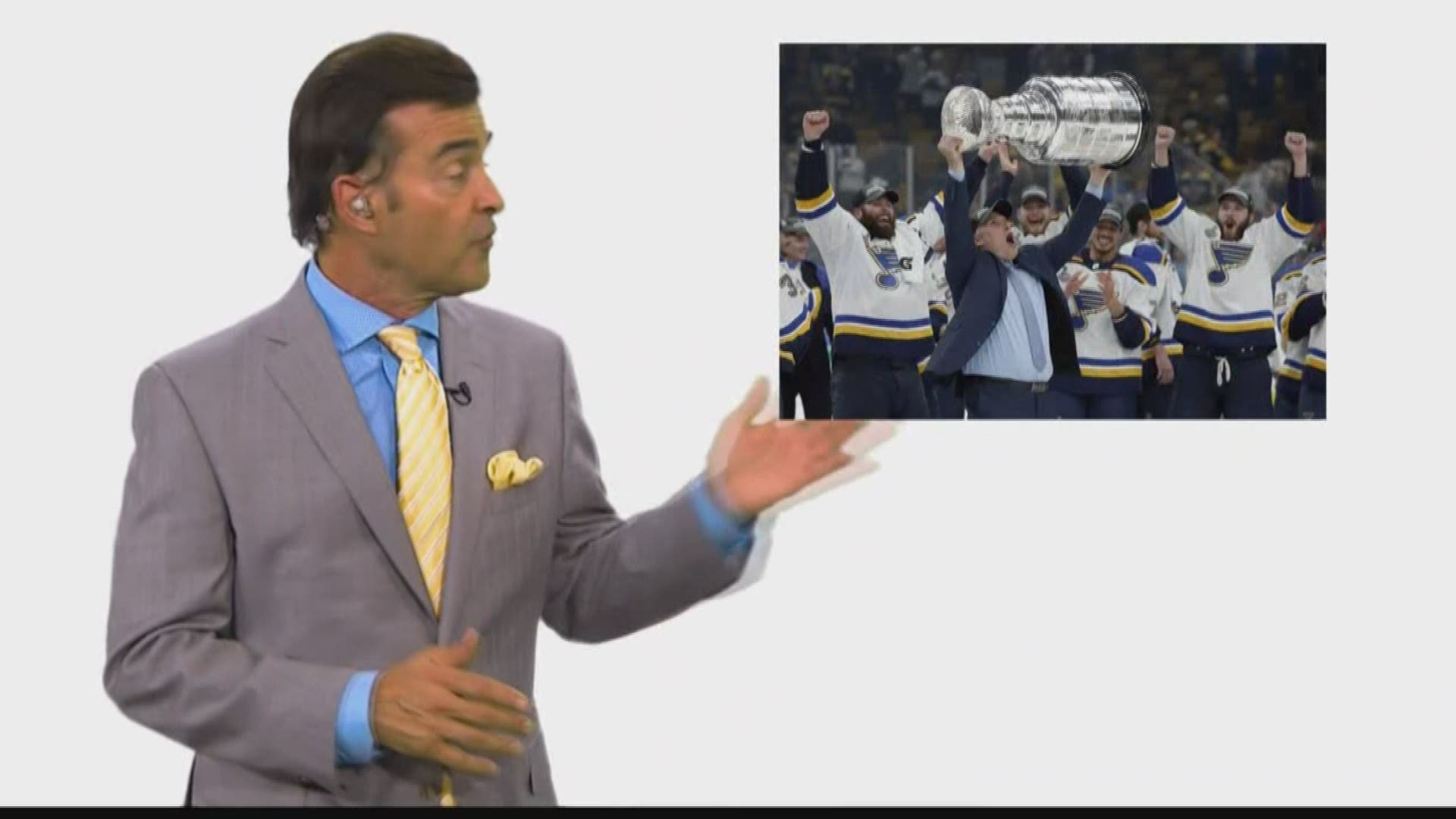 Cincinnati Reds hitting coach Turner Ward was ejected in the top of the seventh in the second game.

With second baseman Freddy Galvis at the plate with one out, home plate umpire Bill Miller took of his mask and pointed in the Reds' dugout before tossing Ward. No reason was immediately given for the ejection, though both teams had grumbled about the strike zone all night.

Reds: Suarez spent only a few moments with the Reds trainers on the field before going back into the dugout, throwing his helmet to the ground in frustration.

Cardinals: C Matt Wieters suffered a calf injury on Saturday. He is listed as day-to-day. C Joe Hudson was added to the roster from Triple-A Memphis. ... OF Jose Martinez was activated from the 10-day IL and went 1 for 2 with a walk and hit by pitch in the second game.

Reds: RHP Anthony DeSclafani (9-7, 4.05) will face Philadelphia LHP Drew Smyly (2-6, 6.95) on Monday in the first of a four-game series in Cincinnati. DeSclafani has given up two earned in his last 18 innings over three starts.

RELATED: Earnhardt grateful to be racing at Darlington and to be alive