Woman at center of $60,000 settlement against the county tells 5 On Your Side exclusive details of what happened 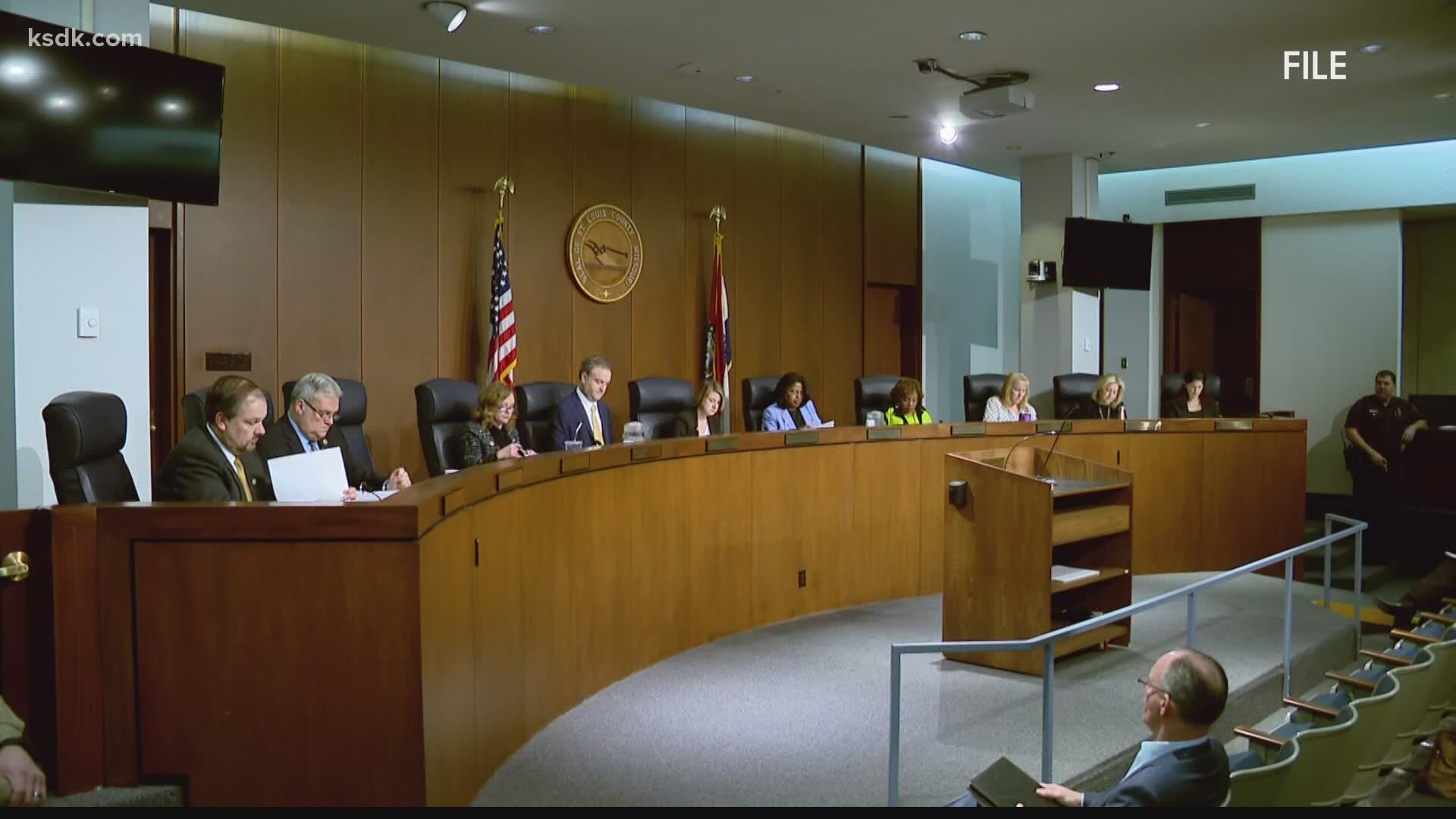 ST. LOUIS COUNTY, Mo. — A woman who accused a St. Louis County Councilman of sexually harassing her tells 5 On Your Side that County Executive Sam Page discouraged her from filing a complaint.

The woman, Annette Read, said she had been working as councilman Ernie Trakas’ legislative assistant for about nine months when she filed the complaint against him with the county’s Human Resources department. Ultimately, the matter ended with a $60,000 settlement in Read’s favor that Page approved.

In a statement, Read wrote: “There were never any issues with my job performance and, of course, there is no record as such. Mr. Trakas forced me to quit a job I loved only after I confronted him about his unprofessional behavior. I hope my case will encourage others to stand up against any retaliation by a former employer.”

Read tells 5 On Your Side she spoke to Page with her concerns on July 20, 2019, and that he “discouraged” her from taking legal action against Trakas.

“At first, Sam thought I was calling about Ernie Trakas’s uncontrollable temper but that was common knowledge throughout the building,” she said. “When I told Sam about the sexual harassment and that I had confronted Ernie Trakas about it, that now Ernie Trakas was trying to force me to quit and that I might feel no choice but to take legal action, he discouraged me from doing so.” 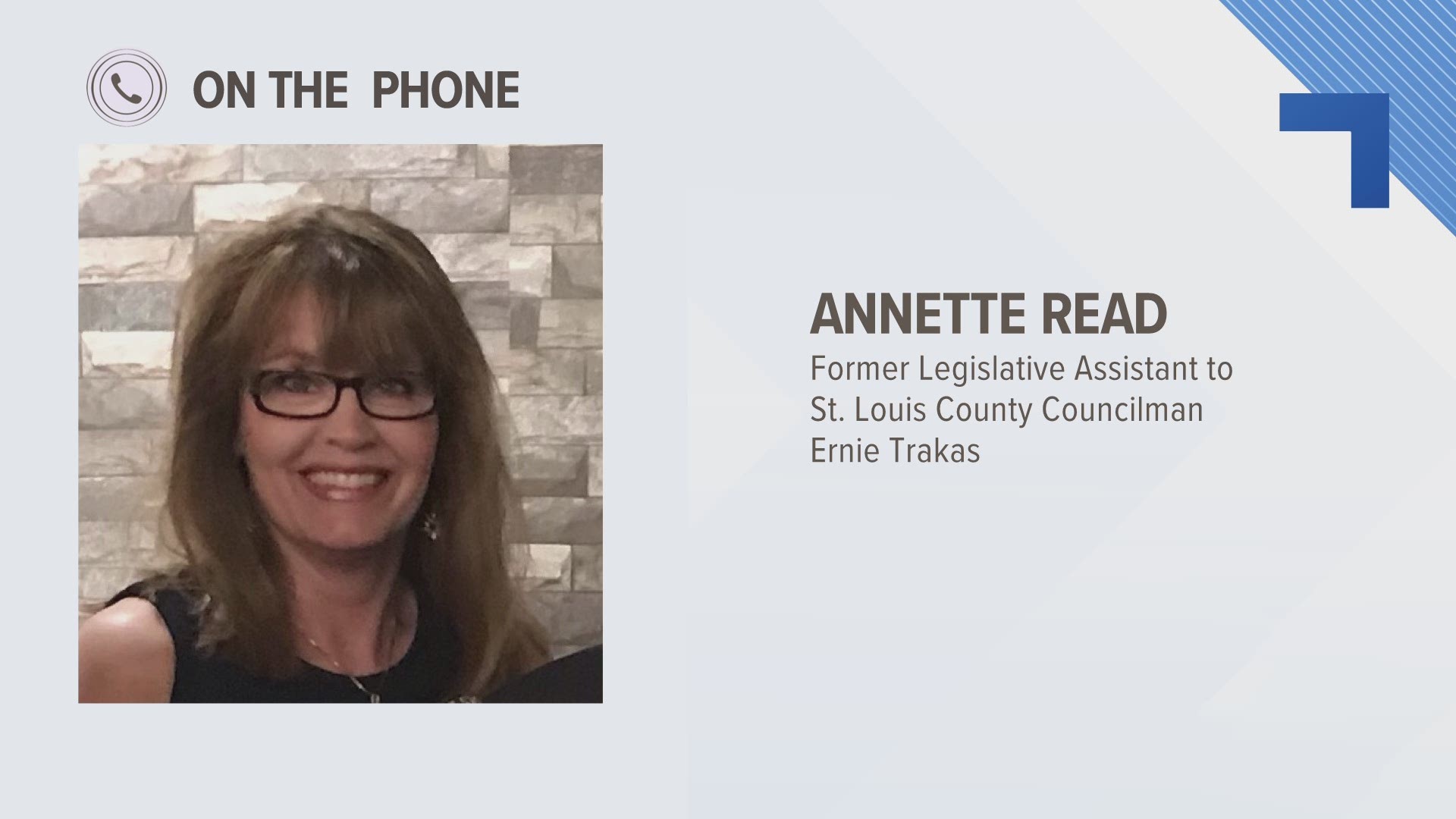 When asked if Page discouraged Read from filing the complaint, his spokesman Doug Moore wrote: “No. The County Executive told the County Counselor to look into her complaints. The investigation’s results are consistent with what she told him – that Councilman Trakas is a difficult person to work for.”

Read said Page told her he would help her find her own workspace or a different job, saying, “No, you don’t want to do that. That’s a long and arduous process.”

Two days later, she said Trakas demanded that she quit her job, so she texted Page one more time, but he did not respond to that update.

“I contacted an attorney a week later after nothing was done,” she said.

She filed a Human Resources complaint nearly a month later, on August 18, 2019 -- the contents of which have not been made public.

Read has declined to share the details of the alleged harassment with 5 On Your Side, but said the firm that County Counselor Beth Orwick chose to investigate her claims did not interview her.

The firm, Thompson Coburn, concluded in November that it could not substantiate any conduct by Trakas that “violates St. Louis County policy or applicable law,” according to documents obtained by 5 On Your Side.

Thompson Coburn referred all questions to Moore, who responded: “You already have our comment for your story. Thanks for giving us the opportunity to be part of it.”

Invoices obtained by 5 On Your Side through a Sunshine request show the firm billed the county for about 45 hours between September 2019 and January for about $19,000. The records show the firm spent almost equal amounts of time handling the investigation that cleared Trakas and negotiating the settlement.

Despite exonerating Trakas of any wrongdoing, the firm then worked for about four months to negotiate the $60,000 settlement with Read. Her yearly salary was about $45,000.

About two weeks before the settlement was finalized, on Feb. 18, Thompson Coburn donated $15,000 to Page’s Political Action Committee, according to campaign finance records.

Editor's note: An earlier version of this story contained errors about where the settlement took place and who signed it. This story has been updated.