Show-Me Success: The woman behind the secret recipe for Straub’s chicken salad

Joyce was making so much chicken salad at home she was chopping 48 pounds of celery a day. 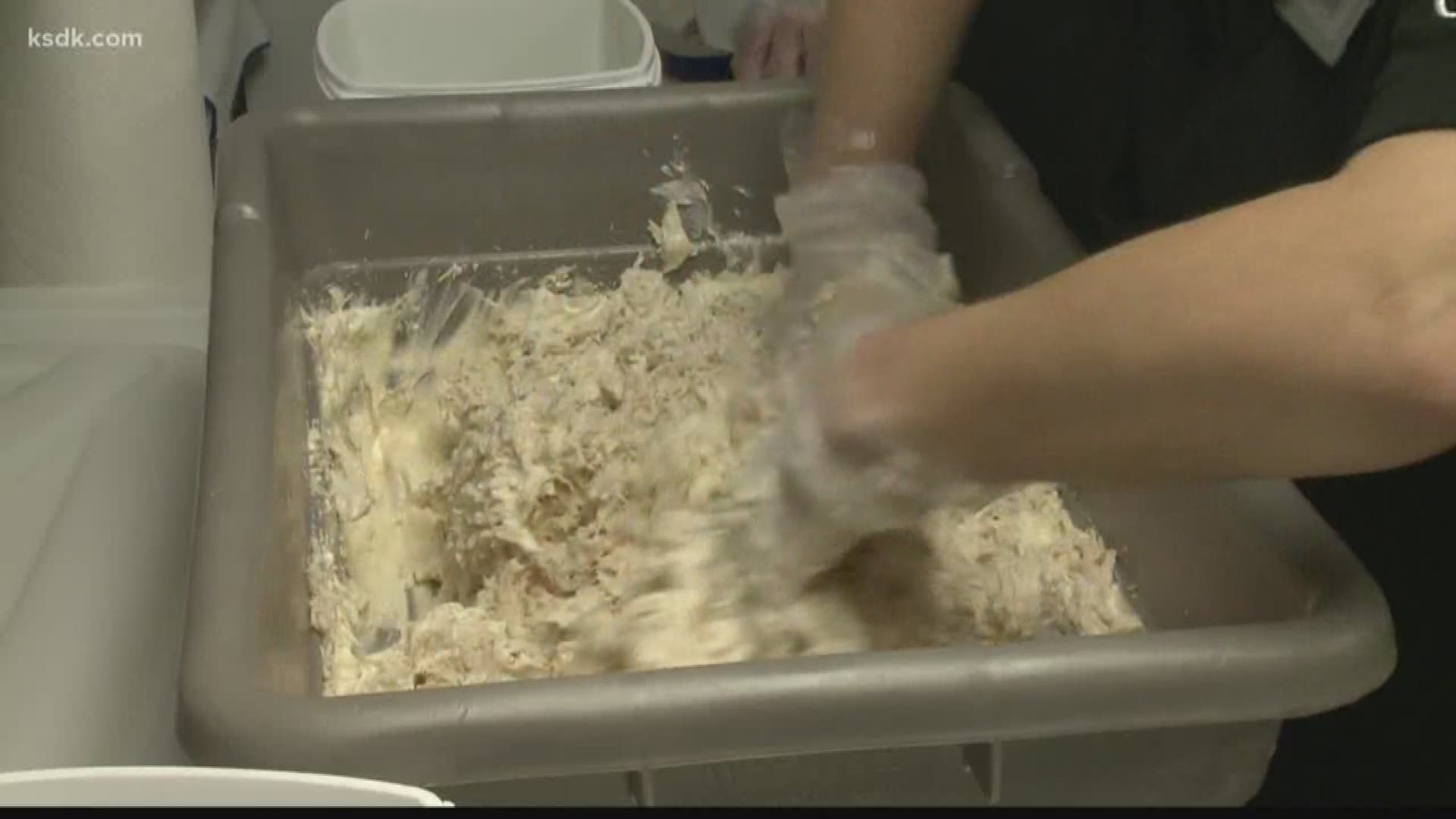 The grocer with four St. Louis area locations sells 41 tons of the mayonnaise-y magic a year.

But, what most people don’t know is that one woman is behind it all.

Joyce Shierding was a stay-at-home mom in St. Charles County. It was 1979 and her husband was a meat cutter at Straub’s. He came home from work one day with extra chicken breast and asked Joyce to whip up a chicken salad for the store’s deli. She did it and the rest is recipe history.

Joyce started making the chicken salad regularly for the store from her home. Her husband would bring the all-white meat chicken breast home from the store and the next day Joyce would make batch after batch in her own kitchen.

“It started out a couple of times a week with a little of nothing,” Schierding said.

Joyce made the chicken salad in her home for 11 years and with each year, her recipe grew in popularity.

“Usually New Year’s Day when I get a new calendar, I’d get it out and start marking the tons that I made,” she said.

Joyce was making so much chicken salad at home she was chopping 48 pounds of celery a day.

She and her husband bought extra stoves and refrigerators for their home.

By the 1990s Straub’s chicken salad had become a coveted creation and Joyce moved the operation into the Clayton store.

But, Joyce still wouldn’t share the secret recipe. She single-handedly made every batch of Straub’s chicken salad until 2002.

After that, she trained a few other female employees how to make it. They soon earned a nickname and soon that nickname became a bona fide job title: Chicken Salad Lady.

“They are one of our most prized employees,” said Straub’s President and CEO Trip Straub.

As far as the recipe, employees say people have cried, yelled, even faked allergies to try and ferret out the secret seasoning.

For this story, we couldn’t get it out of Joyce either.

Although, she would confirm the other ingredients: boiled bone-in all-white meat chicken breast that is hand-pulled, Hellman’s mayonnaise, celery and lemon juice.