Saturday, a third victim, Vivian Vu, a sophomore at Missouri Southern State University in Joplin, died from her injuries. 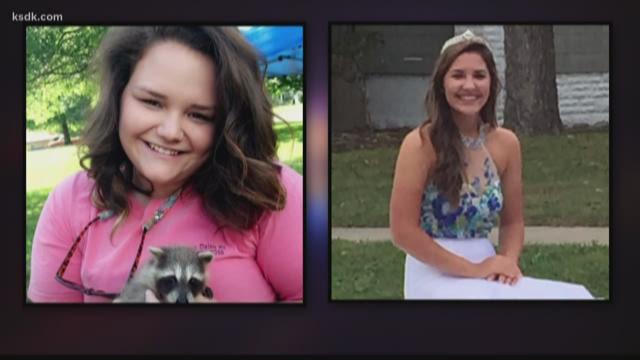 EDITOR’S NOTE: 5 On Your Side was told by an Illinois State Police spokesperson the brother was one of the people in surgery Tuesday night, however, the Madison County Coroner’s Office said that’s not true, in a press release.

The crash occurred in the southbound lanes just after 6 p.m. Troopers say at least eight vehicles were involved.

Five of the 12 people injured were flown by medical helicopters to hospitals. Hailey Bertels, 20, of Staunton, Illinois and her 17-year-old sister Madisen Bertels, were killed. Thursday, a third victim, Vivian Vu, a sophomore at Missouri Southern State University in Joplin, died from her injuries.

"It was a difficult morning with our staff and our students coming in," said Dan Cox, the Staunton School Superintendent, "but there was also the beauty of them supporting each other and help each other through this time."

The driver of the semi-truck that troopers say their initial investigation shows caused the crash is among the injured but expected to survive.

The crash happened during what ISP says are the busiest travel hours of the year and just outside a construction zone that may have caused traffic to slow down.

Troopers are stationed at hospitals where the truck driver and others injured are being treated. They hope to learn more information when the driver and the victims are able talk.

The crash closed southbound I-55 near Hamel, Illinois and was expected to remain closed past midnight. Early Wednesday morning, the interstate reopened to traffic.