Fire officials originally said 5 people were hurt, but updated that number to 4 injured 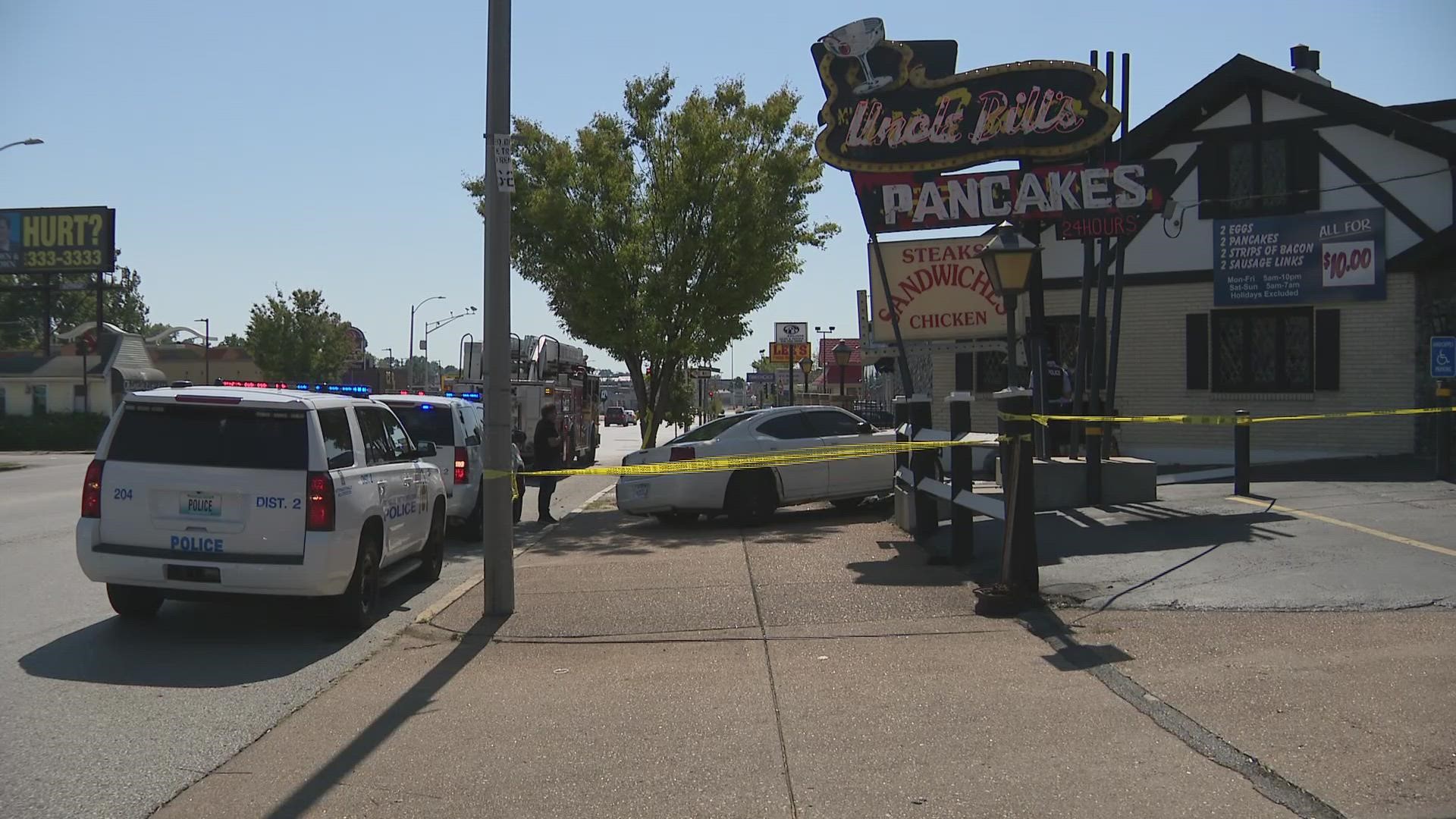 ST. LOUIS — Four people are hurt after a car crashed into the Uncle Bill's Pancake House in south St. Louis.

The call came in around 12:30 p.m. for the location at 3427 S. Kingshighway Blvd. near Oleatha Avenue in the Northampton neighborhood.

Fire officials told 5 On Your Side the driver of the car and a waitress were taken to a hospital in serious condition but their injuries are non life-threatening. Two others took themselves for medical treatment. We don't know the extent of their injuries. The St. Louis Fire Department at first said five were injured but updated that number to four people hurt.

Fire officials haven't said if anyone else was in the car.

We have a crew at the scene and will update this story when we learn more information.