Spire of St. Louis church collapses onto road below during severe weather

"The steeple has been a beacon of hope in the St. Louis area for 100 years and the church is on the historic building register," Centenary UMC shared with followers 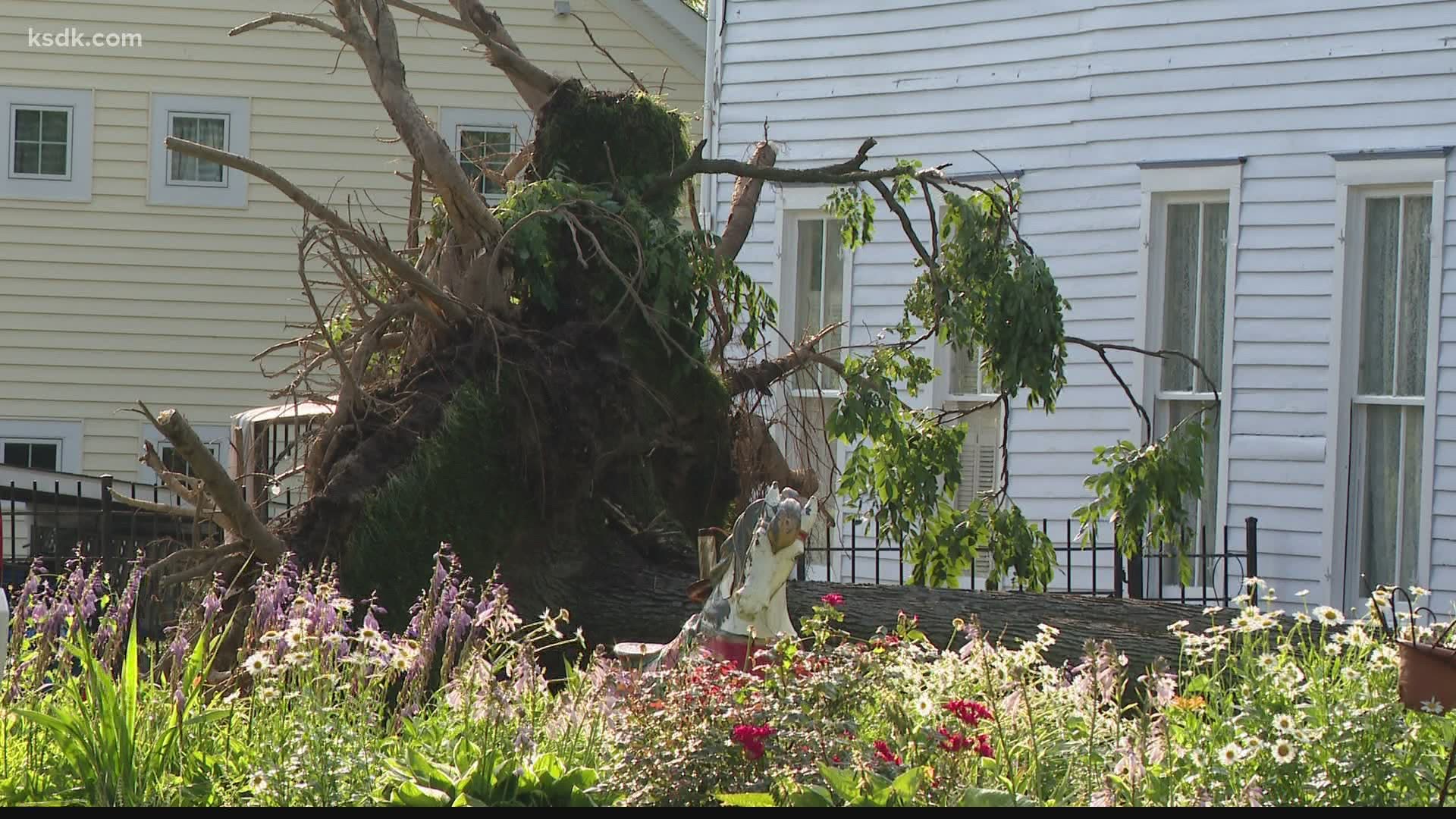 ST. LOUIS — No one was injured after the top of a church spire fell onto the street below in St. Louis' Downtown West neighborhood during severe overnight storms.

Firefighters were called to Centenary United Methodist Church near the intersection of Pine and N. 17th Streets at around 2 a.m. While the region was under a severe thunderstorm warning, the roof of the spire was thrown onto Pine Street.

Firefighters said none of the cars parked on the street or the parking lot were hit by debris.

According to tweets from the department, firefighters on the scene used thermal imaging cameras and a drone to ensure there was no fire or additional structural damage that posed an additional threat.

While #STLCity was under a Severe #Thunderstorm Warning with possible winds up to 60/70 mph, the Centenary United Methodist Church’s spire collapsed onto Pine St.

Miraculously, no injuries were reported. Also appears to have missed the parked cars; on the street & parking lot. pic.twitter.com/I2eJrSqHat

Firefighters said the damage appeared to be caused by the strong winds associated with the storm.

The church shared an update with followers Saturday afternoon, asking for donations to make repairs and prevent further damage.

"Extensive repairs will need to be made and we are seeking financial assistance to secure the bell tower from further damage and make repairs," the Facebook post from Centenary UMC reads. "The steeple has been a beacon of hope in the St. Louis area for 100 years and the church is on the historic building register."

Checks can be sent or given to Centenary UMC at 1610 Olive Boulevard in St. Louis. Donations can be made online here or sent via PayPal here.

As you may have seen on the news our historical steeple and cross were blown off in the storm. Extensive repairs will...

Posted by Centenary UMC of Saint Louis on Saturday, July 10, 2021

The storm also caused power outages around the St. Louis area. According to the Ameren outage map, about 45,000 customers in the greater St. Louis area were without service as of 8:45.

The first brought up to tennis ball-sized hail in west St. Louis County and heavy downpours in other parts of the region before 10 p.m. but did not contain as strong of winds.

The second line, which was the storm suspected of causing damage to the church, arrived in St. Louis at around 1 a.m. The second line of storms had winds up to 60 mph as it came through the St. Louis area.