The suspect shot at police from behind his car and officers returned fire, police said 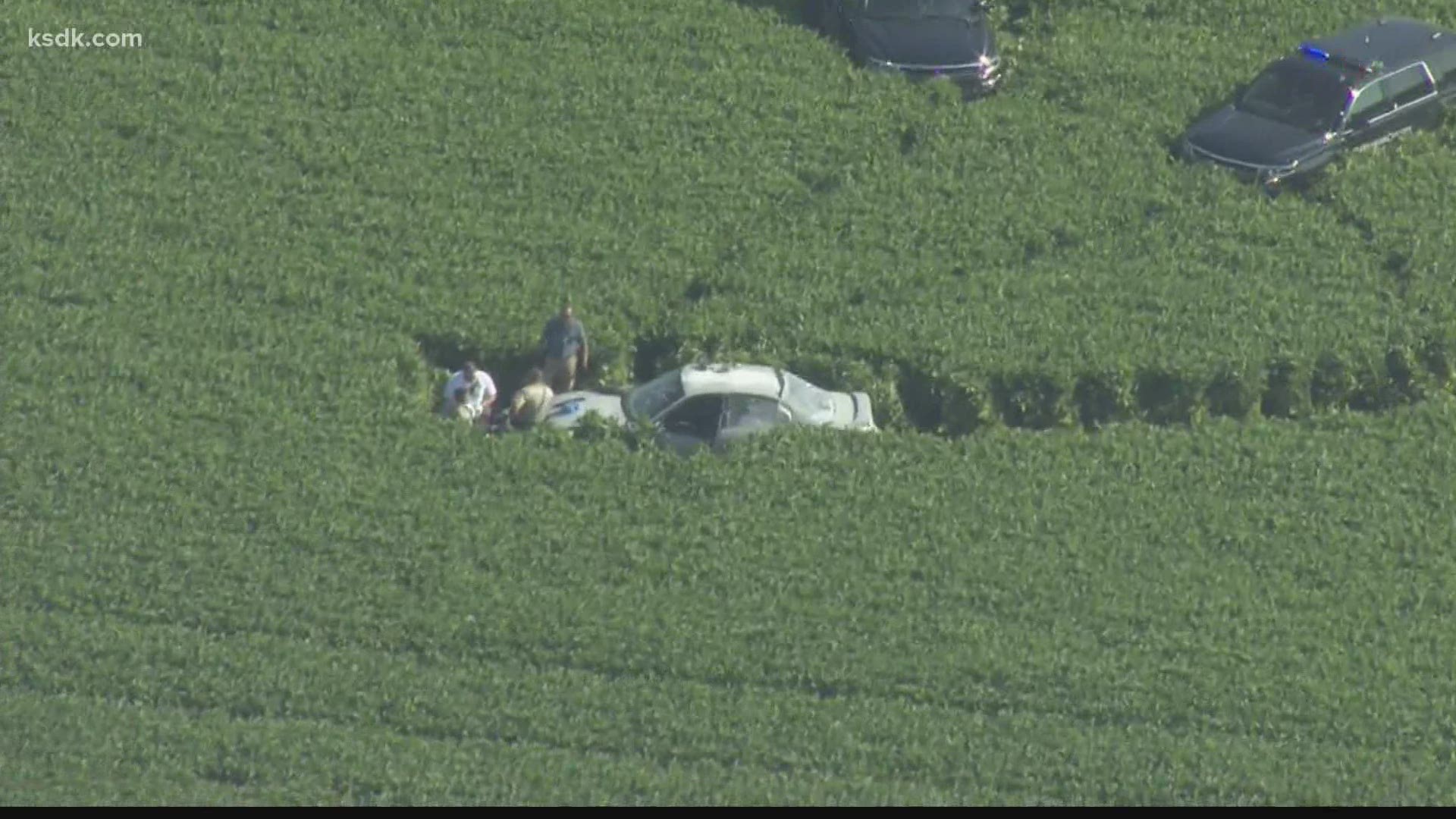 The suspect has been identified as 26-year-old Anthony Budduke.

Police said the homeowner confronted the suspect and the suspected fired shots. St. Charles County police responded to the scene and pursued the suspect and set up spike stripes, which resulted in four-flat tires of the car that Budduke was driving.

Police said a police negotiator had cellphone contact with the suspect during the pursuit and the suspect threatened officers and a passenger in the car. The suspect's car came to a stop in a field in West Alton, where the Budduke and a passenger jumped out of the car.

Budduke shot at police from behind his car and officers returned fire, police said. The suspect was taken to a hospital for life-threatening injuries, where he later died.

The suspect's female passenger of the car was not injured and is being questioned by police.