"You can see the boot marks on my shoulders where they straight stomped on me," he said. 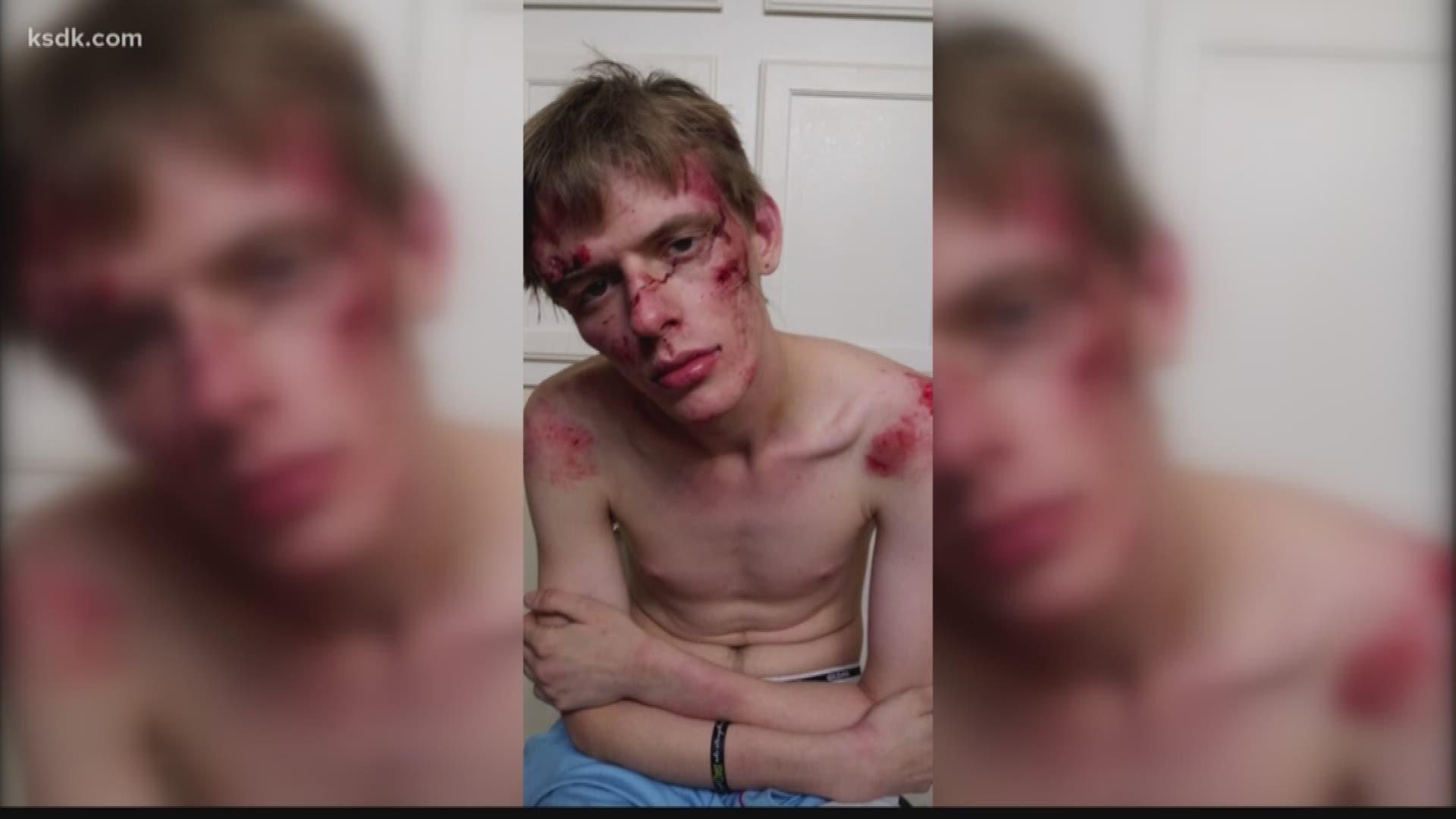 ST. LOUIS COUNTY — It was just before 2 a.m. Tuesday, and Robby Barnes said he and his friend were on Woodson Road, on their way to buy drugs, when they saw police lights behind them.

“They whip out behind us because they see a headlight out,” Robby said.

Robby was the passenger. He said the officers asked him to step out of the car.

"I tell them I have a scale on me. It's in my right hand pocket,” Robby said.

Somewhere between that encounter and his arrest, he ended up with a bloody face, head and body.

"You can see the boot marks on my shoulders where they straight stomped on me,” he said.

The assistant chief of Woodson Terrace Police told 5 On Your Side it was a rough arrest, but the officers were protecting themselves because Robby resisted, kicked and spit at them.

"I was literally spitting out blood and my own hair,” he said.

Robert said his son isn't perfect, he's been arrested before, but he believes him.

"Everybody knows somebody who's got problems with this epidemic, but that don't give you the right to beat somebody,” Robert said.

What he can't believe are Robby's injuries.

"There has to be some justice somewhere, and I'm not gonna let it lie until there is some,” Robert said.

Robby is facing four municipal charges, including assault on a law enforcement officer.

Police said the officers involved are not being investigated.