Business owners say the lack of parking and the barricades are a deterrent to shoppers, impacting sales from the annual Christmas Traditions event 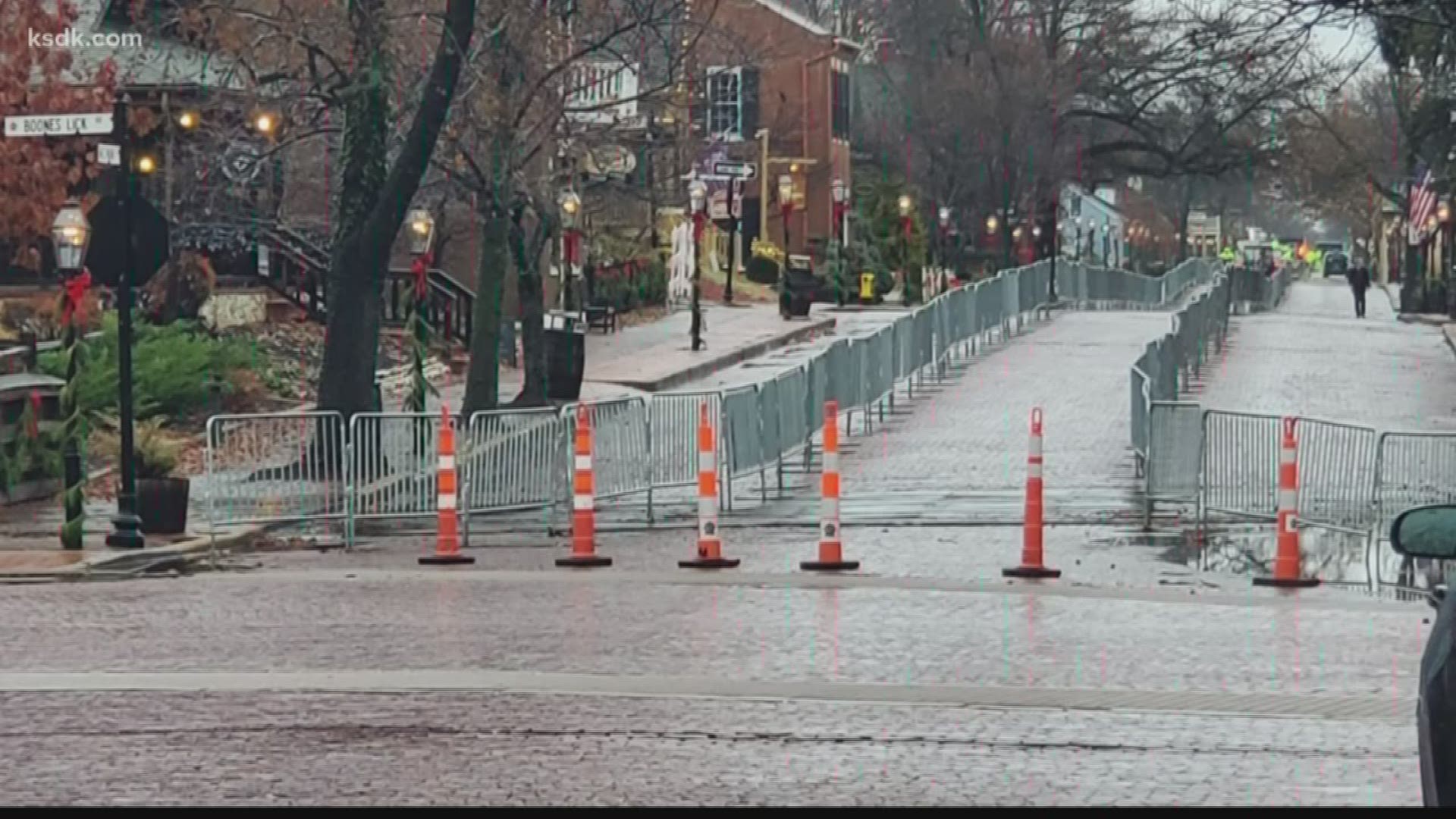 UPDATE: On Thursday, a judge ruled that the city of St. Charles can't put up barricades along Main Street.

ST CHARLES, Mo. -- There is a legal battle between business owners in St. Charles and the City of St. Charles over the installation of barricades at the annual Christmas Traditions event.

On Saturday, the city installed barricades along Main Street to limit one lane of car traffic. That eliminated about 180 parking spaces.

Business owners say the lack of parking and the barricades were a deterrent to shoppers, and they saw decreases in sales.

Bob Schuette, who owns a home décor store, First Capital Trading, Inc., said his Saturday sales were down 30 to 40 percent compared to the year before.

The city proposed changes to the formation of the barricades during the next three weekends of Christmas Traditions. The plan is to completely close part of Main Street in St. Charles and make it open to pedestrians only.

Schuette and 10 other business owners filed for a temporary restraining order against the City of St. Charles. Attorneys argued their cases in court Wednesday.

Mike Valenti, the St. Charles City Attorney, argued the barricades were necessary for the safety of the pedestrians. Witnesses for the city testified that the sidewalks are so crowded that pedestrians often walk in the street, along moving vehicles.

Judge Mike Fagras is expected to make a ruling by Thursday afternoon.

RELATED: 'She got the special surprise from my daughter' | Family pranks porch pirate with dirty diapers