'It's been a good day' | St. Charles shop owners rejoice at removal of Main Street barricades

Moms, dads and many others snatched up a variety of treats for their four-legged friends.

For Marilyn Keevin, the owner of the popular pooch place, seeing scores of shoppers meant her business was on the rebound.

"We were busy non-stop since 10 Saturday morning, so it's been a good day," said Keevin.

A week ago, on Small Business Saturday, the city of St. Charles put up barricades along South Main Street. 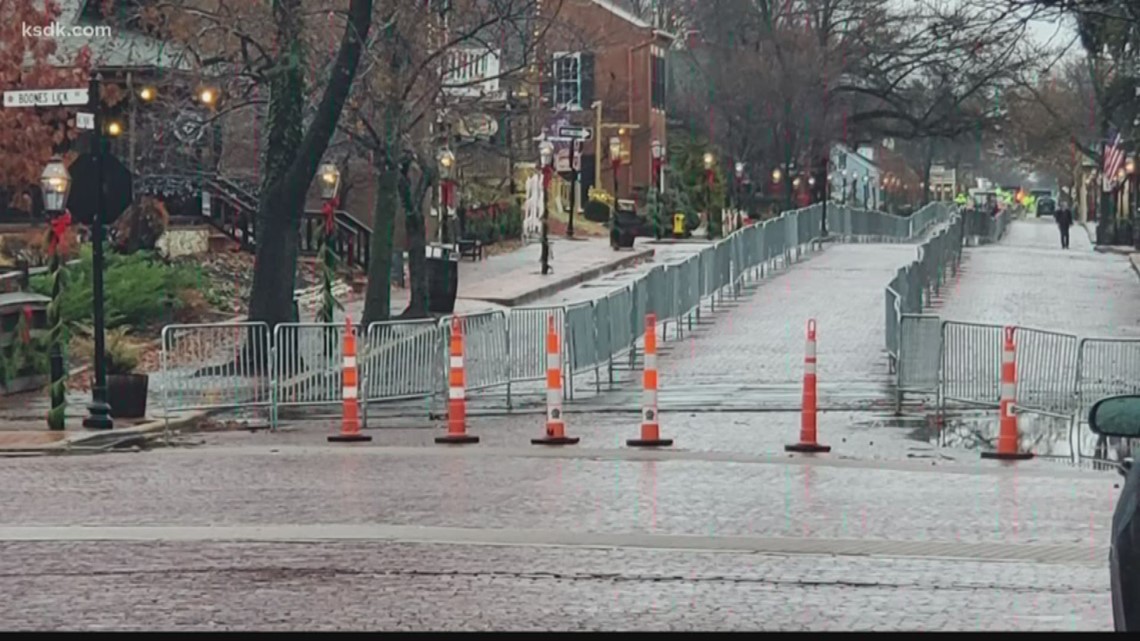 The barricades allowed one lane of vehicle traffic and blocked almost 200 parking spots.

The city said the move was necessary to keep pedestrians safe.

"Barricades shouldn't even been down here. It takes away from Christmas traditions," said Marilyn Keevin.

Keevin and 10 other business owners sued the city because more barricades were supposed to go up Saturday. They would have closed off most of South Main Street to drivers and allow only foot traffic down the popular street.

However, a judge ruled in the business owners' favor.

"I think the city was trying something new and it didn't work out," said Marilyn Keevin.

Just down the street at Laura's La Petite, Owner Laura Henderson says opening her doors today on a barricade free day was like receiving an early Christmas gift.

"We are very excited. Lots and lots of people. This is what Main Street's all about. We just couldn't see the barricades go up again this weekend," said Laura Henderson.

St. Charles Mayor Dan Borgmeyer says he is willing to work with the business owners on a compromise that will keep people safe.

"I think the city is doing the best it can," said Henderson. "There are police officers out there to keep everyone safe. Even people have said to me they're being more cautious."