The city was preparing to put up barricades again this weekend, but now that's not going to happen 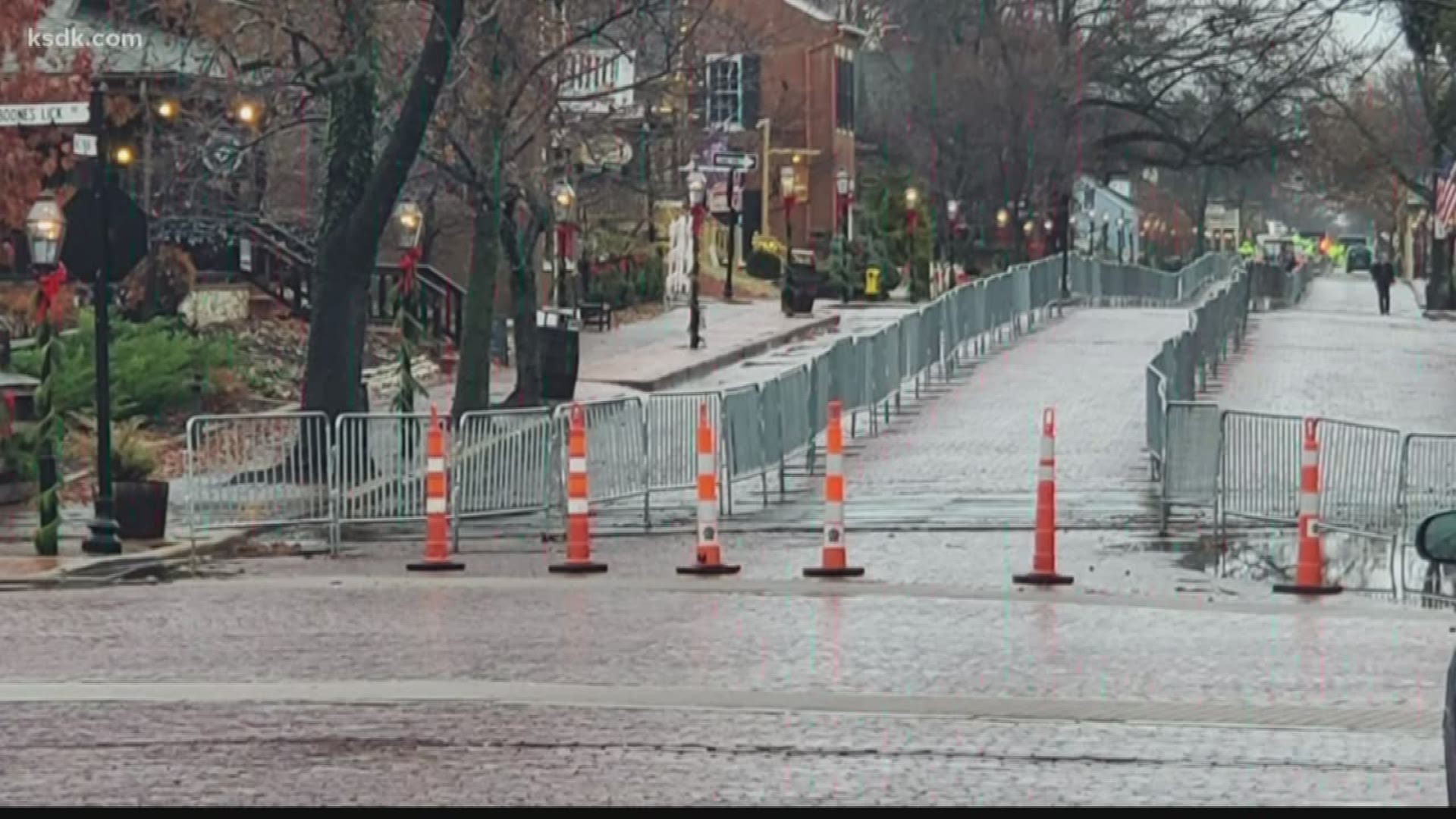 ST CHARLES, Mo. — A group of small business won a battle over barricades.

Last weekend, the city of St. Charles put up barricades along south Main Street during the Christmas Traditions event. The barricades allowed one lane of vehicle traffic and blocked 178 parking spots.

The city was preparing to put up barricades again, this time shutting down all vehicle traffic and making a portion of Main Street only open to pedestrians.

A group of 11 business owners sued the city, asking for a temporary restraining order. Thursday, Judge Mike Fagras sided with the business owners, meaning the barricades cannot go up.

Laura Henderson, owner of Laura’s LaPetite, said the barricades hurt her business. She said her sales on Small Business Saturday, the day the barricades were installed, were down 48 percent from the same day last year.

“It was devastating to our business,” she said. “We had very few people.”

Henderson and ten other business owners sued the City of St. Charles. The city was prepared to put up barricades again this weekend. This time, the plan was to close off most of South Main Street to vehicle traffic and allow only pedestrians.

“We could not face another weekend of this happening,” Henderson said.

The city argued the barricades were necessary to keep pedestrians safe.

“What the judgement did, is handcuff us, public safety-wise,” said St. Charles Mayor Dan Borgmeyer. “That's all I care about.”

Borgmeyer said he is willing to work with the businesses on a compromise that will keep people safe.

“I hope the merchants prosper,” Borgmeyer said. “I hope they do well, but I don't want anyone hurt.”

RELATED: 3 St. Louisans on the next season of 'The Great American Baking Show'

RELATED: Here's what you should do if powerlines fall on your car