In the meantime, the refuse department is suggesting residents utilize the nearly 30 drop-off locations 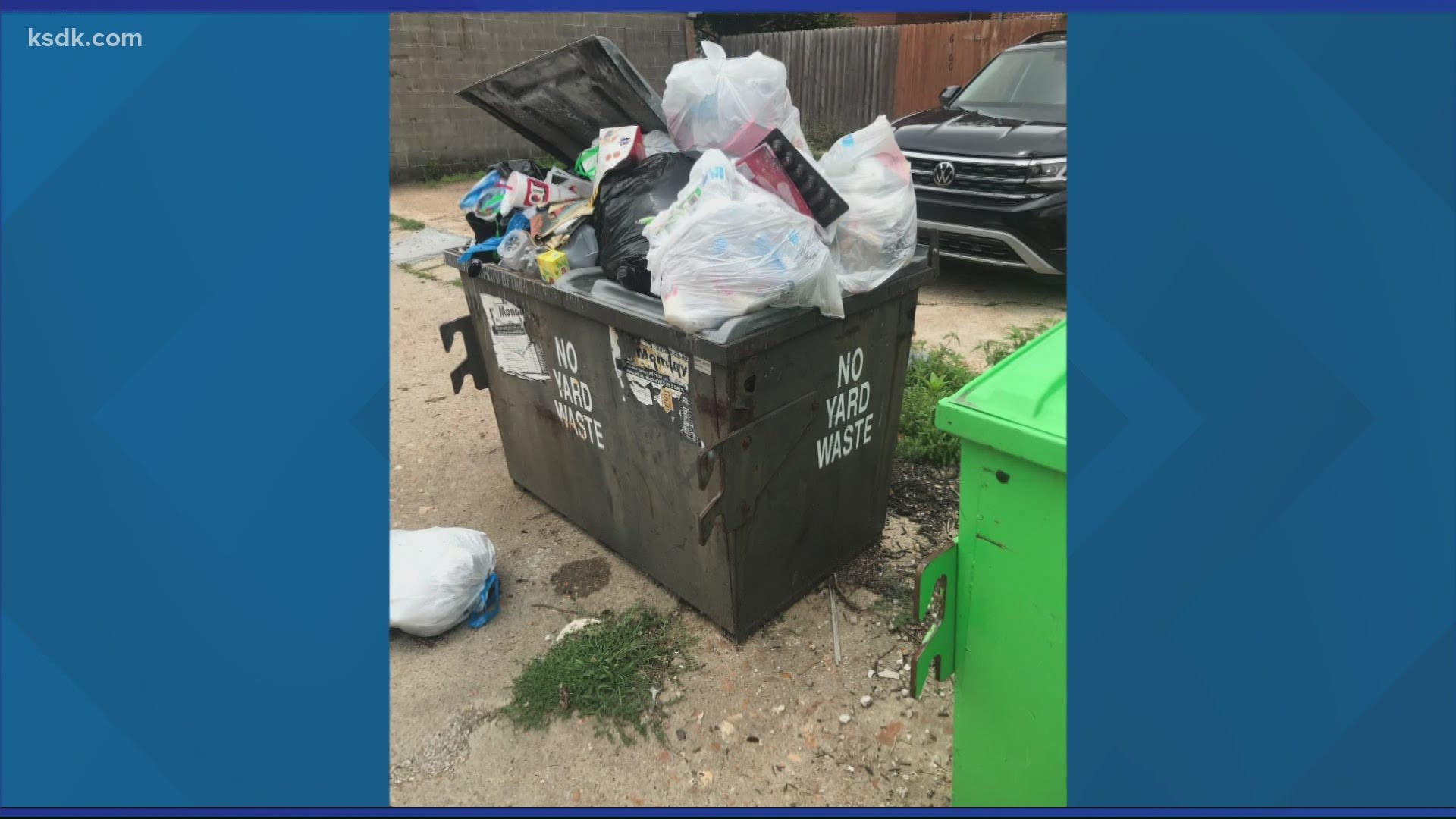 ST. LOUIS — As the city of St. Louis faces a worker shortage in the refuse division, the department is asking residents to use recycling drop-off locations.

Earlier in the week, photos circulated online showing overflowing dumpsters in alleys around the city. Mayor Tishaura Jones said a staffing shortage and multiple city holidays contributed to the pileup, and the current crews were working seven days a week to catch up.

In the meantime, the refuse department is suggesting residents utilize the nearly 30 drop-off locations.

“The Refuse Division is taking every action to make sure residents have their trash picked up in a timely manner,” City Refuse Commissioner Todd Waelterman said in a press release from the mayor's office. “As we continue to search for applicants to fill vacant positions, the Division asks residents to drop off recycling at nearly 30 locations across the City until this long-standing shortage is resolved to ensure their recycling is collected and processed.”

Locations and hours for recycling drop-off sites can be found here.

The city is looking to fill the openings in the refuse division. The positions are union jobs with competitive pay and benefits. Additionally, the department is offering $1,500 signing bonuses for new hires, and a $500 referral bonus to existing employees who help find new employees.

The city is also looking to fill more than 100 different vacant positions across departments. The minimum wage for all city jobs is $15 an hour with competitive benefits. For more information about the openings and to apply, click here.